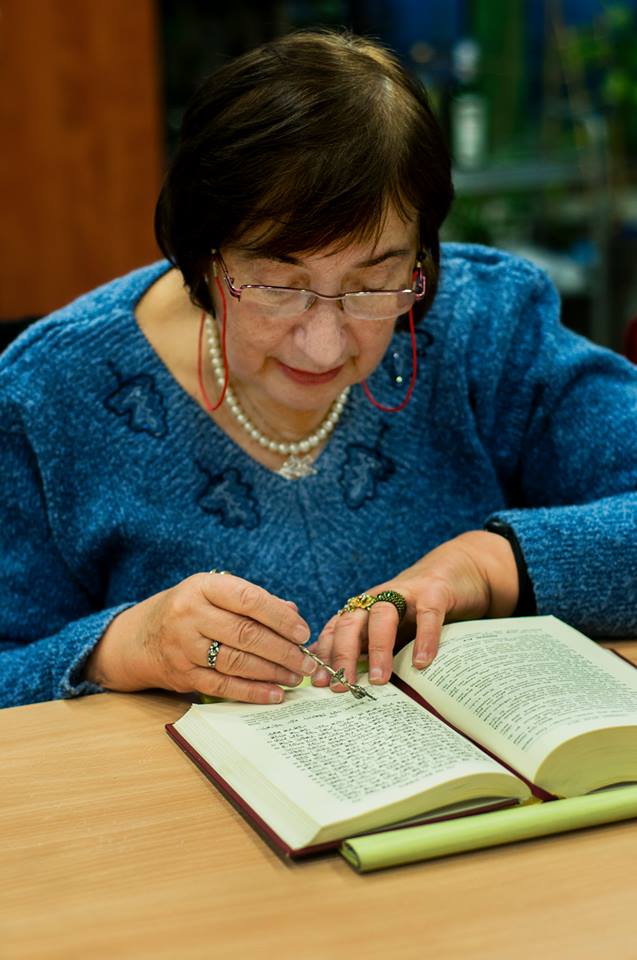 Zosia Radzikowska is a celebrity around the Krakow JCC. At the age of 82 she is widely regarded as JCC’s most active member: she comes every day, is a singer in the choir, studies Hebrew, engages in senior club activities, studies with the rabbi weekly, is the editor of the monthly newsletter, ‘Jestesmy’ and gives the Dvar Torah at the Friday evening Shabbat dinner every week! She also finds the time to speak to groups about her journey which are quite numerous as over 120,000 visitors walked into the doors of the JCC last year.

The crazy thing is, all this might not have taken place—Zosia might very well have been lost to Jewish life like many other Poles over the past years.

For over forty years, during Communism, Zosia had virtually no connection to Jewish life. She did not go to Synagogue, almost never socialized with other Jews, pursued a Polish, secular lifestyle, advanced to prominence in her legal profession, married and raised a family and even got involved in politics. Zosia did not think about God, nor Jewish life, if there was any left, her home had no Mezuza and her Jewish past was becoming a faint memory.

And we wouldn’t have blamed her. As a young child during the Holocaust, Zosia survived by forging a new Christian life, forgetting about her past and always staying ahead of the evil forces seeking to destroy. Her father was murdered in Auschwitz, her grandfather in Tarnow; she survived together with her mother, assuming a different identity.

When she returned to Krakow after the war she managed to spend a few years in the Zionist school but it was quickly shut down and soon almost no remnant of Jewish life remained. 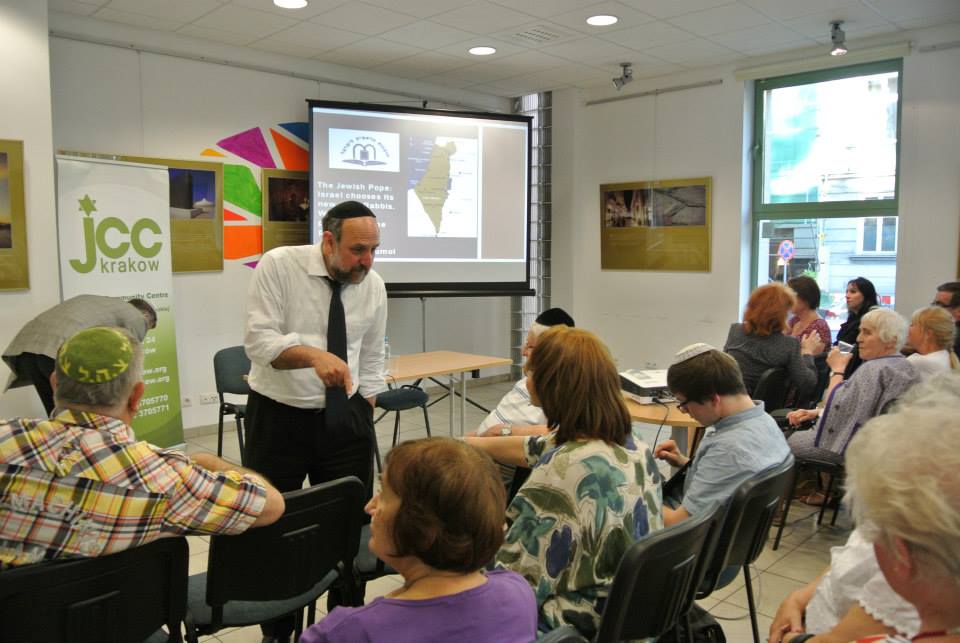 In 1991 Zosia says she experienced her ‘Bereishit’—her rebirth. Rabbi Michael Schudrich, then working for the Lauder Foundation, opened the door to Judaism once again for Zosia. In the Lauder camps, she learned about the joy of Judaism, how to pray once again, singing Hebrew songs on Shabbat and once again how to believe in God. 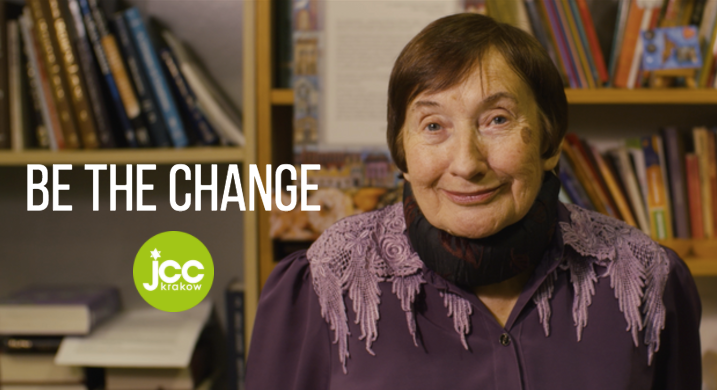 Since then she reconnected with survivors her age, started engaging more with Israel and with Jewish life and when the JCC opened in 2008 her Jewish life dramatically. I have been privileged to study Torah together with Zosia every Shabbat and teach her as well as learn and be inspired by her. 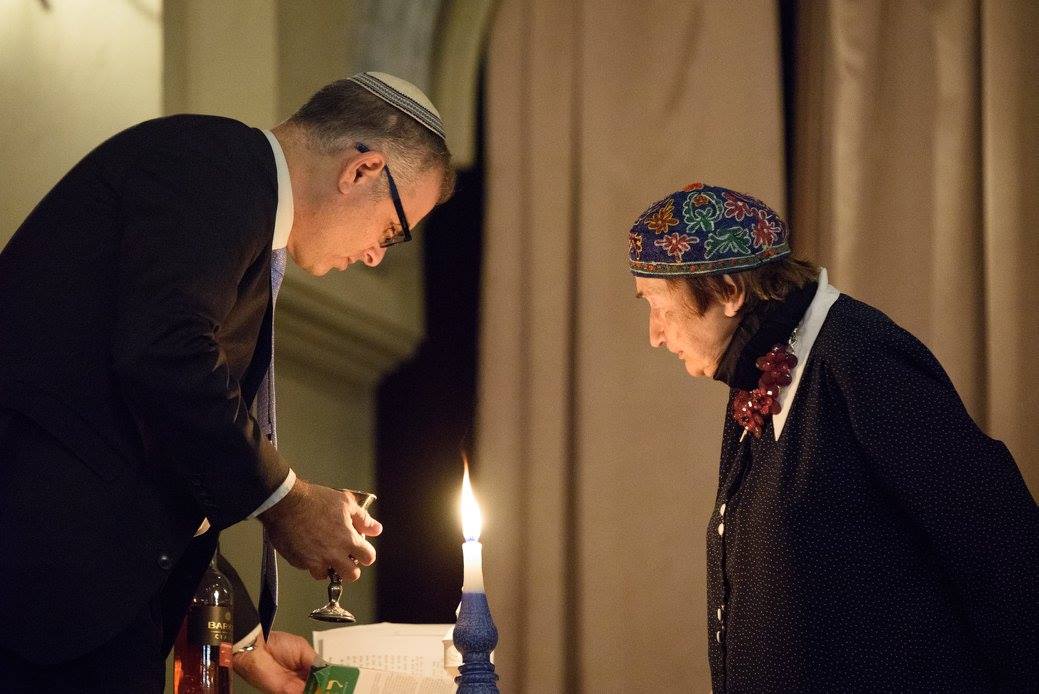 The highpoint of her religious experience came recently when she celebrated her ‘Bat Mitzvah’ on her 82nd birthday. We discussed last year, together with my wife Hadley, the idea of her and others celebrating a bar or bat mitzvah, something they were unable to do during war or post-war Poland. 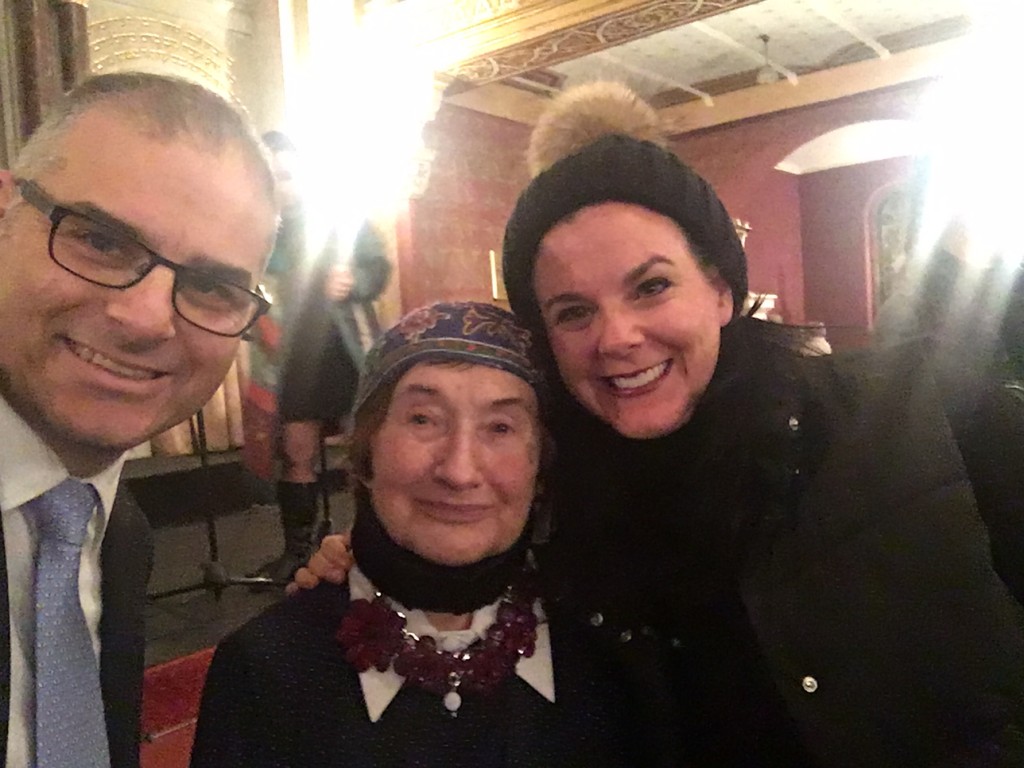 There was a festive air in the JCC that Shabbat as Zosia would celebrate with so many in the Jewish community. She of course prepared her dvar Torah, studied the Torah reading and learned how to make Havdalah together with the meaning of Shabbat and its separation from a new week. 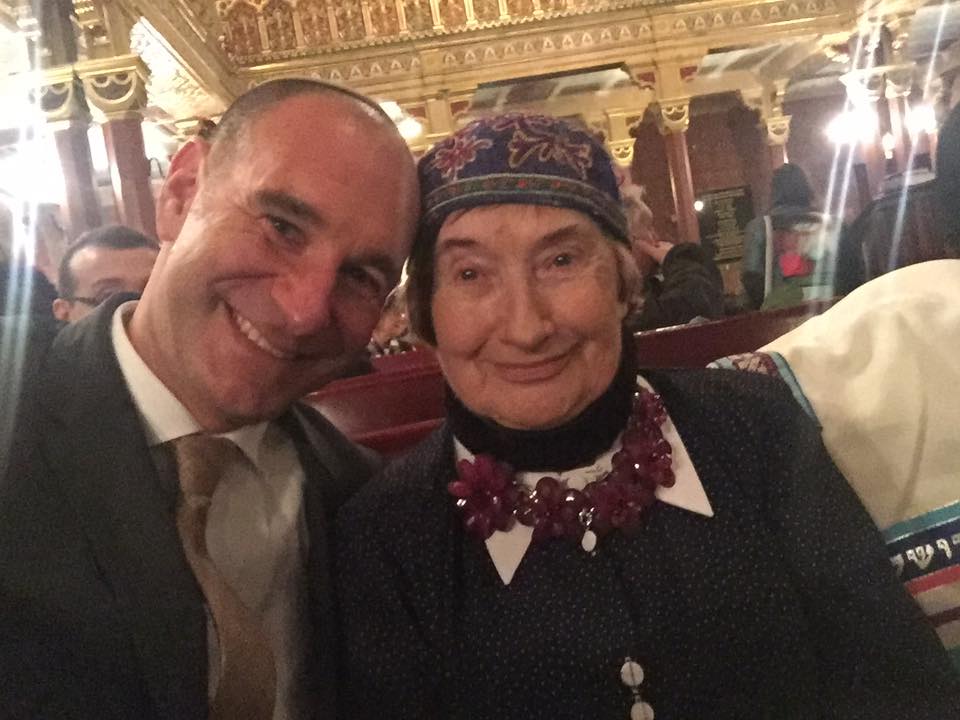 At Havdallah in the Tempel Synagogue, in front of family and friends, Zosia was touched to tears hearing the special blessing from Director of the JCC Jonathan Ornstein and being surrounded by her family and loved ones. 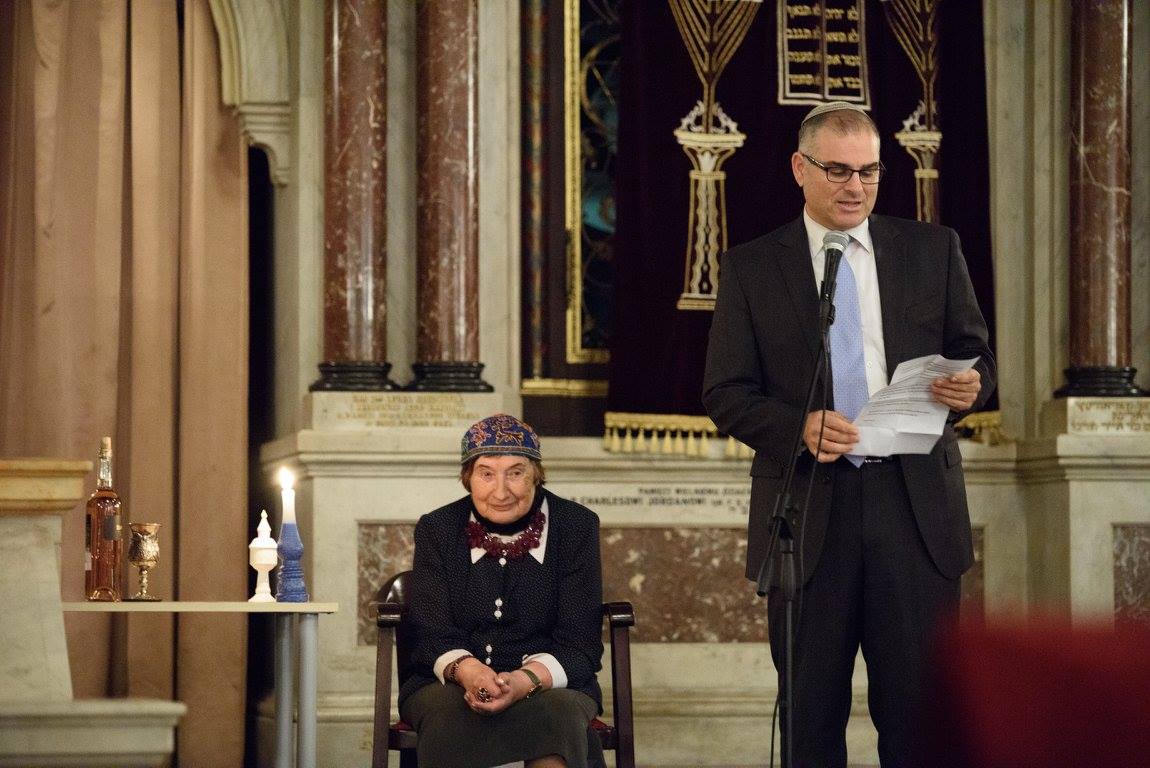 I spoke of the sadness as Shabbat ebbs away and how the candle represents the light of Judaism, of a new week, of the attitude to keep going and overcome the sadness, and the hope of another spiritual Shabbat only six days away. Sometimes people succumb to darkness of their past; not Zosia—she is that spark, that light which never extinguished which spreads warmth, love and light to all.

If I came to Krakow only to be able to study Torah and share a Bat Mitzvah with Zosia, to watch her grow and lead, and to be inspired by her will to live and love—dayenu! 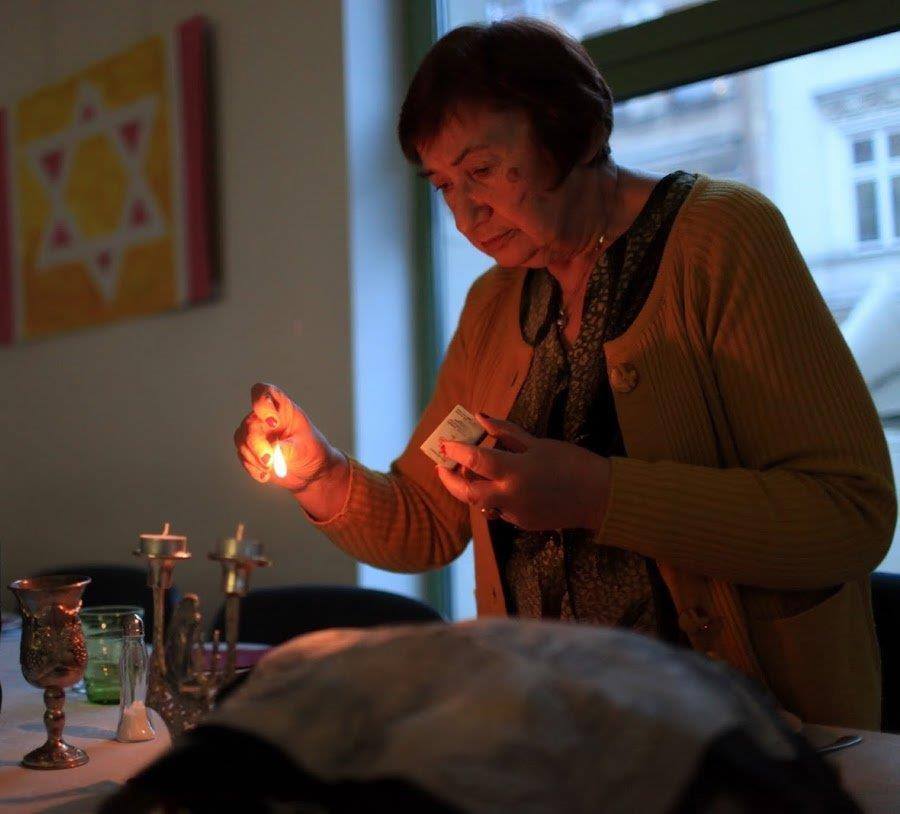 About the Author
Rabbi Avi Baumol is serving the Jewish community of Krakow as it undergoes a revitalization as part of a resurgence of Jewish awareness in Poland. He graduated Yeshiva University and Bernard Revel Graduate School with an MA in Medieval JH. He is a musmach of RIETS and studied at Yeshivat Har Etzion in Alon Shevut. He served as a rabbi in Vancouver British Columbia for five years. Rabbi Baumol is the author of "The Poetry of Prayer" Gefen Publishing, 2010, and author of "Komentarz to Tory" (Polish), a Modern Orthodox Commentary on the Torah. He also co-authored a book on Torah with his daughter, Techelet called 'Torat Bitecha'. As well, he is the Editor of the book of Psalms for The Israel Bible--https://theisraelbible.com/bible/psalms. In summer 2019 Rabbi Baumol published "In My Grandfather's Footsteps: A Rabbi's Notes from the Frontlines of Poland's Jewish Revival".
Comments
Advertisement