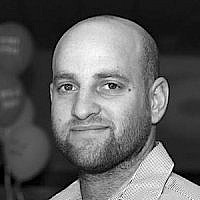 The Blogs
Itzik Kushel
Apply for a Blog
Advertisement
Please note that the posts on The Blogs are contributed by third parties. The opinions, facts and any media content in them are presented solely by the authors, and neither The Times of Israel nor its partners assume any responsibility for them. Please contact us in case of abuse. In case of abuse,
Report this post.

The last day of the summer vacation between the 10th and the 11th grade wasn’t just an ordinary day for me.

I was a child, maybe 8 or 9 years old, when research began in Israel to try to determine if diabetes is a genetically determined condition or not. My father was diabetic and consequently my sister and I were checked for antibodies. I tested positive. As a result, I lived my life during the following years with a cloud of dread that the condition may erupt in me at any time. By the end of the summer vacation between the 10th and the 11th grade I started to have typical symptoms of diabetes, thirst and frequent need to urinate. My father wasted no time and sent me immediately for blood tests. On the last day of the summer vacation the phone rang and my father told me that the test results arrived. I had diabetes.

Probably a normal rational person, experienced by living with a father with diabetes, would be occupied with thoughts about a future full of injections, blood tests, eating “right”, giving up sweets etc. But there was only one thing that really troubled me. I wouldn’t be able to be a fighting soldier in the IDF. Since the 9th grade I remember my interest about the army, going deep into websites, reading articles, asking questions, investigating the IDF structure, the different units and the people. I organized a military preparation group in my town for my friends and me. I taught my scout students about the IDF. I knew already in the 10th grade exactly what I wanted to do in the IDF.

After that first shock came the beginnings of recognition of the reality and the trickling understanding that health is the most important thing. And then came the slow acceptance that the military service I had envisioned for myself was going to be different. There was disappointment from time to time but it did not prevent me from participating in the military preparation group and I focused on the primary goal for my military service, giving of myself to the Israeli society. My activity in the Israeli scouts helped me to understand that the essence of giving to the society can be done in many ways. I learned to understand that serving in the army is only one of many possibilities. As a teenager I contributed to my community as a scout’s counselor and later by participating in “Shnat Sherut”. As an adult, I do my best to continue to do so.

My army draft call-up came in the mail. I had no doubt, though not obligated to serve because of the diabetes, that I would volunteer to serve in the IDF and that I would try to fill a meaningful position during my years of service. Gladly, with the help of JDRF Israel, the volunteering process was completed successfully and I served in the intelligence department of one of the IDF’s elite units.

Military service for people with diabetes is not a simple experience. Diabetes, by its nature is always on your mind and needs to be actively dealt with all day every day. It is a burden, but a burden that, given positive conditions and support, can be carried.

My time in the army, in addition to being involved in meaningful service, strengthened and clarified my belief that as important as military service is, it is only one option. There are endless options for ways to contribute to society. Volunteering to serve in the IDF provided me with a sense of putting the greater good before my own. That understanding continues to provide a guideline for my choices in my life.

Dear diabetics, it is true that you will not participate in combat with knives held in your teeth. It is also true that if you truly want and choose to serve in the army, you will be able to give of yourself and contribute to the army and the society very much so. The most important thing to realize is that you have an entire life to live and contribute and to be active in promoting a more just, equal, united and democratic Israeli society.

The Juvenile Diabetes Foundation in Israel- also known as JDRF Israel is accompanied juvenile diabetes patient who decides to join the army.

As a part of Diabetes Awareness Month, which is held in November, JDRF Israel held its annual conference which included representatives from IDF which spoke about the growing amount of volunteers that decide to join IDF.

About the Author
Itzik Kushel is a diabetic that is volunteering with the Juvenile Diabetes Foundation in Israel.
Comments