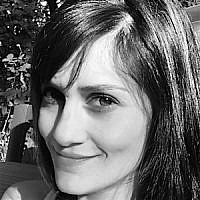 The Blogs
Klari Goldman Bates
Apply for a Blog
Please note that the posts on The Blogs are contributed by third parties. The opinions, facts and any media content in them are presented solely by the authors, and neither The Times of Israel nor its partners assume any responsibility for them. Please contact us in case of abuse. In case of abuse,
Report this post.

Do you support the right of an indigenous people to live on their own land? Do you support LGBT rights? Cutting age medical marijuana research? I sure do, but I’m being told that being Pro-Israel makes me conservative and now I’m feeling confused. This has troubled me for a very long time, I noticed it on campus while I was in college, and I notice it now as a politically-active adult. The Pro-Palestinian movement has attempted to align itself with a variety of causes pertaining to minority and liberal issues.

Their cause has effectively become the darling of the far-left movement, they’re at every event with a left leaning agenda. Gay Pride in San Francisco? There they are. Event about Che Guevara? Why is everyone wearing a keffiyeh? I’ve been called a “right-wing fascist” because of my support for Israel. Yes, other than my unwavering support for LGBT rights, my stance on Medical Marijuana, my support of women’s reproductive rights, my anti-war attitude- I am a right-wing fascist, that sounds about right.  My fellow lefties have fallen victim to a lot of jargon, a lot of bogus information. If there is a Pro-Palestinian presence such as The Students for Justice in Palestine, or supporters of the BDS movement (Boycott, Divest, Sanction) at an event that I want to attend, does my presence imply that I’m anti-Israel?

As a minority, as the Granddaughter of a holocaust survivor, and as a decent human being, I’m very disturbed with what happened that day in Ferguson. I’m against militarized, power-hungry cops, I’m against the mistreatment or victimization of minorities, but I fail to see the connection between Michael Brown and the Palestinian situation. It is these misalignments, these false connections that cement Israel as the bad guy. I for one, am not ready to give up on Israel being part of the left-wing agenda.

The SJP narrative is undeniably full of misinformation. While the sound bites and smart-sounding jargon sound liberal and progressive, it does nothing to help lead the fight for Palestinian Statehood. Additionally, some people don’t want these SJP/BDS type-movements aligned with their own because they don’t agree with the means to which the Palestinians have chosen to express their struggle. To quote a wonderful piece by Chloé Simone Valdary, “To the Students for Justice in Palestine: A Letter From an Angry Black Woman,” “You do not have the right to invoke my people’s struggle for your shoddy purposes.”

The most worrisome aspect of this alliance is that the left embraces Palestinians, yet it asks nothing of them. It often excuses or ignores terrorism by claiming they have no other means. It looks past the Islamist regime which was elected in Gaza and says it isn’t in a position to pass judgment. I want to explore that, along with other issues I have with the love affair between the far-left and the Palestinian cause, namely supporters of BDS or SJP.

-A lesson in Hypocrisy-

Ever heard of the terms “noble savage,” “le bon sauvage,” or “the good wild man?” The notion that the uncorrupted native man must be the epitome of goodness and be a symbol of our inherent wonderfulness? Well, that’s a construct of The White Man, and it should be insulting. Instead, that notion is exactly what’s projected onto the Palestinians and it’s beyond erroneous. The Palestinians play the role of the native, while Israel is the oppressor. This narrative systematically erases the Jewish connection to the State of Israel. It goes hand in hand with the constant infantilization of Palestinians by the EU and UN where Israel was recently referred to as the “Big Brother.” What does that imply? That the Palestinians are incapable of making good decisions without a strong role model? Who chooses their sworn enemy as their role model? The Palestinians are actual people, people with flaws and varied points of view.

What the far-left is doing is damaging to the Palestinian cause because it gives one voice to the 11 million people who identity as Palestinian. Even worse is the fact that it’s done without their permission. There is no cohesive vision between the Palestinian factions, therefore no one can claim to represent the people. The people who speak the loudest on behalf of the Palestinians often lack the credentials to do so. It is not progressive to have lower expectations for an entire group of people, it implies that those people are inherently incapable.

Jews can easily trace their roots back to Israel, but as a diaspora community we come in all shapes and colors. It is unfair to Jews who identity as Jewish and __ to turn this into a Black vs White issue. Israel vs. Palestine has nothing to do with race as we perceive it in the United States. Whatever you claim to see is a social construct that came from the outside. It’s something Americans and Europeans do in an attempt to fit this crisis into a narrative that they can understand. Over half of Jewish-Israeli’s come from Middle East or North Africa, places like Iraq, Syria, Yemen, and Morocco. These Jews were Arabs, since all that should imply is the use of the Arabic Language. You cannot tell the difference between an Iraqi Jew and an Iraqi Muslim. There are Arabs as white as Irishman, and Jews as dark as Africans. Color is meaningless.

But, I’m sure you’ve heard that “Israel is an Apartheid.” If that’s the case, isn’t it sort of strange that Miss Israel was black? Or that the 1.6 million Israeli-Arabs are the only Arabs in the entire Middle East to enjoy complete political and religious freedom? Or that Arabs can live and work wherever they want? They CHOOSE whether to become a surgeon or a jihadi.

One of the most effective methods to sway someone to become anti-Israel is to explain to them that the Jews are committing genocide and want to “ethnically cleanse” Israel of Arabs. This is an absolutely absurd and baseless claim. In 1948 there were by generous estimates, 600,000-700,000 Palestinian refugees, there are now 4.4 million Palestinians living in the Gaza Strip and West Bank. So their population has grown and grown while they’re experiencing what they call the “Palestinian Holocaust.” Is it even necessary to point out that their assertion makes no sense?

Here are some additional tidbits to demonstrate just how “progressive” Israel’s future neighbors are.

It is a fact that the Palestinians demand their future state be Judenrein. That means no Jews allowed. The issue is that the West Bank (Judea and Samaria) is religiously significant to the Jewish people. Prior to Israel regaining control of Jerusalem in 1967, Jews were not allowed to pray at the Western Wall. It is very significant to tell a group of believers that they will probably be unable to access places that they feel are holy. Israel has no parallel aspiration to rid itself of Arabs, or diminish the religious connection between Islam and Jerusalem.

It is a fact that the Palestinian media perpetuates stereotypes about Jews. Cartoons depict us as hook-nosed and greedy, they claim we are taking over the world, run the banks, the media, everything. Last week the Palestinian media was reporting that Israel trained Wild Boars to taunt Palestinians, they claim Israel poisons the water supply, they claim Israel sells Palestinian body parts on the black market, shall we just call it a good old fashioned blood libel and move on? They actually took the term “Zionist Pig,” and conjured up a story which made it to the international media. It would be funny if it weren’t so scary. 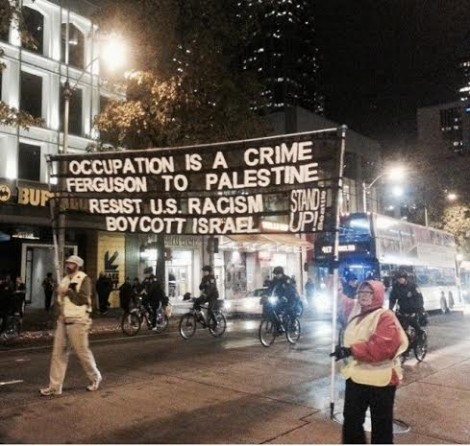 To quote a Hamas official, “Anyone who has a knife, weapon, or car and is not attacking a settler or Jew, or killing tens of Zionists, does not belong to Palestine.” So, as they claim to be victims, they promote genocide. I think it goes without saying, but genocidal tendencies are not progressive.

Hamas and the Palestinian Authority incentivize and incite terrorism on a consistent basis for no other reason than to kill Jews and continue this conflict. If the reason was land, this would’ve been resolved a long time ago. The problem is that they don’t want “some land” they want ALL of the land. They question Israel’s legitimacy, even though it was founded through the same process as every other country in the modern Middle East. Some might disagree with that, but Israel’s stance has always been to support Palestinian self-determination, just not at the expense of Israeli security. Yes, there have been wars, but Israel has never wavered from its assertion that it supports a two state solution. The wars for the most part were a result of terror, or increased aggression against Israel. At this point, we need to call a spade a spade and admit that being Anti-Zionist is not progressive. Being Anti-Israel doesn’t uphold left-wing values, and it isn’t something you can subscribe to unless you already have an underlying issue with Jews.

So, I hope the world holds both Palestinian’s and Israeli’s accountable for what they’ve done to one another. What’s fair is fair, and that needs to matter to the far-left. This conflict can’t and won’t be solved until the Palestinians rid themselves of their culture of hate, and their tendency to shift blame onto others when they are in fact accountable for their own actions.

About the Author
Klari is a Califorina Girl, a Liberal, and an avid supporter of Israel
Comments