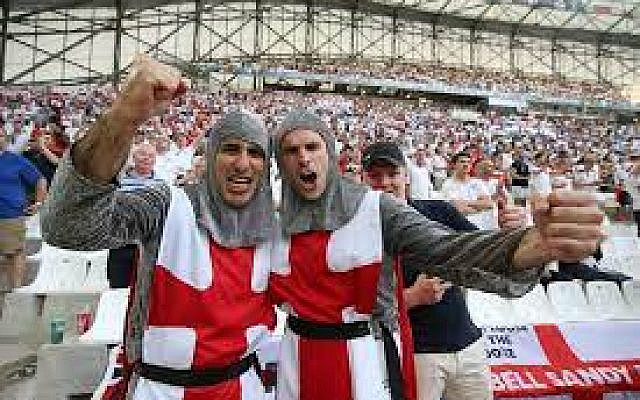 There are no more real live Crusaders.

We stood where we always stood on the fifth of every month, gazing up at the windows opposite.

Not a face looked out at us.

Not a curtain twitched.

Our cries bounced off the walls.

I told the crowd, “Standing here chanting will have no effect.

“It makes us feel better, but I will give you two concrete things to do, as soon as you leave here, because concrete acts count much more than just learning and protesting that something is wrong.”

Strange how often a verse in the preceding Shabbat’s Pirkei Avot (Ethics of the Fathers) becomes relevant to one’s subsequent week. ‘Shimon says: not learning but doing is the main thing’ (Perek 1,17).

We were outside the Chinese Embassy to remember the Urumqi Massacre of July 5th 2009 when unknown numbers of Uyghur protestors were killed by Chinese troops or “disappeared”, their fate still unknown.

I reminded the crowd how the massacre started with the killing of Uyghur Slave Labourers, transported across the country to a toy factory.

“Think about it, for a moment,” I said, “the callous infection of children’s play with the virus of Uyghur persecution. “

“The Urumqi massacre,” I continued, “proved to be a staging-post on the road from racial discrimination against Uyghurs regarding housing and jobs, to a Genocide intended to eliminate Uyghur identity, culture and religion from Chinese life, in flagrant violation of constitutionally guaranteed religious and cultural freedoms.

“Remembering such staging-posts is important for victims, and for survivors, so the wrongs wrought can be put right.

“For those Jews amongst us today, there are resonances with our own current three-week period as we remember events that were staging-posts on the way to destruction of our temple by the Roman Empire, our exile from our land, its renaming as Syria-Palestina, all of which eventually exposed us to Crusader slaughter, Tsarist Pogroms, the Nazi Holocaust and Soviet Prison camps.

“We therefore relate to the destruction of your mosques, your forced relocation from your ancestral homeland as slave labourers across China, and the renaming of that land, East Turkistan, as Xinjiang. So, we know it is important to remember why those at Urumqi died seeking the cultural and religious freedoms the Chinese Communist Party’s Empire is suppressing.”

What is different though, but excluded from my speech, is that we view our destruction by Rome within the prism of our covenantal relationship, blaming ourselves for bringing this about through Sinat Chinam (causeless hatred) and lack of respect for each other, a theme reprised appropriately in Prime Minister Bennet’s inaugural Knesset speech, amidst its cacophonous reception there. There is no issue of self-blame for the Uyghurs. What China has done is just plain wrong.

Jews’ support for the Uyghurs is based on a sensitivity to those suffering similar travails to our own.  The Midrash touches on this with respect to the commandment, in this week’s Parashah, to set aside cities of refuge protecting manslayers from revenge killings (Bamidbar 35:6).  “Moshe rejoiced greatly and instantly set about this…. having had to flee for slaying an Egyptian, he knew the feelings of a man pursed on account of a manslaughter he committed unawares.”

To be honest, I hadn’t read that Midrash then, so did not mention that in my speech.

Instead, I noted, “Empires die. Ancient Romans, where are they? Do you see any Crusaders walking around today unless they are England football fans in costume before a match? The long line of Tsars ended. The third Reich lasted only 12 years. The Soviet Empire crumbled.

“We take encouragement from that. But to achieve the goal of cultural and religious freedom the Uyghurs seek; we must do more than demonstrate but take concrete actions in line with our strategy of attacking the CCP’s plans for individual prosperity and world leadership.

“Firstly, as soon as you leave here, email your MP, to vote on Thursday 15th July, for a UK diplomatic boycott of China’s winter Olympics in Beijing 2022, which we are rebranding as the #GenocideGames to counteract China’s use of the Games to showcase its achievements.

“Secondly, sign the petition to sanction Chen Quanguo, the architect of the Uyghur Genocide.

“Finally promise yourself, that from this day, there will be at least ONE company whose products you will avoid, for their use of Uyghur Slave Labour or their involvement in or promotion of  surveillance systems used to arrest and intern the Uyghurs  (e.g. Chinese Cotton, Heinz Ketchup , Coca-Cola, HUAWEI, Alibaba).

“If you do these things, then our protest marking the staging-post in the road to Genocide that was Urumqi, will have been worthwhile, and our remembrance of its victims may not have been in vain”.