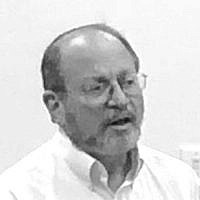 Why is this Seder different from all others? Because we can perhaps understand how our ancestors in Egypt felt at that first Seder – the excitement of knowing it would be the last night of slavery, tinged with the fear of an unknown future.

Last Passover, we were alone or in what we now call “pods.” Zoom was a skill we were only first beginning to master. And while we adapted or just “made do,” our future vision was unsettled and full of fear. We were truly slaves.

This year is different. Vaccines and masks have given us a glimpse of a more open future. Some families and friends delicately battle the discomfort of a year’s solitude to come together. We can see the slow, stressful return to “normal.” But will “normal” ever be “normal” again?

I have found that most people live in the past. No matter how much we try to “smell the roses, or the coffee,” or just savor the moment, no matter how much we plan for the future, we find ourselves facing backward and still responding to the stimuli of our childhood, adolescence, and the recent past.

At its core, Passover is a holiday that encourages us to do just that. Our past, present and future coalesce around the Seder table. We’re instructed to remember when we were slaves, reminded that tonight we will become free, and finally sing of the future in Jerusalem.

The three tenses are reflected in the most potent symbols of Passover: the Pesach, or Passover sacrifice, the Matzah, and the Maror. In what I believe to be the most important part of the Seder, Rabban Gamliel (the leader of the Jewish community after the destruction of the Second Temple) instructs us that we can only fulfill the Mitzvah of Passover by talking about these three symbols.

Maror symbolizes the past bitterness of servitude in Egypt. The Pesach symbolizes our future of freedom. But what do we do with Matzah?

Most Haggadahs identify Matzah as a symbol of slavery. The Seder instructions support this: when the cup of wine (also symbolizing freedom) is raised, the Matzah is covered, and when the Matzah is uncovered the wine is at rest.

But there is a problem: according to the text (not the rabbinic commentary!), the first time Matzah is mentioned is as the Israelites are LEAVING Egypt. They left in such a hurry that the dough didn’t have time to rise! Thus, Matzah should be a symbol of freedom. Why then is it transformed into slavery?

I believe that Matzah is the symbol of transition. It bridges the gap between slavery and freedom. At first Seder, the Pesach was future, the Maror was past, and the Matzah was the present: the dough was made by slaves but baked in freedom. Today, Matzah should symbolize the present as we move from one dynamic to another. Matzah is the Seder’s way of teaching us to focus on the “now.”

And we need to be aware of the present because we don’t know what the future holds. Our world has changed. Will there be another pandemic Red Sea in our future? Or are we traveling to Sinai, where our world will become the new reality of tradition with commandments and dynamics we have never envisioned before? Will we be able to adapt?

How is this holiday different those that came before? If we really care, then we must accept that true curiosity requires the humility of asking questions we don’t know and cannot imagine the answers to. It’s like asking: “What don’t I know?” or “What can’t I see?” or “What am I not hearing?” and allowing that inquiry to totally guide us.

These are the questions that will take into the future and determine whether it’s Mt. Sinai or the Golden Calf. 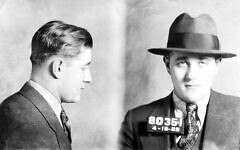