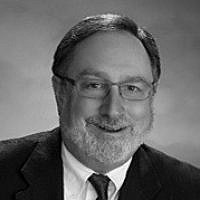 As Jews prepare for the annual exercise of self-examination and repentance on Yom Kippur, our experience with apologizing during the Ten Days of Repentance may prove helpful to people of other backgrounds as well.

Genuine repentance has 3 basic components: recognizing and regretting the sin; verbal confession, apology and making amends to those hurt and offended; and changing one’s behavior to avoid repetition.

To see how this works, consider the hypothetical example of a male public figure who gropes women in an unwelcome sexual manner, then makes obscene remarks about them and others, and the offensive remarks later come to widespread attention.

A perfect expression of non-repentance: It was a long time ago. I was just joking around. I apologize if anyone was offended. That type of conduct does not reflect who I am. I was wrong. I apologize. But A and B have done a lot worse and I’ll tell you more about that soon.

An example of actual repentance, assuming sincerity: I said very vulgar and inappropriate things of a sexual nature and repeatedly imposed myself on women for my own selfish gratification. I feel deeply remorseful and ashamed, and I am seeking professional care to help me understand why I engage in this behavior and to ensure that I never do so again. In the meanwhile, I am reaching out to every woman toward whom I behaved in an inappropriate manner to apologize directly and ask her forgiveness. I offer my heartfelt apology to everyone whom my inexcusable behavior has hurt or disappointed.

Schadenfreude alert: It’s worth remembering that it is wrong to revel in the discomfiture of others, and that when we point the finger of accusation at someone, three fingers point back at ourselves.