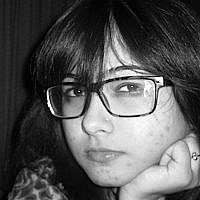 The Blogs
Hiba Naeem
Apply for a Blog
Advertisement
Please note that the posts on The Blogs are contributed by third parties. The opinions, facts and any media content in them are presented solely by the authors, and neither The Times of Israel nor its partners assume any responsibility for them. Please contact us in case of abuse. In case of abuse,
Report this post.

When Pakistan was made on the august of 1947,the young country had to make many decisions regarding its diplomatic relations.The most important among these was about whether it should ally with U.S or U.S.S.R in what was the brink of Cold War.Yet when the question was finally dealt with,the new country was also left to decide whether or not it accepted Israel’s status as a country.Not surprisingly enough,the answer was an easy one; follow the lead of other Middle eastern countries policy regarding Israel and Palestine;reject the establishment of a nation based on faith older than many civilizations and deny it a political ground.The result?Hope for negotiations from a country whose very foundations have been denied on many political forums time after time.
Perhaps Pakistan needs to look up to its older counterpart itself for gaining success on political forefront,that is,India and Israel’s alliance and the profitability it has brought for both nations.Furthermore,what deems Pakistan’s inability to successfully approach the matter of Palestine issue for that matter is its take on lack of cordial ties with Israel itself,a Pakistani citizen cannot travel to Israel,his/her’s passport doesnot give one the liberty to do so.With such narrow perspective towards an other nation of Abrahamic faith,it seems unlikely that a country made on religious grounds will accept and move forward with the other that stood for nearly the same reasons; the right to choose and live with the faith of their choice.

About the Author
Hiba Naeem is an undergrad studying literature with minors in European history and mass communications at the University of Karachi. She hopes to work as a journalist on socio-economic topics and loves traveling, especially to Rampur, India, about which she intends to write one day. Hiba Naeem also aims to work as a correspondent for a reputable newspaper soon.
Comments