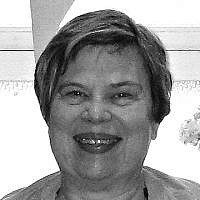 The Blogs
Janet Darley
Apply for a Blog
Please note that the posts on The Blogs are contributed by third parties. The opinions, facts and any media content in them are presented solely by the authors, and neither The Times of Israel nor its partners assume any responsibility for them. Please contact us in case of abuse. In case of abuse,
Report this post.

Now look at your own children, your nephews and nieces, your friends’ children. Imagine them suffering the same abuse. Unimaginable? Not for hundreds of vulnerable young people who are just 20 miles from Dover, in Calais.

This week is the first anniversary of the bulldozing of the makeshift refugee camp in Calais that became known as the ‘jungle’. There was international outrage that such misery could be allowed to grow in a wealthy European nation. But precious little positive action was being taken by the authorities either side of the English Channel.

In the UK, ordinary people focussed their outrage on taking action. Safe Passage, a partnership created the previous year between lawyers, community organisers and faith leaders (including a number of my Rabbinic colleagues), was working hard to find a legal and safe way to help children be reunited with their families, here in the UK. The project focussed not only opening existing legal routes for unaccompanied young people, but also creating new ones. It worked.

In addition to opening a legal route to family reunion, Safe Passage worked with Lord Alf Dubs, whose amendment to the immigration bill paved the way to safe legal transfers for the most vulnerable unaccompanied child refugees in Europe. The plight of such vulnerable young people is close to Lord Dubs’ heart. He arrived in Britain on a train from Prague in 1939 when he was just six years old. He was one of 10,000 Jewish and other children rescued by the Kindertransport in the two years before the outbreak of WWII.

Last autumn, 750 unaccompanied child refugees were granted safe and legal access to the UK, most of whom were reunited with their relatives. What a privilege it was to be able to welcome them. It was and still is a cause for celebration, but 12 months later, the news crews have moved on, we have a UK government greatly reduced in authority and the number of desperate people is growing again in the Calais area. Why? A year ago, it took just days to transfer a young person from Calais to their family in the UK. Now, it can take up to a year. Organisers on the ground, say already-vulnerable people are losing faith in the system. They’ve had their trust broken in their country of origin; it’s hard for them to trust authority, especially when they see nothing happening month after month. It’s an indication of how desperate they are that they would now risk their lives attempting dangerous routes to the UK. The human traffickers are moving in, ready to prey on these youngsters with false promises.

The government promised to resettle 480 children under the Dubs Amendment. That hasn’t happened, less than half of those places have been filled. At the very least, the government should keep its promise to fill these places, before winter arrives.

Imagine these children are safe and loved, free from fear and abuse. It doesn’t take imagination, just action.

About the Author
Rabbi Janet Darley came to the UK from Utah in 1989. She was a senior lecturer in economics at Kingston University before retiring to study for the rabbinate. She served South London Liberal Synagogue from 2008 until the summer of 2016. She is a Citizens UK Leader and serves on its council and executive.
Related Topics
Related Posts
Comments 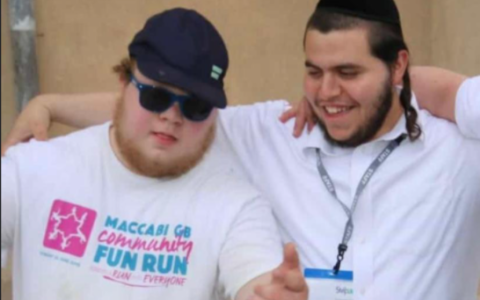