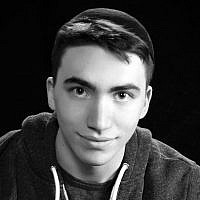 The Blogs
Shai Reef
Apply for a Blog
Please note that the posts on The Blogs are contributed by third parties. The opinions, facts and any media content in them are presented solely by the authors, and neither The Times of Israel nor its partners assume any responsibility for them. Please contact us in case of abuse. In case of abuse,
Report this post.

After writing my Muslim Zionism piece, I was very surprised with the feedback. I got tons messages of support and from Muslims who believe in Muslim Zionism. One more intriguing, more urgent, one more unique and heroic. When Naveed Anjum messaged me, I could see two things. He had the two things that drive people to do about anything. Passion and Fear, and both of these opposing forces drove Naveed to message me.

Naveed grew up no differently from his Muslim counterparts in his Islamic home country. His family was religious and taught him nothing different than the other Muslim families in his neighborhood. He picked up his Jew-hatred off the streets, from the lips of his spiritual leaders to his family members and his school friends. It was his paradigm for years, never the need for question, certainly not the desire.

On one trip to Europe, Naveed’s eyes were opened for the first time in his life. Naveed began to learn that what he had originally thought to be fundamentals to the Jewish belief were entirely false. Ezra was not the son of G-d and in his words, “Judaism is even more monotheistic than Islam.” He’d experience Jews who were not the satanic creatures he’d imagined them to be and he found a charitable side and a giving trait to these Jews, smashing his previous paradigm. Everything Naveed had learnt as a young boy was wrong.

Naveed believes that true Islam recognizes that the land of Israel was promised to the children of Israel and that the Islamic rejection of this is out of nativity.

“I get disappointed to see when they ruin Israeli flag by their shoes while the flag has Star of David on it, whereas David is considered the revered prophet in Quran”. 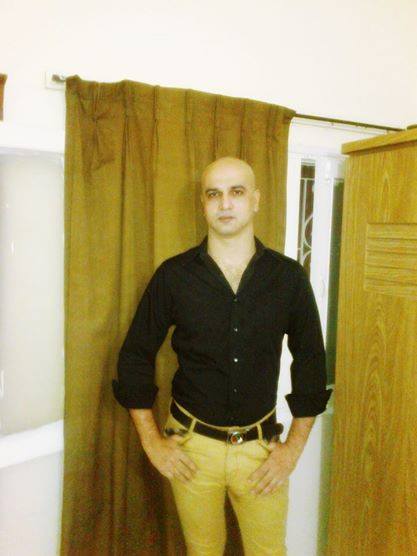 He said about the naivity he found in his home country, that remains nameless to protect Naveed from persecution.

Naveed desired to pen a book and contacted many publishers in America and Britain about publishing his book but ultimately fell short of funds for the publishing costs. In 2009, Naveed chose one area within his city and began to educate with the very pamphlets you might find in the Stand With Us offices.

His students were not receptive of his new ideas and he was subject to harassment of all sorts. In April 2010, he was hired as a school teacher in a well-known school chain. In the free classes, he began teaching students about the legitimacy of the Jewish State and harmony among Muslims, Jews and Christians. When the school’s management found out what he was doing, they terminated him, immediately, without giving him any notice.

He was terminated several times by several organizations solely for his political beliefs. In April of 2013, some extremists in his area attacked him, causing his shoulder bone to be dislocated. In addition to that, a number of people created a Facebook pages to mock him, harass him, and make fun of him and to threaten him. His pictures have been shared in different Facebook Groups declaring him an apostate, a spy for Israel, and calling for his death. He has been exposed so much through such false propaganda that he could no longer go outside or be seen by the general public.

Confined to his own four walls, Naveed became an advocate for Israel through the power of the internet. He created a website and Facebook groups to further his cause. After discovering the magic of social media, he recorded a homemade video speech in which he shared what he had learned through the Quran and Islamic traditions about the rightful existence of Israel in the Middle East.

He created a Facebook Page “Legitimacy of the Zionist state” and a Group “Israel the Legitimate State” for this purpose. Within a short period, he spread his message successfully on the social media and around gained about twenty thousand followers from West along with many Muslims.

Naveed’s troubles are just beginning. Sadly, as he becomes more successful, he becomes more wanted by his enemies at home. Naveed is seeking refugee status so that he can continue providing his service to the Jewish nation and Israel. Where will Jews be when one who risks his life to stand up for his and their truth needs them the most? Where will the countries of the west be when someone who stands for their ideals of freedom and liberty needs them?

About the Author
Shai Reef is a Political Science student at York University.
Comments