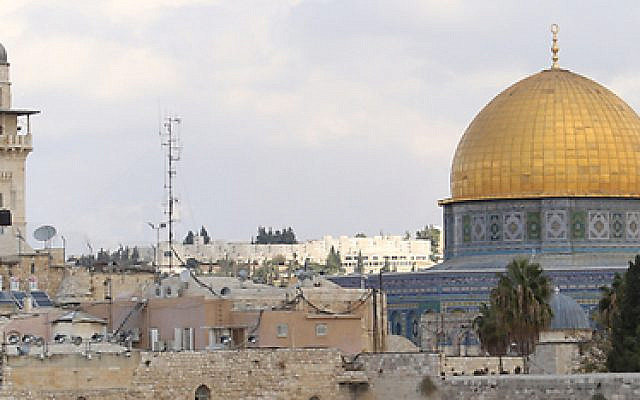 The Palestinian Authority President Mahmoud Abbas, declared this week that parliamentary and presidential elections will finally take place, after the Israeli election.

January 9, 2005 was when Abbas last won his four-year term as president, but in his wisdom, he decided to remain indefinitely. January 25, 2006 was when Hamas took the Palestinian Legislative Council in a shock result, which led to a major “bloody” Palestinian battle and the eventual seizure of the entire Gaza Strip by Hamas in 2007.

Mahmoud Abbas, now 86 years old, announced that the legislative election will be on 22 May and the election for President has been called for 31 July.

But the Palestinian Authority have in the past declared their “intension” of holding elections over the years, but it never happens. So what is different this time?

Firstly Abbas recognizes, there’s a new sheriff in town and his name is Joe Biden. In a bid to offer the new American administration a “fig leaf” gesture, Abbas believes this announcement is good “public relations.”

But there has been an inner discussion taking place within the Palestinian camp, which centres on the “Abraham Accords.” The Palestinians do not know how to address the unthinkable – that Arab States are establishing diplomatic relations with their arch enemy, Israel.

Abbas recently called for an Arab summit and for the first time, the request was rejected. In the days of Yasser Arafat, he would simply pick up a telephone and presidents would appear. But today, things have moved on and the Palestinians are being rejected, even by their closest allies.

In any case, Hamas have welcomed the announcement of upcoming Palestinian elections. In a statement, they said, “We have worked in the past month to resolve all obstacles so that we can reach this day.”

But reconciliation between the two sides is far from “resolved”. For starters, does anyone really believe Hamas will allow Fatah to campaign freely in Gaza? Or the Palestinian Authority allow Hamas to campaign in the West Bank?

Another problem is the PA officially announced, at least in a letter signed by Arafat, its recognition of Israel. But if Hamas win the election, they are unlikely to suddenly accept the Oslo Accords. In fact they would vote to abolish them.

In addition, how is the aging Mahmoud Abbas, who has been very sick these past few years, going to campaign to remain as President?

We know other candidates will announce their candidacy. One such name is Mohammed Dahlan, a former leader of the PLO’s Fatah movement, who was exiled by Abbas for revealing that the Palestinian leader had embezzled billions of dollars.

Dahlan, who resides in Abu Dhabi, is said to have strong support on the Palestinian street and has in the past, hinted he would run for President.

Dmitry Deliani is a spokesperson for the Democratic Reform, a faction of Fatah, headed by Dahlan and in a briefing for foreign journalists in Jerusalem, Deliani said if Dahlan was to announce his candidacy, the Palestinians would unite behind him and he will be the alternative to Abbas.

“We have been preparing for elections for a long time and are more organised than any other candidate” Deliani insisted. The spokesperson believes his faction is more democratic in the decision making process, than any other and that “Dahlan would talk to the Israelis as equals and with a different rhetoric.”

Deliani could not hold back his scathing attack on Abbas insisting, “We have lost all our dignity these past 10 years” and that “We need to go against an 86 year-old man that works only a few hours a day, with a very bad political and economic record.”

Without fear, Deliani called Abbas a “dictator” and “Across the world many people are no longer supporting the PA,” for which he blamed Abbas.

“Look at his achievements and ask who would support such a person? He doesn’t even have the ideological following like Trump has, so what could be his campaign – nothing.”

Deliani pointed out that after 15 years, “He has proved he is good for nothing, having lost every single battle with everybody and lost our (Palestinian) reputation.” The only Palestinians “now supporting Abbas were the ones being paid by Abbas, but some of those will still vote for us”.

In reality, Mahmoud Abbas must know he cannot win a fair and free election so what else does he have up his sleeve?

Well if he fails in the PLC election, he will certainly try and postpone the Presidential election for as long as possible, but the international pressure will come down heavily on Abbas.

So the only thing left to play is the “Jerusalem card.” Abbas will insist Palestinian elections for President and the Legislative, must take place throughout east Jerusalem, including the old city, both for candidates and voters. This is something that Israel cannot agree to as it will not divide its capital.

Abbas will then call upon EU nations to set up election observer teams across Jerusalem, and when the stalemate kicks in, Abbas will simply cancel the elections again.

So there are serious reasons, to doubt this latest call for Palestinian elections is for real.

But one thing is for sure, all regional players are waiting to see what Biden’s policy will be towards the Middle East and in particular Iran. Will Biden ignore the world for his first year in office and focus solely on Covid? Or will he return to the failed policy of “calling upon all sides to make the two state solution a reality and return to the Iran Accords? Folks, we are about to find out.