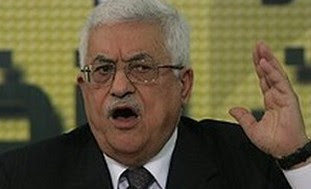 Yesterday, when British PM David Cameron met with Israeli leader Benyamin Netanyahu in the midst of massive rocket and mortar attacks from Gaza by Hamas and Islamic Jihad, Cameron condemned the attacks as ‘barbaric’, saying that “these attacks are completely indiscriminate, aimed at civilian populations and that is a demonstration of how barbaric they are.”

Today, after meeting with Cameron, Palestine’s unelected dictator was obviously prodded to say something. And he did. He condemned ‘all military escalation, including rockets’ to make sure that Israel’s self defense against his Hamas friends was included in the ‘condemnation’. And then he went on to rant about how Israel killing three members of that Islamic Jihad mortar team firing rounds into Israel was ‘cold blooded murder’, repeating his earlier nonsense.

Cameron, of course, has absolutely nothing to say about that, at least publicly. But this should be a teachable moment for him and the rest of those who call the establishment of a Fatah -ruled reichlet in Judea and Samaria ‘vital for world peace.’

Abbas, styled by people like PM Cameron and President Obama as a moderate and peace partner for Israel is essentially saying that Israel has no right of self-defense. So why would he bother to abide by any peace agreement or stop terrorists from Islamic Jihad, the al-Aksa Martyr’s Brigade, Hamas or others from attacking Israel as ‘national resistance’? Or the next Abbas, who might very well come from Hamas?

Nothing, of course. Just words on a peace of paper that will mean nothing the minute their integrity is tested.

Just like with Oslo, the warning signs are flashing, and they’re in plain sight.