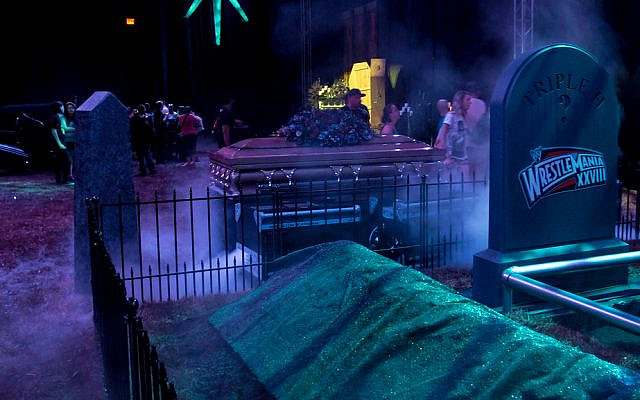 In this essay we will explore the different words for gehinnom (commonly translated as “hell” or “purgatory”). The Talmud (Eruvin 19a) cites Rabbi Yehoshua ben Levi’s statement that there are seven Biblical terms which refer to gehinnom: sheol, avadon, be’er shachat, bor shaon, tit hayaven, tzal-mavet, and eretz hatachtit. In the following paragraphs we will explore the literal and esoteric meanings of these seven terms, as well as several more.

The word sheol and its various forms appear close to seventy times in the Bible. Sheol’s literal meaning is “grave.” Interestingly, Ibn Ezra to Gen. 37:35 criticizes the Christian Vulgate for translating sheol in that verse as the Latin infernus (“inferno”), because Ibn Ezra maintains that sheol literally means grave. However, Rashi (there) explains that although the plain meaning of sheol is “grave,” exegetically it can refer to the post-mortem purgatory of the soul. The Malbim writes that sheol literally means a deep pit from which it is impossible to get out. This may apply to both a “grave” and gehinnom.

Rabbi Shlomo Pappenheim of Breslau (1740-1814) explains that the root of the word sheol is SHIN-LAMMED, which denotes something “thrown away” or “negated.” That meaning extends to the grave because death marks the onset of a plane of existence which is “away” from the realm of the living. My friend Rabbi Tzvi Matisyahu Abrahams takes a more exhortative approach in his book Root Connections in the Torah. He writes (p. 274): “The grave is called sheol because at the time when we will be placed into the ground, there will be a big question (sheilah) mark hanging over our heads as to where we will be headed.”

A second word for gehinnom is avadon (Ps. 88:12), which either refers to the destruction/rotting of the body after death, or the fact that souls are “lost” (avad) there for some time.

The third term for gehinnom is shachat or be’er shachat (Ps. 16:10, 55:24). In many cases the word shachat in the Bible does not clearly refer to the grave or gehinnom, but refers to a pit. Rabbi Avraham Bedersi HaPenini (1230-1300) explains that a shachat is a pit dug for the purpose of capturing wild animals. He connects this to gehinnom by noting that the wicked sometimes set up traps in order to ensnare the righteous. He also explains that shachat is an expression of “destruction” (hashchatah), for the body rots and decomposes in the grave.

Rabbi Pappenheim explains that the root of shachat is SHIN-CHET, which refers to “bending.” This is connected to a “pit” because when one is stuck in such a cramped place he is forced to “bend” his body. Other words which are derived from this root include hishtachavah (“bowing,” by which one “bends” his posture) and mashach (“anointing,” because applying oil to hard things softens them, leaving them more pliable and “bendable”).

The fourth term cited by Rabbi Yehoshua ben Levi is bor shaon (literally, the “Pit of Noise”), found in Ps. 40:3. Rabbi Yonah ibn Janach and others explain that shaon — which means a “ruckus of noise” — and shaanan — which means “quiet” — are actually related to each other. This is an example of a common phenomenon in Hebrew where words with diametrically opposed meanings sometimes have related roots. In light of this it seems that bor shaon might actually means “Pit of Silence,” and refer to the fact that one can no longer complain or even speak after death.

Rashi (to Isa. 9:4) and Radak in Sefer HaShorashim explain that the word shaon has the same root as the word shoah (“holocaust” or “destruction”). This fits with the terms avadon and shachat,which are also related to “destruction.”

The fifth term proffered by Rabbi Yehoshua ben Levi is tit hayaven (literally, “slimy mud”), also found in Ps. 40:3 (alongside with bor shaon). Gehinnom restricts one’s freedom of movement like somebody stuck in quicksand, and in death the dead lie lifelessly in the grave. Rabbi Pappenheim explains that the word hayaven is derived from the root YUD-NUN, which refers to “trickery” or “deception.” This root is related to the word onaah (essentially “to profit by ripping somebody off”), and yayin (“wine,” which deceives the drinker by tasting good but then taking away his capacity to think properly). In the same vein, quicksand also “deceives” people by appearing to be dry land that one can walk on top of, but, in reality, if one attempts to do so he will drown in the slime. (Similar explanations are offered by Rabbi Samson Raphael Hirsch in his commentary to Gen. 9:20 and by Rabbi Aharon Marcus in Keset HaSofer to Gen. 10:2.)

The seventh and final term that Rabbi Yehoshua ben Levi mentions is eretz hatachtit (literally, “the underworld”). When discussing this term the Talmud cannot find an example of Biblical usage, and so it simply concludes that there is a tradition linking this term with gehinnom.

Another version of Rabbi Yehoshua’s list, found in Sefer Russiana and in Menorat HaMaor by Rabbi Yitzchak Abuhab (14th century Spain) has eretz chittit (literally, “the Land of the Hittites”) instead of eretz tachtit. In fact, the Tosafists actually prefer this version. They argue that the term eretz tachtit actually does appear in the Bible (several times in Ezek. 31, see also Deut. 32:22), so if eretz tachtit was a term for gehinnom the Talmud would not have had to resort to a non-Scriptural tradition to prove so. The term eretz chittit, on the other hand, does not appear in the Bible. This substantiates the position that the Talmudic passage in question should indeed read eretz chittit, which was inadvertently changed toeretz tachtit by a scribal error. In other words, if we assume that the seventh term is eretz chittit, the Talmud’s entire discussion makes more sense.

Rabbi Shmuel Eidels (1555-1631), also known as the Maharsha, explains that these seven names for gehinnom correspond to seven different places in gehinnom (see Sotah 10b). Indeed, Midrash Konen (printed in Rabbi J. D. Eisenstein’s Otzar Midrashim, p. 256) writes that different types of sinners occupy different places in gehinnom: Korach and his companions occupy sheol; the lost souls of the wicked occupy avadon; robbers, thieves, and those who withhold wages from workers occupy be’er shachat; those who violated the laws governing intimate relations occupy tit hayaven; slanderers occupy tzal-mavet; those who argue with Torah Scholars occupy eretz tachtit; and so forth…

The Tosafists cite several sources that presume that alukah (literally, “leech” or “sanguisuga”) — a word that appears in Prov. 30:15 — is another term for gehinnom (although they also discuss the possibility that it is an alternate name for King Solomon). Maharal explains that just as a leech sucks out a person’s blood, so does gehinnom “suck out” a person’s soul. Similarly, Rabbi Chaim of Volozhin (1749-1821) explains in Nefesh HaChaim (1:12) that gehinnom is called a “leech” because a leech sucks out a person’s bad blood and then dies. This is comparable to gehinnom which cleanses a person of his sins, thus causing all impure pollutants created by his sin to disappear.

Before continuing with the Talmud’s reaction to Rabbi Yehoshua ben Levi, I must state that other sources have alternate versions of his list: Midrash Hallel (Otzar Midrashim, p. 134) omits bor shaon and eretz hatachtit, and instead includes gehinnom and tziyah (literally, “place of desolation). Midrash Din HaKever (Otzar Midrashim, p. 94) replaces bor shaon with be’er shaon; eretz hatachtit with bor hatachtit (literally, “the underpit”); andtzal-mavet with chatzar-mavat (literally, “Courtyard of Death”). The Targumic Tosefta (beginning of Ezek.) replaces bor shaon with dumah (literally, “quiet” — in Kabbalistic sources, dumah is the name of the angel in charge of gehinnom). It also replaces eretz hatachtit with arka (Aramaic for “earth,” see Jer. 10:11), and tzal-mavet with gehinnom.

After citing and finding proof-texts for the seven words in Rabbi Yehoshua ben Levi’s list the Talmud then turns to another two words which he seems to have neglected: gehinnom and tophet. Those two words do not explicitly refer to the netherworld in the Bible. In the Bible the terms gei ben hinnom (the “Valley of Ben Hinnom,” from which the word gehinnom is derived) and tophet refer to sites in Southern Jerusalem where idol worshippers served the Baal, in part with child sacrifices (see Jer. 19).

Nonetheless, these two terms were borrowed as expressions of the sinner’s afterlife. Based on that borrowing, the Talmud asks why Rabbi Yehoshua ben Levi did not include these two terms in his list. The Talmud answers that gehinnom and tophet are not additional names for the underworld or places within that realm, but are actually allusions to the reasons why somebody might end up there. Meaning, the Talmud expounds on the word gehinnom as referring to the deep “valley” (gei) into which those who engage in “pointless” (chinam, which Rashi explains refers to sexual impropriety) activities descend. Similarly, the Talmud expounds on tophet as referring to the place into which those who are “convinced” or “seduced” (mifateh) by the Evil Inclination fall. In light of this, gehinnom and tophet do not fit into the theme of Rabbi Yehoshua ben Levi’s list (i.e. Biblical terms which refer to gehinnom) and he therefore left them out.