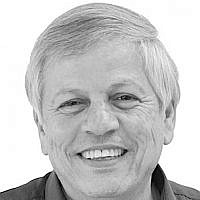 The Blogs
Itzhak Turgeman
Apply for a Blog
Advertisement
Please note that the posts on The Blogs are contributed by third parties. The opinions, facts and any media content in them are presented solely by the authors, and neither The Times of Israel nor its partners assume any responsibility for them. Please contact us in case of abuse. In case of abuse,
Report this post.

The discussions concerning the 2015 budget revealed that in recent years, as many as 12 government ministries have allocated a total amount of 300 million shekels annually for the social integration of Ethiopian-Israelis. But despite the substantial investment, the situation of this community is still far from satisfactory: 38.5% are living in poverty (compared with 14.3% in the general Jewish population); 28.7% have only elementary education or none at all, and less than 6% hold an academic degree (compared with 28.5%). At the same time, the unemployment and delinquency rates among Ethiopian-Israelis are higher than in the general population. Especially troubling is the fact that second-generation immigrants are often worse off than their parents.

These distressing statistics have several causes. First and foremost, Israel has failed to set national goals, map the needs and devise a comprehensive work plan for the absorption of this community. According to the State Comptroller’s report of 2013, without coordination by an overarching body that would organize all the government and third-sector activity, there is no effective utilization of resources; some problems are ignored while others are over-budgeted. In addition, the activities in this field are characterized by disorder and lack of centered authority. In fact, more than 500 organizations and programs operate in the community of 130,000 Ethiopian-Israelis; each organization has its own agenda, which leads to duplication of efforts.

Some of the existing intervention programs even cause alienation among the immigrants, who feel stigmatized by them. Thus, many well-intentioned programs could not overcome the identity crisis and sense of discrimination, accompanied by an increasing aspiration of community leaders to reject external interventions and take their fate into their own hands.

The government’s decision earlier this year to examine and re-define its policy regarding the absorption of Ethiopian-Israelis is a step in the right direction. The ultimate solution lies in cross-sector cooperation between the government, philanthropies and nonprofit associations (“amutot”), and businesses. The work plan they build together would incorporate the knowledge and expertise of all the partners, while defining measurable shared goals and pooling resources in order to avoid duplication and ensure that the critical issues are being addressed.

Such cooperation is based on the Collective Impact model, which originated in the U.S. and has been introduced in Israelas a method for dealing with complex social problems on the national level. For example, the Strive Partnership inCincinnati, Ohio has succeeded in improving children’s achievements in STEM subjects by more than 30% within 5 years. This is the model we should adopt here, applying it in dialogue with the target community.

Recruiting philanthropy to this effort requires a fresh approach. For years, programs that assist Ethiopian-Israelis have enjoyed the support of Jewish funders, mainly from North America. But over time, and in view of the disappointing results, their interest has declined. In order to rekindle it, we need to design a new pilot program of focused intervention in towns with a large population of immigrants from Ethiopia. The program will aim to advance social-economic mobility from cradle to career (ages 0-30) through educational, social and financial assistance offered to the wider community, with an emphasis on Ethiopian-Israelis, without labeling them as “needy” and creating alienation.

A program of this type could help to restore trust among Ethiopian-Israelis, while attracting social investors looking for measurable, effective and significant impact, and in this way enable better integration of immigrants from Ethiopia in Israeli society.

About the Author
The writer is the Director General of the Rashi Foundation that creates high-impact initiatives that address the root causes of social inequality.
Comments