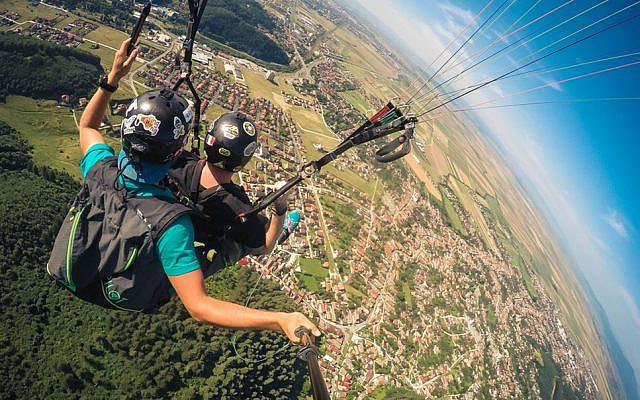 Photo by Vlad Hilitanu on Unsplash

Chassidut describes the experience of the descent of the soul into the body in two opposite manners. On one hand, there is the famous Chassidic melody that depicts the sorrow and apprehension of the soul: “The soul descends into the body but shouts vye vye.” Ultimately, the melody ends with comfort for the soul: “This descent was for the sake of an ascent, so much so, that all of this will have been worthwhile.” The descent itself, from the highest of heights to the deepest of pits, from the Garden of Eden of the souls to the straits of the physical body is traumatic for the soul. On the other hand, in the Luach Hayom Yom,” it is written that “the soul waits Above for the time that it will have the merit to descend into a body. The soul perceives the potential it will have to take action when it is down here. It will be capable of reaching the state of “taking pleasure in God.’ If so, what is it waiting for?!”

We can understand from this that there are two kinds of souls: Souls that are afraid of the trials of this world – despite the knowledge that successfully navigating the trial is an opportunity to be elevated and ascend. The soul is apprehensive of the difficulties involved in existing in this world and the danger that it will not overcome the trials it will encounter. On the other hand, there are adventurous souls that mainly sense the golden opportunities in this world, in every trial and challenge. These souls are not afraid of the dangers (which simply add to the thrill of the adventure and to the infinite reward of “taking pleasure in God” which is part of the experience).

Before the soul descends to the body, we can speak of different types of soul roots. After the soul has already descended to the world, however, we can add a dimension of choice relating to the descent of being born – and all subsequent descents during the soul’s life here in this world.

What type of soul is preferable? The Rebbe Rashab highlighted the dimension of “descent for the sake of a subsequent ascent” (yeridah tzorech aliyah, which exactly equals the Rashab’s name, Shalom Dov Ber!). This is the inner spirit of all of Chassidut. After all, the directive that the Ba’al Shem Tov received from his father before he passed away was “Yisraelik, do not be afraid of anything other than God.” A person who is not afraid of the descents that are an inevitable part of life and also recognizes the opportunity to ‘take pleasure in God’ possible in every situation (for it is always possible to serve God with Torah study, prayer or acts of lovingkindness – the three pillars upon which our world below stands) is always eager for a new adventure.

In addition, the Rebbe Rashab explains that whoever recognizes the possibility of ‘taking pleasure in God’ as a result of the descent of the soul to the body but thinks that that pleasure will be actualized in the future – only after the soul returns to its place in the Garden of Eden after 120 years – is nothing more than a ‘foolish chassid.’ For a true chassid, the question, ‘why wait?’ does not only hasten the descent into the body for the sake of the ascent that will come after the soul returns to Heaven, but also understands that the ultimate purpose is to take pleasure in God in the here and now. This type of soul does not wish to postpone that for even one day.

When we overcome the fear of descent, we can identify God’s Divine Providence every day, in both ascent and descent. We can understand what God wants from us – and with this knowledge extract everything possible from the adventure and take pleasure in God every moment of our lives.