My Aesthetic Peace Plan proposes that peace will emerge from an aesthetic metaphor derived from Islamic art that invites a perceptual shift in which Muslims see the Jewish State of Israel as a blessing expressing Allah’s will rather than as an alien presence in the midst of the Islamic world. Perhaps thinking out of the box from a fresh aesthetic viewpoint can succeed in bringing peace where politics has failed.  See http://aestheticpeace.blogspot.com

Below is the text of the Torah Tweets post for the first chapter of Numbers.  See all the photographs for this blogart post at “Creating a Spiritual Blog of Your Life” http://bibleblogyourlife.blogspot.co.il/2014/01/numbers-1-aesthetic-peace.html 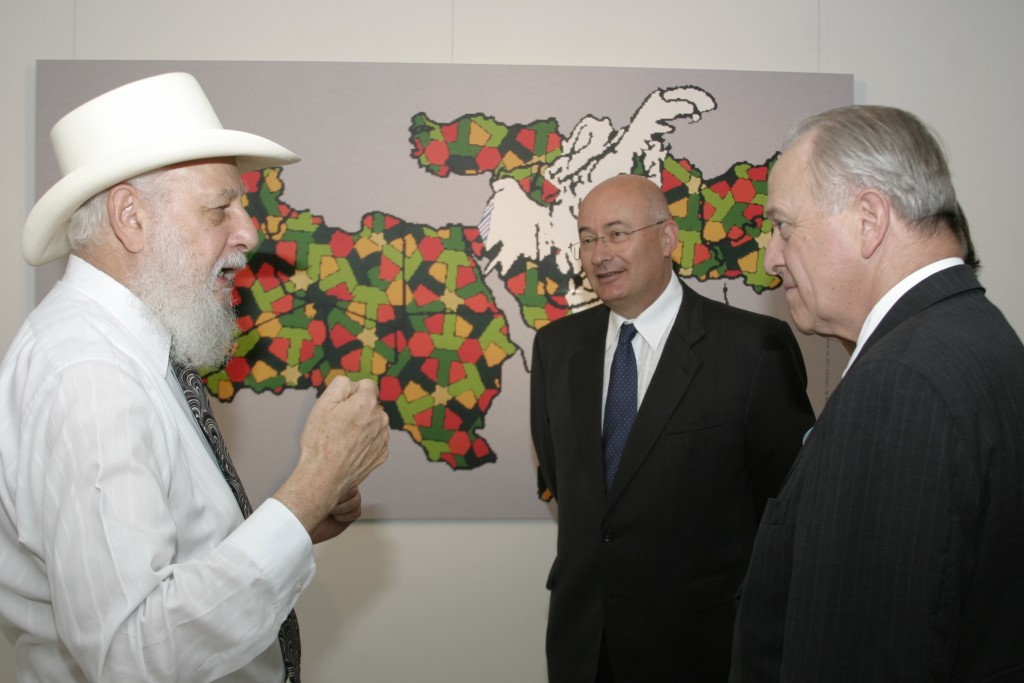 Take a census of each individual in the Israelite community by families… count all those fit for army service. (Numbers 1:2, 3)

When Mel served in the IDF, we had hoped that our children and grandchildren would live in our land at peace with our neighbors.

Our grandsons are now in the army: We were at Yishai’s graduation as an army medic.  Or serves in military intelligence.

Our granddaughter’s husband Moshe carried a Torah with an IDF mission at the Warsaw Ghetto Memorial.

Netanyahu made it clear in his address to the US Congress that peace can only come when the Arabs accept a Jewish State in their midst.

At his Aesthetic Peace exhibition in Prague, Mel explains to the ambassadors of Israel and USA about his peace plan derived from Islamic art.

Behind them is a painting of a pattern from a Damascus mosque superimposed on a map of the Islamic world in which Israel is a counter pattern.

The continuously repeated geometric patterns in Islamic art are perceived by Arabs as spreading across North Africa and the Middle East.

They see Israel as a blemish that disrupts the pattern, an alien presence they try to eliminate through war, terrorism and political action.

Rug weavers from Islamic lands intentionally weave a patch of dissimilar pattern to break the symmetry of their rugs.

Since only Allah creates perfection, they purposely disrupt the uniform pattern to demonstrate that human creation is less than perfect.

Peace will come from a fresh metaphor in which the Arabs see Israel’s existence as Allah’s will.

Perceiving Israel as the necessary counter-pattern in the overall pattern of the Islamic world will usher in an era of peace.