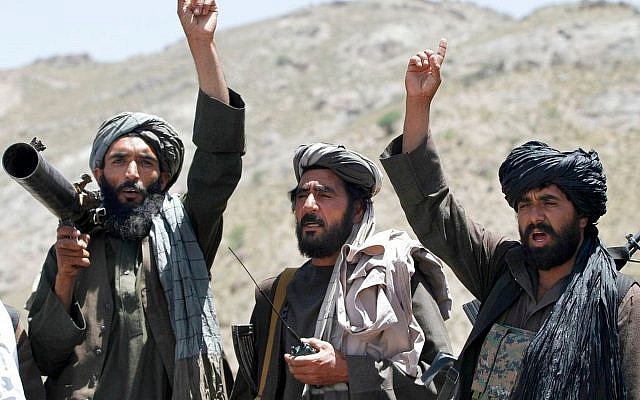 United States seems to be inclined or even desperate, to close a deal with the Taliban. The US Special envoy for Afghanistan Zalmay Khalilzad, has already held extensive six days talks with the Taliban at Doha last month. Americans are hopeful that talks with the Taliban will take the ‘peace process’ forward and eventually end the civil war in Afghanistan and longest US war in history. By these moves taken in a rush on the Afghan chessboard United States wants to end its engagement and leave the country sooner than later. But it is difficult to not be sceptical about the prospects of this somewhat half-baked ‘peace process’ which is about to be sold to Afghans. It seems that history is repeating itself. The international community is once again abandoning war-ravaged Afghanistan at a very crucial point just as it did three decades ago following Soviet withdrawal from the country. That created a security vacuum and eventually led to fall of national government. Which in turn Afghanistan into a citadel of transnational terrorism and provided sanctuary to different kinds of Jihadists groups including Pakistani sectarian groups, Chinese Uighurs militants, Uzbek jihadists, Arab terror groups, Indonesian and other South East Asian Islamists.  All this eventually led to major bloodshed in the West and the region.

Definitely Taliban leaders sitting down with US officials and separately with Afghan politicians is an important political development of the 17 years long Taliban insurgency. But US which is eager to negotiate with Taliban and pack bags to leave for home has to understand that only talking to Taliban won’t serve much purpose. Afghan peace process to succeed in long term has to be comprehensive one which include participation of Afghans from all walks of life including Political parties, civil society, Afghan government and tribal chiefs. The major flaw in the current peace process is that it should have been preceded by the domestic consensus between various stakeholders. Without an internal consensus it would be difficult to prevent a new civil war after foreign troops leave the country. Afghan society is a complex one including many ethnicities major ones are Pashtun, Tajik, Hazaras and Uzbek and numerous minor groups like Ismailis, Qizilbash, Farsiwan, Aimaqs, Baluchis, Brahui and Nuristanis. Any foreign imported peace arrangement which was agreed between a foreign power and one group in a capital of an Arab state won’t harmonise intra Afghan relations. Which is must for reaching any long-lasting peace and stability.

The peace process should also aim to achieve peace with the armed actors in the country and long-term reconciliation between the country’s many diverse groups. Proposals for a negotiated political settlement to the conflict in Afghanistan should take into account interests of all sections of the Afghan population, include the active participation of all ethnic groups and the main religious minorities, and provide for their appropriate representation in any future power sharing arrangement. Rather than sole focus on one armed group as we should remember that Afghanistan is a country of 31 million people and not only of few thousand fighters. Moreover, peace process in the war-ravaged countries can’t be rushed it’s a long process which required patience and due diligence like- The British negotiated with the IRA for two decades before there was a peace deal in Northern Ireland. It should not be assumed by foreign powers that Afghans themselves are incapable of launching any successful reconciliation process. Afghanistan has a long tradition of using the forum of large gatherings historically intra tribal meetings to discuss important and current issues and to reach agreement and consensus. So, Afghans are capable enough to talk with their fellow countrymen it was demonstrated in 2016 when President Ghani successfully presented the peace agreement with Gulbuddin Hekmatyar’s party, the Hezb-e Islami. The peace deal resulted in Mr Hekmatyar return from a 20 years long self-imposed exile and converted Hezb-e-Islami from an armed group to a political actor.

Moreover, external actors bypassing elected bodies in the country and directly engaging with the armed groups significantly damaged Afghanistan’s political institutions which needs to be strengthen. For this US and important regional players should ensure that any initiative of peace process should be initiated from the democratically elected government of Afghanistan. Hence a new peace process must be launched immediately which should be open and transparent one which encourages the involvement and ownership of all Afghan stakeholders. This is the only way that the overwhelming public support for a negotiated settlement can be capitalised on. The international community has an extremely important role to play in this respect. Not only is it imperative for donor countries to voice their continued financial support for both the country’s development and military assistance to the Afghan armed forces, but all countries with an interest in a peaceful and stable Afghanistan need to demonstrate their unwavering, yet critical, support for a negotiated peace process.