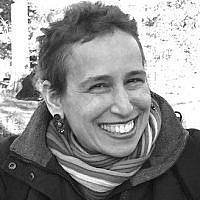 The Blogs
Elicia Brown
Apply for a Blog
Please note that the posts on The Blogs are contributed by third parties. The opinions, facts and any media content in them are presented solely by the authors, and neither The Times of Israel nor its partners assume any responsibility for them. Please contact us in case of abuse. In case of abuse,
Report this post.

NEW YORK (JTA) — In fiction, the scenario would seem implausible: While attempting to console my husband as his little sister drew her final breaths, I noticed an unfamiliar number flash across my screen. I let it go to voicemail. The number flashed again. It was my physician, who informed me when I called back that the morning’s ultrasound indicated that my persistent stomach aches weren’t caused by a virus after all, but likely by ovarian cancer. I had a variant of the same disease that would kill my 47-year-old sister-in-law as the sun set that Friday evening in February.

My world, already dimmed by the unimaginable loss of my sister-in-law Ali, darkened further into a nightmare that was beyond my comprehension.

In the blur of the months that followed, the tragedy of Ali’s death stayed in the furthest reaches of my mind. Likewise, I pushed thoughts of my own peril as far away as I could manage.

Many days I spent largely in bed. Some days the physical discomfort overtook me, and I would drop my body into child’s pose, waiting for medication to soften the pain. As the chemotherapy continued, new side effects emerged. I slept many hours, but fitfully. Some nights, the sweats of sudden menopause shook me awake as I tossed aside one set of pajamas after another.

By summer, after an eight-hour surgery and the resumption of chemo, I’d lost so much weight that I stared at my hollowed cheekbones with little recognition. In the mirror, my eyes appeared red-rimmed and naked, bereft of brows or lashes. I searched the reflection for vestiges of the old me.

And yet, once I learned that my cancer was beating a hasty retreat, my spirits stayed largely aloft. In my strange new universe, with few obligations other than getting well, almost every day became a day of thanksgiving. I would stare out the window of our new Upper West Side apartment, the home we’d moved into during that surreal week in winter when Ali died, admiring the sparkling Hudson River, meditating on the sparrows alighting on the bare branches, so grateful to be close to nature and living in the bustling city that I adore — grateful to be living at all.

I discovered that I was lucky in love. I already knew that I was deeply blessed with a husband and parents who would do anything for me, and with two healthy, gloriously growing children — who in appropriate adolescent fashion alternated between hugging and hating me.

But now I was basking in the warmth of an entire community, people from my daily life, as well as those who had vanished years before. Friends sent me lines of poetry and crafted personal prayers. We received a steady stream of food and flowers and favors.

One friend designed a felt banner emblazoned with a single word: “Courage.” Another sent over a Chabad rabbi to outfit every doorway of our new apartment with protective mezuzahs. Yet another visited several times a week to provide a “healing spa,” soothing my soul with the melodies of Rabbi Andrew Hahn, who goes by the moniker the Kirtan Rabbi. As the iPod played these Hebrew songs, which incorporate the sounds of India, my friend would carefully remove the fluid pressing against my lungs, draining it through catheters that protruded from my upper back.

Jewish tradition, often a source of comfort for me, didn’t play the supporting role I would have expected. I couldn’t get to synagogue much. Several rabbis reached out to me, but they mostly didn’t know what to say.

At the same time, gratitude is deeply embedded in Jewish practice — and finding something to appreciate even in the midst of great sorrow was tremendously uplifting. Jews are not meant to devote just one afternoon in November to thanksgiving, but every day of every year.

“Never once in my life did I ask God for success or wisdom or power or fame. I asked for wonder, and he gave it to me,” the theologian Abraham Joshua Heschel reportedly whispered from his sick bed.

Similarly, in “The Book of Blessings,” Marcia Falk writes, “In a richly faceted world, full of surprise and infinite variation, the source of blessings is everywhere to be found. No wonder the rabbis of the Talmud proclaimed it forbidden to enjoy anything of this world without first saying a blessing.”

I didn’t recite 100 blessings each day as traditional Jews strive to do; I didn’t even consciously aim for gratitude. Without warning, my first glimpse of budding flowers in spring made me sob, first because Ali didn’t get a chance to experience them, and then from my appreciation that I could.

The afternoon before Yom Kippur, I received my final infusion of chemotherapy. I’m in remission, officially. It is a time for rejoicing.

Nevertheless, as we approach the national Thanksgiving Day, I often find myself more anxious than ever.

In some respects, my days are starting to resemble those of my old life. I write a little; I exercise; I care for my children. Still, I sometimes feel as if I am masquerading as myself. I am disoriented, dislocated, changed in ways I find difficult to articulate. My future is more precarious than I ever imagined. Will meditation help? Therapy? A medical trial?

I am navigating the waters of my “new normal” without a captain, without a clear idea of which current to follow. I yearn for the calm I found earlier this year, when I simply followed my oncologist’s program, buoyed by the familiar rhythm of weekly chemo and doctors’ visits. Now I’m sometimes so fearful that I feel as if I can hardly breathe.

At other times, though, I am awed that I can fill my lungs with so much oxygen, and then expend it climbing the hills of Central Park at a blistering pace. Often, when I’m not hyperventilating with fear, I am filled with wonder at this season’s startling beauty.

I allow myself, for brief moments, to mourn the woman who sometimes felt like a sister to me. I want to call her to chat. We would have so much to share. 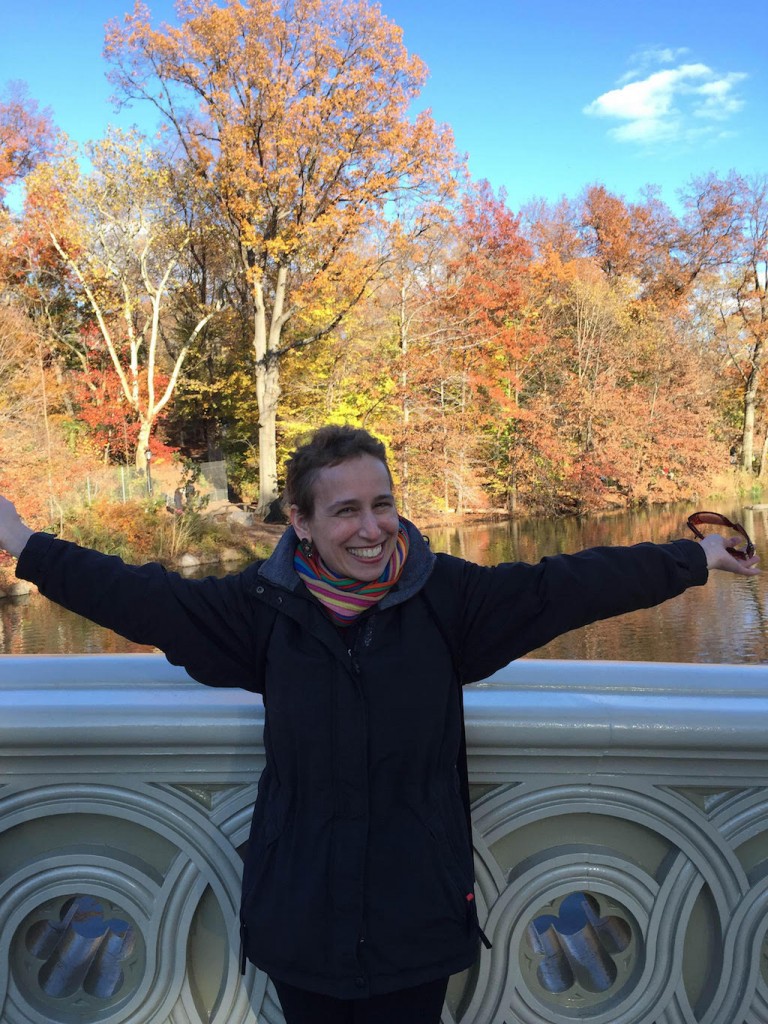