I don’t want to write yet another post about the Coronavirus plague which gets swallowed up in the deluge of such posts on my and others’ newsfeeds. If there is no message, nothing we can learn from this time of introspection while in self-isolation, then what is the point in adding yet another coronavirus post to the pile? Human stories and moving personal accounts give us insight into the extent of the human tragedy of this virus, but we need to also grasp the momentousness of this event – and the opportunity it affords us.

None of us will ever forget the experience of living through a plague. Whoever dreamed that in our lifetime we would? Everything that came before it will be bracketed by it and nothing that comes after it will be the same. Our lives will from now on be defined by what came before the coronavirus and what came after. Social habits, expressions of affection and intimacy will never be the same. Our sense of personal space in which we feel comfortable around people has expanded. Spacing of seating in public transport, airplanes, sports stadiums, theaters, and cinemas, will need to be adjusted accordingly.

Countries’ economies have been all but decimated by this virus. Many manufacturing industries have ground to a standstill. Many small businesses, especially in the areas of trade and services will likely go bankrupt unable to make their payments to suppliers and landlords. I expect that the most hard-hit will be first of all the travel industry. People, traumatized and scared of being infected while on vacation in a foreign country, will travel abroad less. Airline companies are going to have to cut their fleets and personnel and travel prices will soar. Businesses in the entertainment industry, restaurants and coffee shops will also be hard hit. The viability of their businesses, if they recover, will diminish, as the demands of expanded social space and distancing will require them to host fewer customers at one time. This means less profits, which means less employees. Many will lose their jobs – and since these jobs are usually performed by students while studying, they will be particularly hard hit – both in terms of student debt and in terms of being able to pay their way through studies. The government needs to step in and legislate subsidized student fees. Otherwise, the domino effect will also cause the collapse of universities and colleges – and what that will hold for the future is too disturbing to contemplate in terms of higher education and qualified professionals for industry, health, and the economy.

As a result of the economic crisis which will result from this plague – a depression or recession – the shrinking economy will mean wage and salary cuts if people want to hold onto their jobs. And, remember that people took out loans and mortgages based upon the prediction of their incomes. What this means in terms of their ability to now balance their expenses with their income, could be disastrous. Unless government and central banking steps in fast, people with loans and mortgages will not be able to withstand the burden of their debts and commitments, things like their children’s education. Many families are going to lose their homes. How we deal with this will define whether we have learned anything from this crisis.

We have been living in a world of hyperconsumerism, where aggressive marketing has created demands for superfluous, non-essential products. How many of us buy gadgets and items online because it looks cool? How many of us upgrade our phones and computers just because we get bored with what we have and we see an amazing advert for a “deal” to get something better? This type of behavior is sustainable only in conditions of affluence. As the economies shrink, so will that affluence and with it, there will be a change in consumer behavior. That means job losses. We have been used to having low unemployment of about 3-4%. We will need to get used to perhaps double that. This also means less income tax to finance government activities. How do we cope with that? We need to think about it now! 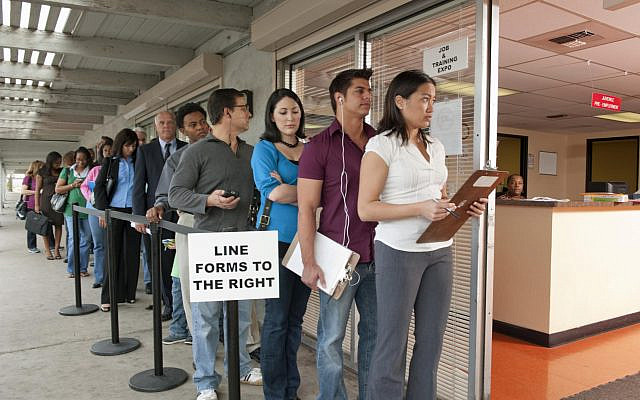 Unemployment applicants. Is this what we will see? (Courtesy of the Balance)

Here is the irony: Perversely, just when we were experiencing the zenith of global hyper-capitalism, in order for countries to keep their economies solvent and not to spiral into a necrotizing depression – or even stagflation – governments are going to have to become more involved in all aspects of the economy and society. They are going to have to bolster financial institutions, which if there are mass defaults on loans, could collapse worse than in 2009. Certain essential industries and institutions will probably need to be nationalized, if temporarily; electricity, docks, airline companies, etc. Intervention in the stock and currency markets will need to be more aggressive, to avoid a crash. No government can afford – or survive the results of high unemployment and the social upheaval the resulting poverty and loss of property will cause. Therefore, I believe that the governments will have to upgrade unemployment benefits and ease the restrictive qualifications for those who apply for it. And if they don’t, they will be ousted in the next elections and they know it. The economy will have to become more centralized. Free market economics will become unsustainable in the face of the tsunami of social upheaval caused by the economic results of this plague. No economic policy based on theory can possibly withstand the pressure of mass human distress and demands for redress. To finance all this, the government will have to spend more. Besides expanding its national debt, which is always dangerous and could cause inflation, it will also have to increase its income. To do this it will have to increase taxation. Blanket taxation, like increasing VAT, will have a negative effect, because it will cause people who are already strapped for cash to buy even less, and therefore the projected income will be less. I believe they will have to impose a more progressive taxation system, increase taxes on the wealthy and cut back on tax breaks to big businesses and companies. The alternative would be to watch people struggle and suffer, and that will almost always be remembered come elections. Conclusion: libertarianism will become irrelevant, many countries will curb their capitalism and adopt a Welfare system. I sincerely believe this will have to be done, or else the world’s economies will collapse like a house of cards, plunging us all into chaos and anarchy. Who would have thought that a soft form of Socialism would make a comeback?

I would like to end with a look at the human side. If there is anything we have learned from this plague is that we are all in this together. What affects one of us, affects all of us. We are all confronted with the prospect of death as a real possibility. I have had to confront that prospect a number of times in my life, especially in the army in Lebanon. But, never has the prospect been constant, unrelenting and unseen, making the most mundane of activities and habits potentially fatal. 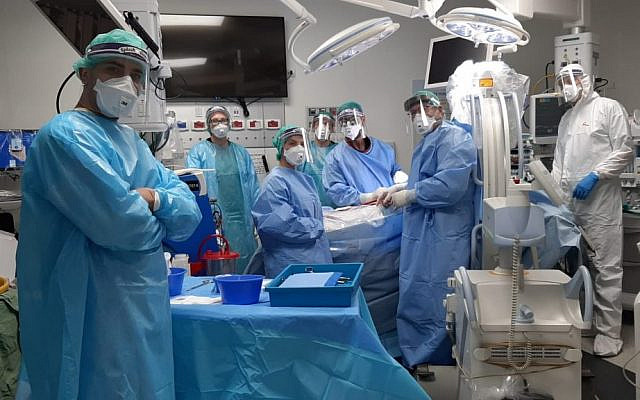 What we are realizing is that in our determination to deal with the pandemic, we are achieving levels of cooperation with each other that seemed inconceivable before. While doctors, nurses, first responders, and all support staff – Jews, Muslims, and Christians work side by side to save lives, every single person’s life and irrespective of who they are, we have come to realize that we have more in common than differences. We share the same fears and the same hopes. We share the same exhaustion and sense of duty to fight on, together. We have come to realize that the collective, amorphous “they” is really “you” and “I”. And that when confronted with a common danger, we can work together with those whom only yesterday we saw as our adversary and enemy, to protect and save each other. It is this spirit of cooperation and realization, that we have a common fate, that we must take from our experience with this plague. We all share that fate and we depend on each other, we need each other, to ensure our long term survival. We have hit “reset”. And, the opportunity given us to recalibrate our thoughts and behavior, and to embrace this togetherness precisely when social distancing is the norm must be what we take out of this.