HRH Prince William, the Duke of Cambridge, the second-in-line to the throne, is currently visiting Israel ending decades of cold-shouldering by the Royal family. He is the first Royal to visit since the termination of the British Mandate seventy years ago. 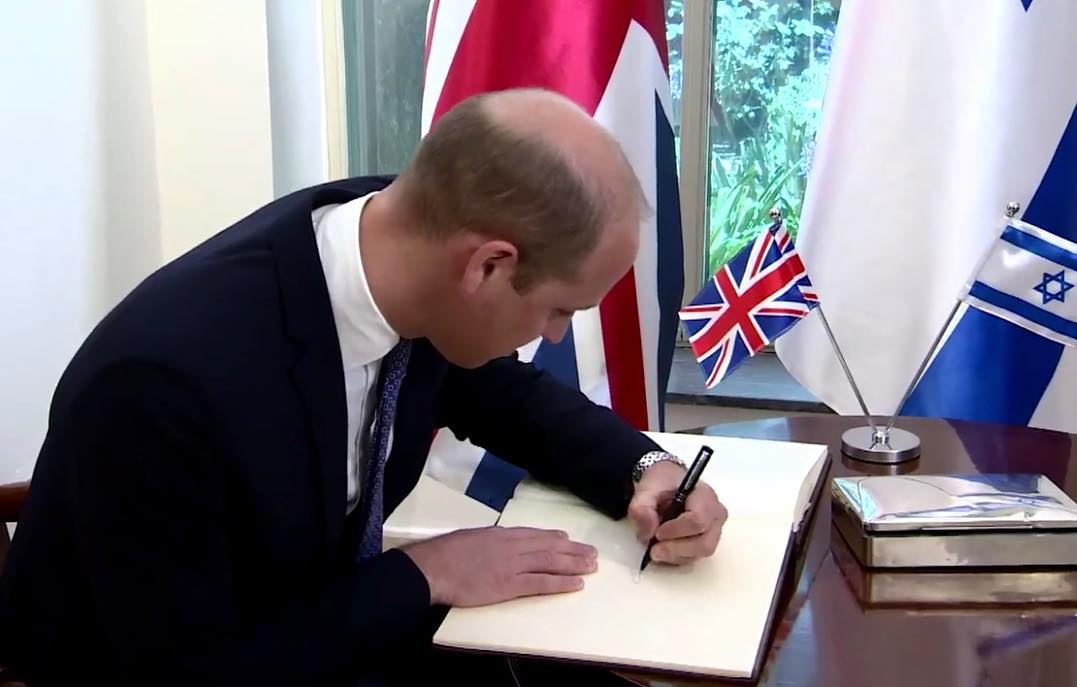 A deep source of frustration for Israel has been the lack of any official visit by members of the British Royal Family despite numerous invitations. This is notwithstanding the fact that they frequently visit authoritarian Arab states, including Saudi Arabia, Abu Dhabi, Oman, Brunei, Jordan, Egypt and Qatar, countries marred by human-rights abuses and corrupt justice systems. Yet, until now, the Royals have consistently avoided the one true democracy in the Middle East, which despite issues it is grappling and wrestling with, is a beacon of tolerance in the murky morass of the Middle East. Prince William’s Grandmother, the Queen, has visited over 130 countries during her long reign leading journalist David Landau to ask, “Is there another member state of the United Nations that the British Royals have so consistently and assiduously snubbed in this way?”

Whilst Prince Charles and his father the Duke of Edinburgh have both visited Israel, the British Government has been at pains to stress they were personal visits and not taken in any official capacity. What, until now, could have been the possible reasons for this unswerving rejection, despite the fact that the Royals have visited some of the world’s most controversial countries including China, Russia, Brunei, Malaysia and Saudi Arabia?

The question is, why now? Why has Her Majesty’s Government decided to strengthen diplomatic ties between the UK and Israel at this time? This is not a dedicated State visit, rather it also includes visits to Jordan and, in the language of the official communiqué, “Occupied Palestinian Territories.” In other words, the Foreign Office needs to “show balance.” In addition, the UK only has one year left of EU trade membership and is probably interested in expanding trading ties.

Maybe, as crazy as it sounds, finally the UK government has woken up and seen all the good Israel does for the world and is showing support and interest. Despite living in a tough neighbourhood, Israel strives to be a “light unto the nations.” Daniel Gordis commented that, in addition to working for the benefit our own citizens, “This country has become a country, with all of its imperfections, that sees as part of its purpose as looking out for other people.” Whatever the reason, we all wish Prince William a wonderful visit and hope that the best education for him regarding the “true Israel,” the Israel beyond the media headlines, is to experience it himself.