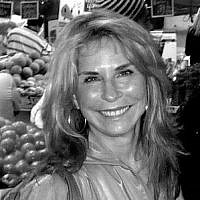 I remember how I felt when I first saw Paradise Now the 2006 Academy Award nominated film about two Palestinian men solicited for a terrorist attack on Tel Aviv.

At the end of the movie, one of the two men enters a bus teeming with Israeli life — soldiers, the elderly, children on their way to school — and takes a seat. The camera holds on the man’s face as his unseen fingers reach for a cord that takes the lives of the innocent.

But there is no explosion. No cries from the victims. No desperate shouts from the rescuers. The camera simply cuts to a white screen and silence. For the filmmaker and the audience, the story is over.

It’s not over, I thought. The story doesn’t end when the cord is pulled. It doesn’t end with the mangled bodies, the search for the missing, the identification of the victims, the burying of the dead.

It’s not a bus that gets blown apart, but lives. The attack deprives children of their parents and robs parents of a piece of their future. It lingers in the fear and loss that ripples through families and neighbors and a country.

Since September 13, 2015, 49 people have been killed and 731 people (including 4 Palestinians) injured in terrorist attacks in Israel, a country with a population smaller than the surrounding suburbs of Paris.

How do the survivors cope? How do they pick up the pieces of their lives and move forward?

What about terror’s other victims – the people left behind?

After terrorists brutally murdered their 13-year-old son, Koby Mandell and his friend, Yosef Ishran, while they were hiking in the hills by their home in 2001, the Mandell family knew immediately that the tragedy of Koby’s loss could easily destroy them.

To go on, Koby’s father, Seth, a rabbi, and his mother, Sherri, an author and journalist, needed to transform the cruelty of Koby’s death into acts of kindness and hope. For that reason, they created the Koby Mandell Foundation which provides healing programs for families struck by terrorism and tragedy.

It’s big task to lift a spirit, and the Mandells don’t do it alone. They have the support of Los Angeles-based comic and writer, Avi Liberman, who helps them raise funds for their life-affirming work.

Liberman was first inspired to lift hearts with comedy during a visit to the Jewish homeland in the midst of the Second Intifada in 2002. Born in Israel and raised in Texas, Liberman is now firmly anchored in Tinseltown. So, he did what many of us do, he reached out to his friends and asked them to help.

Today, Liberman, together with Nancy Spielberg and DJW productions, brings top name comics to Israel twice a year in his “Comedy for Koby” tours with all profits going to the Mandell Foundation.

Once there, the comics see more than the inside of a comedy club, they see the country and meet its people. When they return home, they are emissaries for the Jewish state, sharing their experiences with the world.

The Comedy for Koby tour returns to Israel May 25 – 29 with comic superstars, Brian Regan and Joe Bolster.

Buy a ticket, tell your friends.

“What soap is to the body, laughter is to the soul.” — Yiddish proverb.