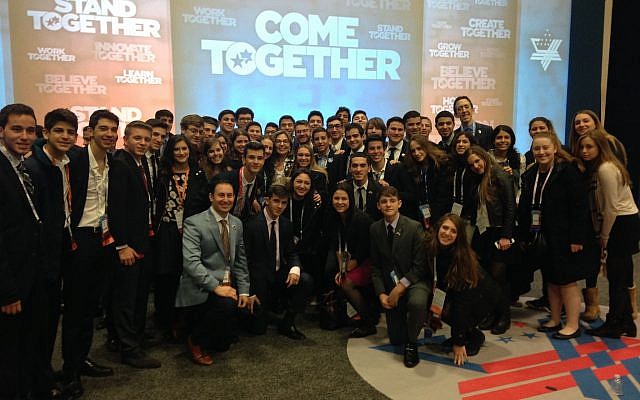 Last week a storm erupted over the role of AIPAC, money, and lobbying play in American politics. Before I begin, I want to fully disclose that I have been a dues paying member of AIPAC for fifteen years, have been given an “Ally of the Year” award by AIPAC, and I’ve been compensated to speak at AIPAC conferences. Congresswoman Ilhan Omar tweeted that AIPAC money was the motivating reason that Congress supported a strong U.S.-Israel relationship. Omar faced criticism that her tweets were anti-Semitic. I believe that her tweets were not only anti-Semitic, but also hypocritical and anti-American.

When America declared its independence from England in 1776 it established a set of rights that the founders believed were Divine. These new Americans had rebelled against the King of England who denied his subjects these rights. The freedom to petition the government was one of the rights Americans rebelled to gain. Every citizen has the right to tell their elected officials their opinions about government policy. Silencing or even the limiting free speech is the act of despots and dictators. Part of the right to petition elected officials is the right to financially support efforts to elect people to office. There is nothing un-American about lobbying or campaign contributions, they are the backbone of a healthy democracy.

I don’t know anyone who feels that AIPAC is above criticism. Like any large organization, AIPAC takes unpopular policy, strategic and tactical positions. Criticism of AIPAC is fair, as long as the criticism isn’t hypocritical or based on a double standard. Representative Omar’s insinuation that financial contributions made by AIPAC members (AIPAC itself doesn’t make campaign contributions) are nefarious is hypocritical. As has been widely reported, Omar herself has taken over $60,000 in PAC money. Neither she nor her AIPAC critical friends have acknowledged her “guilt” of the same offense she accuses others of perpetrating.

What’s worse than her hypocrisy is Omar’s use of historic anti-semitic language and pretending she was unaware of its dangerous connotations. After her “apology,” her local Jewish community told of a meeting over a year ago where Omar was informed that her language was offensive and anti-semitic. Those at the meeting reported Omar’s disinterest and her recent behavior demonstrates an indifference to the sensitivities of Jewish Americans.

While her hypocrisy and anti-Semitism has been covered, I haven’t seen Omar’s alignment with CAIR examined. A lobbying organization that can be described as the political opponent to the U.S-Israel relationship, CAIR has been named in American federal court as a partner of the terrorist organization Hamas. According to Omar’s reasoning that money influences elected official’s political positions, it’s clear that Omar is only critical of Israel because she’s been receiving campaign funds from CAIR. Based on her position that campaign contributions govern an elected official’s opinion, Omar’s acceptance of campaign funds form CAIR is true bias and should disqualify her from any foreign affairs committee assignment.

Members of Congress and American Presidents have long supported a strong U.S-Israel relationship. That support doesn’t come from campaign contributions or political pressure, but rather it reflects the views of the American people. Americans overwhelmingly support a strong U.S-Israel relationship. Americans recognize that in a neighborhood of despots, corruption, and intolerance, Israel shares American values of life, liberty and the pursuit of happiness. A strong Israel strengthens American national security.
Omar’s criticism of AIPAC was anti-semitic, hypocritical and anti-American. AIPAC is an organization with American Muslim, Christian and Jewish members who stand for their belief that a strong U.S-Israel relationship is best for America’s national security. AIPAC’s staff are dedicated professionals who work tirelessly to ensure that America and Israel’s shared values succeed in both nations. Even those who disagree with AIPAC’s policies, positions or strategies should celebrate AIPAC’s commitment to the first amendment. It is organizations like AIPAC that protect and enhance America’s values.