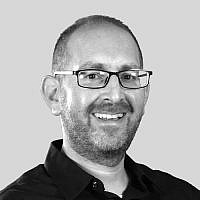 That Philippe Karsenty has been found guilty of defamation in a French court for accusing France 2 of staging the death of Mohammed al-Dura is not a huge surprise given the legal history of the case.

It is certainly a costly verdict. In monetary terms, one can only imagine the amount that Karsenty has spent on a virtual one-man crusade that only recently gained the backing of the Israeli government.

More costly, however, is the damage that this verdict will cause to Israel’s PR. The overwhelming evidence gathered over the years was more than enough to drive a train through the accusation that Israeli soldiers were responsible for the bullets that allegedly hit the Palestinian boy and his father on that day in September 2000.

To prove that Israel was not responsible may have been enough. Israel is held up to higher and sometimes impossibly high standards by the rest of the world. The burden of proof is always greater when Israel is forced to address falsehoods and libels thrown its way.

So to prove that not only was the IDF not responsible for al-Dura’s death but also that the boy had not even died during that incident was perhaps a step too far. That’s not to say that this possibility was not worth investigating.

Indeed, Philippe Karsenty should be commended for his gargantuan efforts, particularly during a period when the Israeli state was unwilling or unable to pick up the reins.

But, judging from the coverage in the international media, readers will be left not with the exoneration of Israel in the al-Dura case but with a story of a media analyst who was unable to convince a court of law of his thesis that al-Dura is alive.

A defamation conviction has thrown the baby out with the bathwater, ensuring that Karsenty’s entire research has been dismissed irrespective of those parts which were undeniable.

Ultimately, while there may be a conviction, there is plenty of evidence that was proven beyond all doubt – evidence that will be superseded by the overall verdict.

So where do we go from here? I do not know what, if any, legal recourse Philippe Karsenty has left. This may very well be the end of the road when it comes to the French court system or any further efforts to hold France 2 and its correspondent Charles Enderlin to account.

There will also be those who will look at this verdict and say that an incident from thirteen years ago was best left alone. I disagree. Israel’s enemies have no compunction when it comes to rewriting the history books going back to before 1948 and the establishment of the modern State of Israel.

Individual incidents such as the alleged Deir Yassin “massacre” in 1948 are constantly used by Israel’s detractors as a means to demonize and delegitimize. Equally, and especially in the age of the Internet where libels can be spread with unprecedented ease, every modern-day accusation leveled against Israel has the potential to cause damage decades into the future.

That’s why we should never allow libels such as the al-Dura incident to go unanswered or unchallenged irrespective of the time that may have passed. This setback in a French court must not be allowed to become the accepted narrative. We must do everything in our power to ensure that the report of the Israeli government, while thirteen years too late, becomes the definitive narrative of events.

Of course, knowing Philippe Karsenty’s dogged determination, who’s to say that this is the end of his quest? The battle over what really happened at Netzarim Junction in the Gaza Strip in 2000 looks set to continue even after this latest setback.

About the Author
Simon Plosker is the Managing Editor of UN Watch, a non-profit organization dedicated to holding the United Nations accountable to its founding principles. From 2005-2020, Simon was Managing Editor of HonestReporting following several years working in a variety of non-profit organizations and immigrating to Israel from London in 2001. He has a BSoc.Sc in International Studies and Political Science from the University of Birmingham and an MSc in History of International Relations from the London School of Economics.
Comments