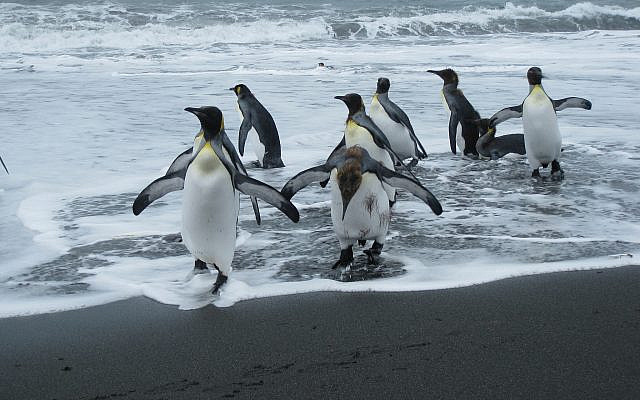 Even an emperor cannot stop the tide (Roger M. Kaye)

The alarm rang, time to get up. My knee groaned as I slowly got myself upright. Climate Change, I said to myself, I never had this problem when I was young, it must be Climate Change. In the shower, the water was hot, even hotter than usual; Global Warming, I thought, right here in my shower.

Once I had got myself moving, I looked out of the window. It was raining, not cats and dogs just ordinary water, but definitely raining. I looked back at my diary for last year – yes on December 27 it had been pleasant with some sunshine, but today it was raining, The climate was changing in front of my eyes.

Breakfast left me in a quandary; my porridge was just right. Even Goldilocks would not have been able to find fault with it, but the toast was burnt. Was this Climate change or Global Warming, I wondered. It couldn’t be just a problem with the toaster and of no significance for the future of of the planet and mankind.

Last month it was reported that no less a person than the queen of the United Kingdom, that’s the one who has visited every evil dictatorship in the world but has never found her way to Israel, also worries about global warming. She has, privately, voiced her long-standing concern about climate change. Perhaps I should tell her about my toast.

I enjoyed a glass of English wine with my burnt toast. Vineyards in Britain have always been affected by Climate Change. In the late eleventh century, just a short time ago in the lifetime of our planet, there was the Medieval Warming. This was a time of warm climate from about 900–1300 CE, when global temperatures were a little warmer than today, possibly caused by increased solar activity, decreased volcanic activity, and changes to ocean circulation.

Tax records show that wine grapes were grown in Britain. By the time King Henry VIII came along, there were 140 sizeable vineyards in England and Wales owned by the Crown, noble families and the church. But the climate changed again with the arrival of the Little Ice Age, and it was too cold. However, the ever-changing climate has seen vineyards making a comeback in today’s Britain.

To those of us with long memories, it would seem that the climate has always been changing. There have been warm periods when grapes grew in London’s Vine Street and cold periods when skating on the frozen River Thames was a popular pastime. But this time is different, we are told. This time it is our fault, we humans are causing the climate to change. And we have the scientists to prove it. Today’s scientists are wise and trustworthy, not the foolish, unreliable scientists of the early years of the Twentieth century who predicted an impending Ice Age. Even as recently as 1965, at a conference on climate change held in Boulder, Colorado, a discussion on Milankovitch cycles (that show how changes in the Earth’s movements affects its climate) gave rise to speculation that small changes in sunlight might trigger ice ages.

But today we are wiser. We accept our guilt and, led by a 17-year old Scandinavian schoolgirl, we are ready to give up everything in order to save the planet. We are ready to follow in the footsteps of that other Scandinavian environmentalist, King Canute, and take our chairs into the street and, sitting comfortably with a glass of English wine in our hands, demand that the climate stop changing.