It is hard to describe what it feels like to stand in a room of more than 1500 lone soldiers from around the world.

But I will try, because that was my experience today.

Today, in Tel Aviv, more than 1500 lone soldiers from Russia, France, America, Canada, South America, Ethiopia, India and other countries came together to receive free administrative assistance. Lone soldiers, who come to Israel without immediate families and serve in the IDF (there are also, unfortunately, lone soldiers who come from at risk families who are part of the same group), are entitled to take a Personal Planning Day once every two months. This day allows them to deal with personal affairs like bureaucratic paperwork, to handle banking issues and to tackle other tasks. 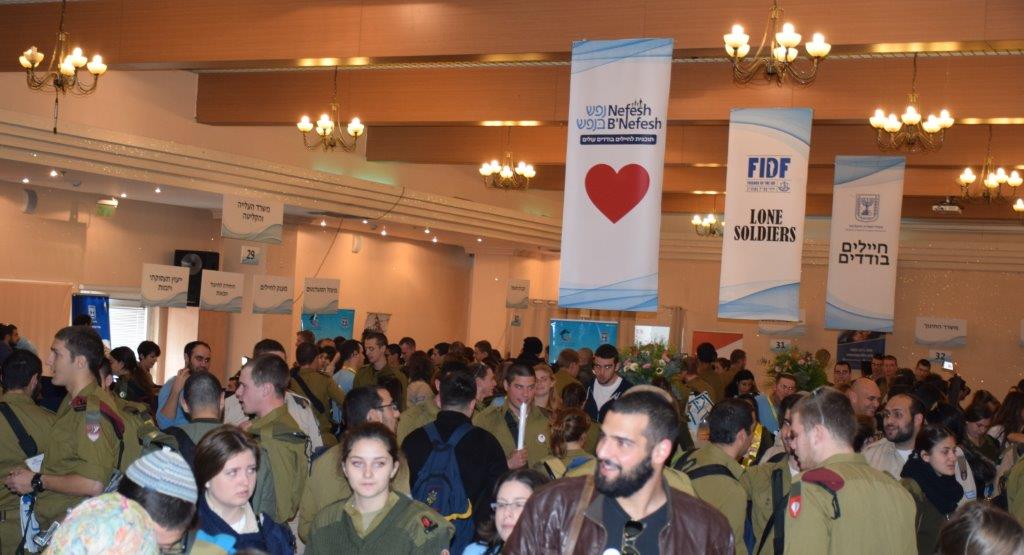 But many lone soldiers have complained that they simply can’t get to all of the tasks they must accomplish in the amount of time allotted. There is too much to do with too little time and too little assistance to do it since they have no family in Israel. And sometimes, they don’t even know what they need to be getting done, or what their rights are.

As a response to this need, Nefesh B’Nefesh and the FIDF International Lone Soldiers Program have stepped in to help. Started in 2014, the annual Yom Siddurim (National Personal Planning Day) helps to minimize the time, energy and stress placed on these soldiers. The event is organized by Nefesh B’Nefesh and The Friends of the IDF (FIDF) Lone Soldiers Program with a vast array of other agencies in cooperation. Other partners include: the IDF Human Resources Department, the Ministry of Aliyah and Immigrant Absorption, the Ministry of Interior, The Jewish Agency for Israel, Keren Kayemeth LeIsrael and JNF-USA. 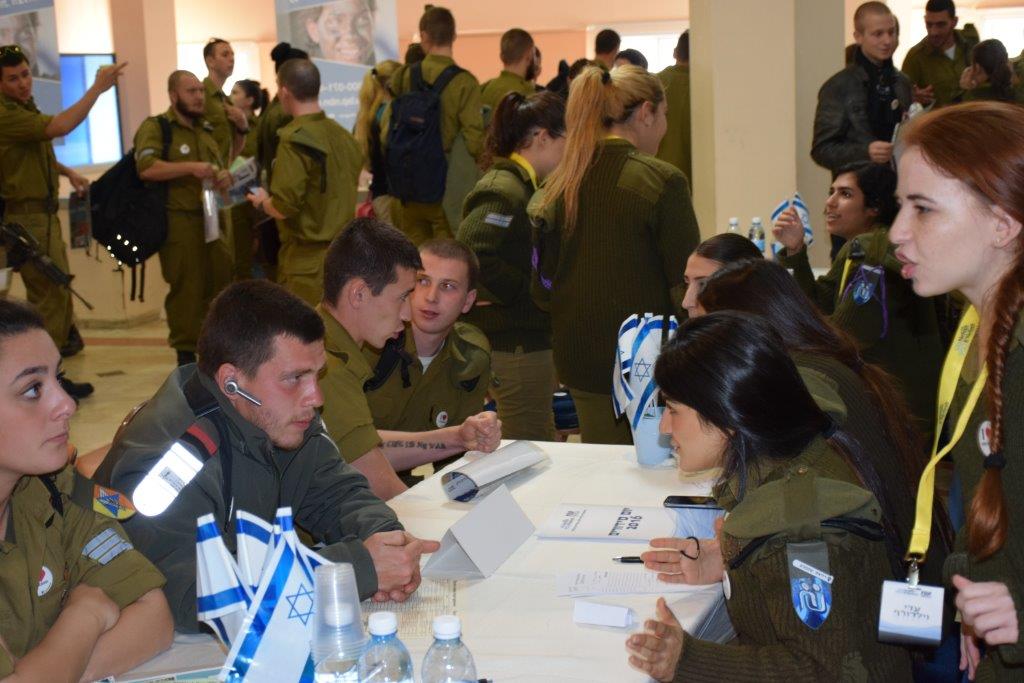 As Rabbi Yehoshua Fass, Co-Founder and Executive Director of Nefesh B’Nefesh explained in a press release,

“Since launching the NBN-FIDF international Lone Soldiers Program in 2012 with the full support and blessing of the IDF, we have been constantly improving and expanding the services offered to these thousands of dedicated young men and women. Yom Siddurim minimizes the time and energy these brave lone soldiers spend attending to personal errands, enabling them instead to focus on the remarkable privilege of protecting and serving our country.”

The event today took place in Tel Aviv at Beit Hachayal for over six hours and included representatives from the Ministry of Aliyah and Immigrant Absorption, the Bank of Israel, the Ministry of Housing, the Automobile License Authority, and the Israel Tax Authority.

The atmosphere was uplifting and invigorating. You could see the look of relief on the faces of many of these young men and women, soldiers who just don’t have the resources to get the mundane tasks done that we can accomplish in civilian life, and that soldiers with parents helping them can also accomplish with ease. 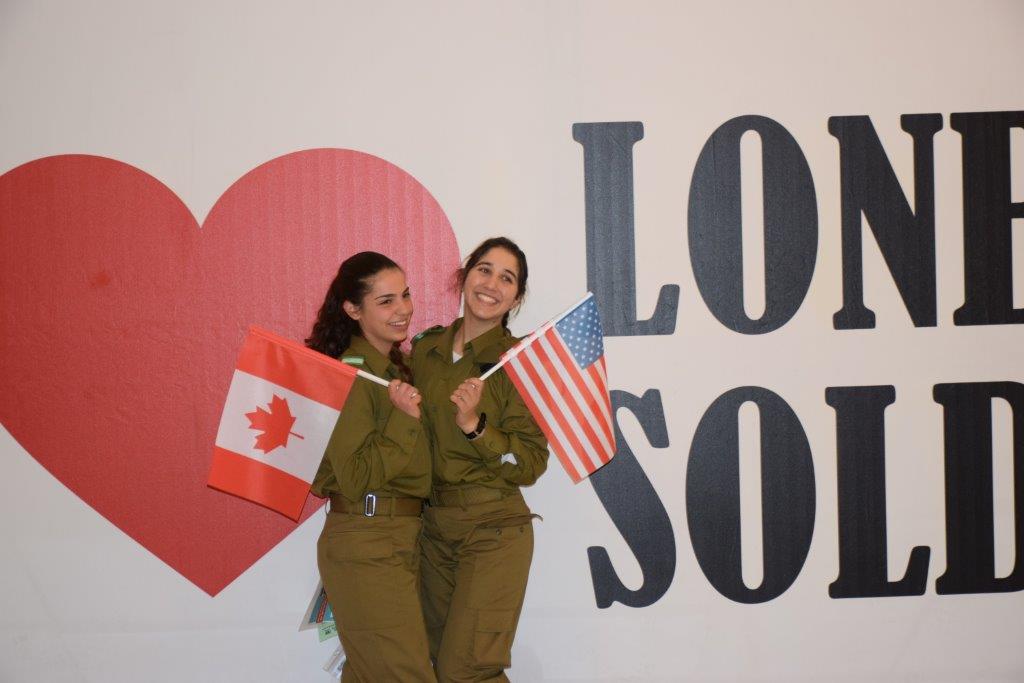 One soldier, M.L., who arrived on Aliyah in 2013 from Chicago, described the event as “awe inspiring.” As part of the Nahal Infantry Brigade, he explained that he’s stationed up North and is on a rotation where he’s on for seventeen days and off for 4, but that the 4 usually includes Friday and Shabbat. As he said, “I’m exhausted when I finally get out and I have a long ride back to my apartment. I don’t want to deal with errands, with running around each time that I’m out. And half the time it’s Friday and Shabbat when I get out and I can’t even get things done. This event is truly awe inspiring.”

One clerk from Misrad Hapnim recounted how touched she is each year at the event. She explained that she requests every year to be able to staff the day and she calls it the “Highlight day of her year.” Clearly, this has made an impression on those around her, as well, to the point that her daughter and son-in-law took a day off of work today to come and volunteer.

When we picture Kibbutz Galyiot – the gathering of the masses to Israel – this room was truly the embodiment of that idea. The massive hall was awash in color – berets of every hue were visible on the shoulders of the soldiers. Uniforms from every unit, with soldiers from the world over were there – taking care of their business needs and getting the assistance that they so truly deserve as they serve and defend us each day. While munching on bourkas, pizza bagels, chips and more, soldiers could be heard speaking in Russian, English, Spanish, French and Hebrew.

It was hard, as a spectator, not to think about another room, some 65 plus years ago that must have been similarly filled with young boys and girls, future Israelis. A room filled with Holocaust survivors who had made it to the shores of Israel, ready to start a new life.

Today, that room was filled with strong, determined, gorgeous young men and women who have reached our shores with less struggles, less life-threatening stories; but with the same determination to be part of something greater than themselves, to join their bodies with the Nation and to tell their story through the story of our people, of our Land.

And today, they received the assistance that they need to take care of themselves while they continue defending us and our country. 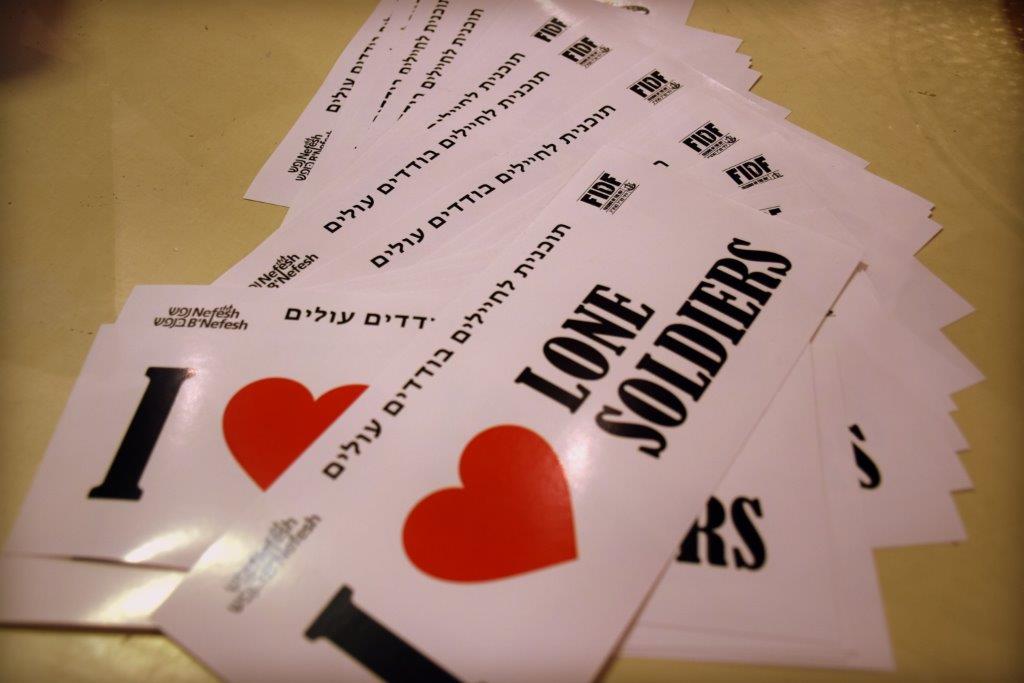 Picture courtesy of Nefesh B’Nefesh
About the Author
Romi Sussman is a teacher and writer. When she's not at her computer, she's juggling raising six boys ages 11-22 and conquering daily life as an Olah. She enjoys blogging here and on her personal blog at http://aineretzacheret.com.
Related Topics
Related Posts
Comments