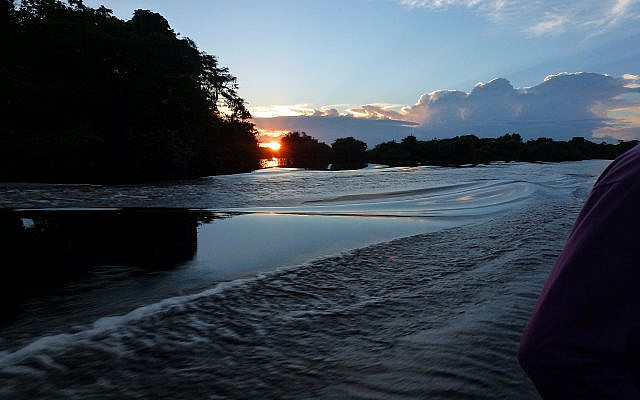 The Other Amazon (Photo by the author)

Amazon is watching you: How the tech giant’s new surveillance tools herald a brave new world (The Telegraph 6 January 2021)

I stepped outside to pick up the newspaper from the front gate. I made sure that my baseball cap was pulled well down. A few days ago, Amazon’s spy in the sky had caught me glancing at the blonde 30-something who lives across the road. By the time I had got back to my kitchen, Amazon had sent me a special offer on condoms, something to perk up the older man and a long list of divorce lawyers.

I am, of course, a subscriber to Amazon’s “surveillance as a service”. This will let me know if an Amazon drone spots any problem with my house – a fire, any doors left open. The drone is programmed to ignore any problems in my neighbour’s house, they haven’t joined the service. Amazon doesn’t care if their house burns down, as long as it doesn’t spread to mine.
It is possible that Amazon could misuse the information that it is collecting. But a recent survey has found that nearly 40 percent of Americans trust Amazon to do the right thing, whereas less than 10 percent trust the US government.

While an Amazon drone is watching your house from above, your Amazon doorbell silently snaps images of your callers. It will run any suspicious characters through its artificial intelligence system and issue a warning if it comes up with a match. If it is the blonde from across the road, Amazon will check all the rooms of your house and will only open the door if it determines that your wife is out.

And, not content with watching, Amazon is also going to be listening. A future system will listen to the everyday sounds of your house and then play them when you are not at home. It will listen for unusual or suspicious noises such as splintering doorframes or breaking glass. (It will, of course, ignore such sounds if it determines that both your wife and the blonde neighbour are in the house.)

It will also turn lights on and off in your usual patterns of use. Hopefully, this will persuade burglars that your house is fully occupied and send them on their way to a neighbour who lives without Amazon’s protection.

If your drone is not watching carefully enough, you might consider buying an Interactive Plush Squeaky Toy Dog, available from Amazon. For readers who are finding this blog too long it can reduce boredom, as well as guarding your house.