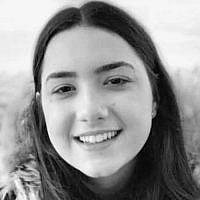 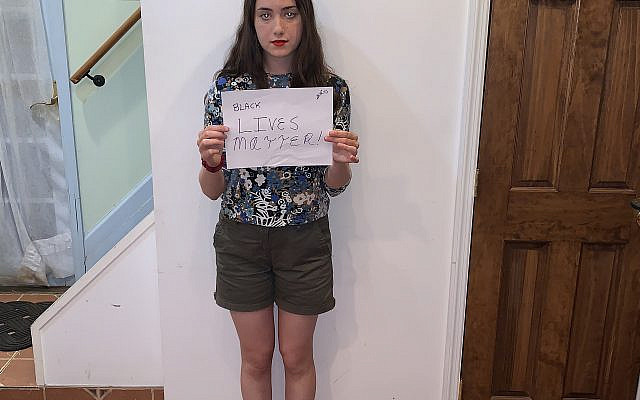 The images of mangled bodies flash before my eyes. I am 13 years old at the United States Holocaust Memorial Museum in Washington, D.C. My principal assures us, “victims of the Holocaust were exposed to this brutality when they were younger than you.” We are victims too. We are Jewish. This could happen to us. This is the mantra of Exile. It is our Mesorah. Yet, it is our justification against racial bias.

Somewhere treading the line between not forgetting the Holocaust and alarming our brethren of anti-Semitism, Orthodox Jewry has tiptoed around our staunch commitment against discrimination. Perhaps, it is because we are too afraid the world will forget about Jew-hatred. Perhaps, it is because they always do turn on us. However, my anecdotal evidence of anti-Blackness within the Jewish community does not indicate its origin.

It begins in a classroom. I do not remember the date. I do not remember the teacher. I remember the Sefer: Bereishit. Specifically, we are learning about Ham, the son of Noach, who is cursed into slavery. We are told that it is the origin of Black slavery. The education is filed away. I retain it. I go to summer camp. I am 9 years old and I hear, “Schvartze,” for the first time. Ten years later, I ask a Black girl if I can touch her wig. An innocent question stemming from my life around Sheitels, I do not even consciously understand its racist bias. A year later, I am visiting my friend at her school. During shabbos lunch, a man says the “n word” to me. I startle. Gasp to my friend. Avoid him. He confronts me again and calls people the dreaded slur. I lose it, “you are in a holy place do not speak to me while you use such language. Get out!” I do not even go there. Yet, I remember the moments in which I was confronted with racism and did nothing. The moments in which I unconsciously was racist. The moments in which I contributed to a racist narrative with my silence.

Caroline Glick tweeted that Black Lives Matter is, “an anti-Jewish hate group,” and thus, Jews on various Facebook groups conceded to silence. However, in silence, we mimic those that contributed to our mantra of victimhood. We echo the Germans who were silenced. שתיקה כהודאה, silence is acquiescence. Anti-Israel hatred wishes to ostracize the Jewish community. Though intersectionality is a good thing and has positive roots, various organizations align with anti-Israel rhetoric in order to further their humanitarian objectives. Thus, Jews that are LGBTQ+, racial minorities, environmentalists, or belong to any other left-leaning identity or subgroup feel alienated on college campuses. This in turn alienates Jewish progressives. It silences us. I cannot be a feminist on Columbia’s campus because I am a Zionist. I cannot take a class on human rights because I am a Zionist. Zionism becomes my Jewish star, and thus the anti-Semites win. If Jews do not participate in Black Lives Matter we become alienated. We become dehumanized. We allow the anti-Semites to remove our empathy because that is their expressed goal. We forget that we were slaves in Egypt. That G-d punished the Egyptians for their silence. That we must ensure that no one is ever silent in the face of oppression again.

Moshe Rabbeinu, the greatest Jewish teacher, murdered an Egyptian slavemaster when he struck a Jew because וירא כי אין איש (Shemos 2:12). The Emek Davar explains the words ויך את המצרי, “he struck the Egyptian as,” “במקום שאין שם איש השתדל הוא להיות איש,” In a place where no one is a man, try to be one.” Derek Chauvin knelt on George Floy’s neck for more than eight minutes, while no one intervened. Now, we must follow in our teacher’s footsteps, and never be a bystander again. When we see hatred, slavemasters, whipping, and murder we must be האיש or האישה. The Jewish community has realized the discriminatory practices of the police during this Covid-19 pandemic. Mayor De Blasio has routinely slandered the Jewish community and fined the ultra-Orthodox, while white people crowded the parks of New York City. We have seen these hateful biased practices. We know their truth. Yet, we fear for the Keffiyehs in the protest, the #FreePalestine graffiti on the synagogue, and the Palestinian appropriation of George Floyd. However, if we cannot march. If we cannot donate because we are afraid of where the funds go. We must donate to the Jews in our community who are hurt by racism. The laws of Tzedakka dictate that Jews must donate first to Israel. Donate to charidy’s מנהיגי העתיד. Have difficult conversations. Stop doubting the Judaism of those who are not white. Love your neighbor as yourself.