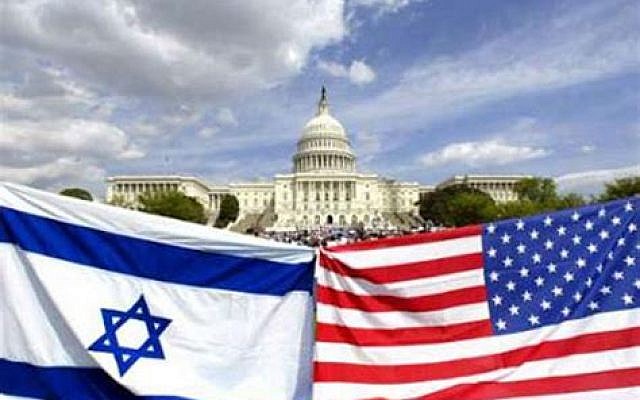 Funding Levels from U.S. Government: The United States Congress must continue to maintain adequate funding levels for annual security appropriations to Israel. We must ensure they maintain their military edge in the most unstable region in the world. The Iron Dome Missile Defense System saves lives every day in Israel and we need to continue to make sure Israel has the resources they need to be our strong and reliable partner! In addition, Israel is commonly referred to as the “Start-up Nation” and leads the world in innovation and new technologies. The United States Government can benefit from partnering with Israel on utilizing Israeli technology for U.S. Border Security.

Iran: Iran is the largest and most well-funded sponsor of global terrorism in the world. Through their terror networks, they fight proxy wars in Syria, Lebanon, Iraq and, Israel. Iran and Ayatollah Khameini have pledged to “Eradicate Israel from the face of the earth.” As a representative in Congress, Bryan will always fight to make sure Iran never achieves achieve a nuclear weapon and will call for additional economic sanctions on the Iranian Regime. Bryan did not support the JCOP deal that President Obama made with Iran and considers it one of the worst foreign policy deals that the United States of America has ever made! The United States Congress must continue to support and promote additional sanctions that target Iran’s Ballistic Missile Program, Financing of Terrorism and Human Rights violations. Iran is a country that openly chants “Death to America” and “Death to Israel”. We, the United States Government, must continue to condemn them at every opportunity until they are ready to disassemble their nuclear infrastructure and recognize the State of Israel.

BDS: The United States and the international community must strongly oppose the Boycott, Divestment & Sanctions (BDS) movement. Congress must act to slow the horrible BDS movement.  Make no mistake, BDS is modern day, wholesale Anti-Semitism. Bryan is a strong supporter of Anti-BDS groups and will always fight back against BDS groups.

Hamas and the PA: As a representative in Congress, Bryan will always stand up for what’s right in our country and throughout the world. Hamas is a Terrorist Organization and the PA’s Leader, Mahmoud Abbas is a known Holocaust denier. Earlier this year, President Trump signed the Taylor Force Act into law. This bill is designed to cut off all funding to the PA until they shut down their Pay-for-Slay program that has paid out over $300M to Palestinian families that have murdered Israelis, American and Jewish People. Bryan was a supporter of the Taylor Force Act and worked behind the scenes to secure support from various representatives in Congress. Now, more than ever, Israel needs partners for peace. A terrorist organization (Hamas) that openly calls for the destruction of Israel and a leader (Abbas) who routinely blames the Jewish people for the Holocaust, are not and will never be true partners for peace.

Bryan’s Background/Relationship to Israel: Being born to Jewish parents, being the grandson of a Holocaust survivor and growing up as a third generation Jewish-American was a blessing to Bryan. Like many young Jewish boys, Bryan spent days after school at the JCC in Cherry Hill, NJ.  He spent his evenings at Hebrew School at Temple Emanuel; studied there and at the age of 13 years old, had his Bar Mitzvah surrounded by family and friends.

Growing up Jewish was very special to Bryan and something that now, at 32 years old, he remains thankful for every day. Around the time he had his Bar Mitzvah, Bryan’s maternal grandparents sat him down and told him that he had two primary responsibilities as a Jewish-American: 1) Never let the world forget the atrocities that occurred in the Holocaust when the world sat on the sidelines as 6,000,000 Jews were murdered; 2) Always stand up for Israel, no matter the cost or risks involved.

Bryan’s Grandparents visited Israel more than twenty times since 1948. In the 1970’s, his grandfather, Dr. Henry Klein, spent months volunteering in the IDF in a bullet making factory. His grandparents’ love of, passion for, and devotion to the State of Israel lives on through Bryan. He will never apologize for, nor waver, in his support of the State of Israel.

Bryan is an active member of the Jewish Community in Philadelphia and is currently serving on the Board of Directors for the National Museum of American Jewish History and Jewish National Fund’s JNFuture Philadelphia Chapter.