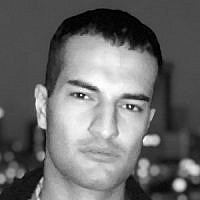 The Blogs
Sheridan Bahar
Motivated Security Policy and Transnational Security Analyst
Apply for a Blog
Advertisement
Please note that the posts on The Blogs are contributed by third parties. The opinions, facts and any media content in them are presented solely by the authors, and neither The Times of Israel nor its partners assume any responsibility for them. Please contact us in case of abuse. In case of abuse,
Report this post.

Jewish Americans are alarmed by the increase of anti-Semitism in their communities. The fear is troublesome by many in America, who would have never imagined this level of hatred before. Last week, terrorists associated with the Black Hebrew Israelites targeted a Jewish supermarket in Jersey City, leaving two dead. On Saturday, a criminal broke into Nessah Synagogue in Beverly Hills, destroying Torah scrolls and vandalizing the property. New York City, home to 1.9 million American Jews, has witnessed a 162% increase in anti-Semitic incidents on its subway cars and stations. Just last month, witnesses saw “kill all Jews,” graffiti at the 103 subway stop.

Horrific events against Jews, whether vandalization or murder, are on the rise in America from coast to coast, targeting every other American city. American Jews have seen the fall and rise of ani-Semitism in Europe, including England, but no one could have imagined the same level of hatred against Jewish people on American soil.

The hatred isn’t just from the right or the left; the hatred comes from every direction and political spectrum. There has been a significant rise in neo-Nazi groups in America, but not all these events can be linked to neo-Nazism. The issue is more challenging than ever because there isn’t one group against Jewish communities. It would be easy to say the sudden escalation of racist and nativist extremist groups like the so-called “alt-right,” the KKK, and neo-Nazis are the results for the tragedies, but these are not the only perpetrators targeting Jewish communities.

After Charlottesville, we recognized that the Alt-Right and White Supremacy movements are on a rapid rise. In 2015, researchers affiliated with the National Consortium for the Study of Terrorism and Responses to Terrorism (START), surveyed law enforcement officers across the country, asking whether officers viewed different types of extremists as a “serious terrorist threat”; their results revealed a belief that Sovereign Citizens pose a more significant threat than any other groups. Sovereign Citizens, regardless of their race, carry deep-rooted anti-Semitic beliefs.

The problem has only gotten worse in 2019 because we don’t know who could target Jewish communities next. It isn’t a neo-Nazi “thing” anymore; it isn’t just a Sovereign Citizen hatred; it doesn’t only apply to radical Jihadists. There are currently over 25 active groups of White Nationalists and neo-Nazis on Twitter. The American Freedom Party, American Nazi Party, Aryan Brotherhood, David Irving, Texas Nationalist Movement, and the Traditionalist Worker Party just to name a few. A few names within the White Supremacist groups and the list continues growing more prominent and more disconcerting.

The Federal Bureau of Investigation recently issued its annual report on hate crimes in the United States and Jews remain the most targeted religious group in the country by far. They are victims of 58.1% of all religious hate despite comprising less than 2% of the U.S. population. Just last year, a white supremacist stabbed his Jewish gay friend to death and left him in a grave. while in the same year, we witnessed the horrific massacre on Shabbat in Pittsburgh. Whether vandalization or murder, incidents targeting Jews are on the rise. They are happening in New York and Los Angeles, New Jersey, and Georgia. These acts are all over the country, without one type of perpetrator to target.

In the past, American Jews felt safe at home and empathy for Jewish people in European countries such as France. We witnessed the rapid migration of many French Jews to Israel for safety. We were saddened to discover that many Jewish communities in Europe were hiding their identity to feel safer out in public. We never imagined a day that we, American Jews, might have to exercise the same precautions in America to stay safe. The right solution is not to live in fear or hide. We must stand up, united, and fight back the hatred. We must push our members of Congress to take actions that make our communities safer.

We must push the Federal Bureau of Investigation, including local and state law enforcement agencies, to do a better job of identifying and arresting criminals. Words aren’t enough. We need our lawmakers and authorities to take the right steps towards keeping our communities safer. Together, we can make a difference at a time, when we are, once again, the target of hatred and bigotry. The American Jewry will again stand up, strong and united, to defeat hatred with love. We will not be scared, nor will we be quiet because if we don’t stand up against such hateful groups today, things will be worse tomorrow.

About the Author
Sheridan Bahar is an M.A. graduate at the Elliott School of International Affairs at George Washington University with research, analytical, and intelligence experience. He Possesses social, political, economic, historical, and cultural knowledge of the Middle East with fluency in Farsi, Dari, and Hebrew languages.
Related Topics
Related Posts
Comments