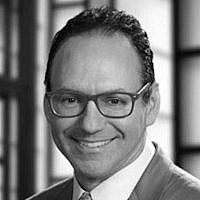 The Blogs
Jeffrey Kass
Apply for a Blog
Advertisement
Please note that the posts on The Blogs are contributed by third parties. The opinions, facts and any media content in them are presented solely by the authors, and neither The Times of Israel nor its partners assume any responsibility for them. Please contact us in case of abuse. In case of abuse,
Report this post. 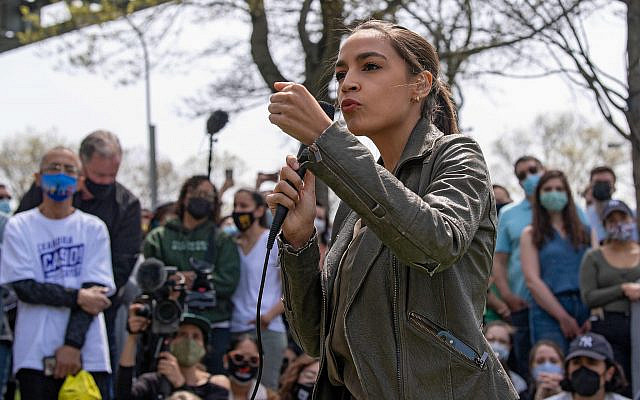 Republican Jews and right-wing Israeli media like to hyper-focus on the handful of Democratic Israel haters and users of anti-Semitic slurs. Like the eight Democrats in the House who voted against funding Israel’s Iron Dome missile defense system. You heard that right. They refused to fund a defense system which can only shoot down incoming missiles. The final vote in favor of funding it was 420-9.

Today, it’s US House Representatives Rashida Tlaib, Cori Bush, Alexandria Ocasio-Cortez and Ilhan Omar. These so-called progressives, right-wingers say, are proof that the American left rejects the Jewish connection to Israel and is anti-Semitic. These Democrats have obsessively attacked Israel and the Jewish right to their homeland. Several have even used anti-Semitic tropes and called for a boycott of Israel. Not of China or Iran. And not of Gaza, where a mixed-gender music concert at a resort was recently attacked. But Israel. According to the right wing, that’s why if you love Israel, you have no choice but to support Donald Trump and his brand of the GOP. We’ll leave for another time the heavy racism baggage that comes along with Trump’s Israel support. Eww.

There’s also the small but loud group of people taking The Squad’s anti-Jewish lead by co-opting protests against American racism and police brutality against Black Americans with anti-Semitic and anti-Israel signs. Even protests against the Kyle Rittenhouse verdict included signs about the Israeli-Palestinian conflict.

When I was a kid, it wasn’t much different. Democrats like Dennis Kucinich, James Traficant, Jesse Jackson, and other left-wing voices regularly badmouthed and defamed the Jews and Israel, although they didn’t have Facebook and Twitter to be as loud. Kucinich of Ohio many times called for sanctions against the Jewish State. Lifelong Democrat Traficant, who defended Nazi war criminals and wrote for the anti-Semitic conspiracy-laden American Free Press, charged that “Israel has a stranglehold on the US.” Jesse and his son, former Representative Jesse Jr., were well known for their obsessive disdain for Jews and Israel. Jesse Jackson regularly made anti-Semitic slurs from the 1970s on, once even calling the millennia-old Jewish idea of returning home to Israel “a poisonous weed.” When he ran for president, he called streets with Jewish merchants “Jewtown” and referred to New York as “Hymietown,” even saying “Jewtown is where Hymie gets you if you can’t negotiate them suits down.”

Oh, was Israel- and Jew-defender and ally Dr. King rolling around in his grave.

Democrats, for their part, like to hyper-focus on the wackadoodle Republicans Donald Trump helped give voice to. Marjorie Taylor Green and her Jewish Space Lasers. Florida Representative Matt Gaetz, who regularly pushes anti-Semitic conspiracy theories. Kevin McCarthy, who has promoted anti-Semitic Jewish money and control. Louisiana Rep. Steve Scalise, who literally attended and spoke at a white supremacist Holocaust-denying convention founded by David Duke. Then there was 17-year House veteran Steve King, who asked how the terms “white nationalist” and “white supremacist” became offensive and even refused to vote against bills condemning anti-Semitism. Q-Anon absurdity got its start with anti-Semitism about the global Jews running some pedophile ring.

Of course, it would also be naïve to ignore the Confederate and Swastika flag–waving supporters of Trump, like the Charlottesville ones who proclaimed that “Jews will not replace us.” Fine people on both sides. Right.

Before Trump, Republicans still had their share of loud Jew haters. Ron Paul and his anti-Semitic newsletters and, later, tweets. Pat Robertson, who spread absurd nonsense about Jewish bankers controlling the world in his book The New World Order. We know what you meant by the term “European Bankers,” you putz. Former President George H.W. Bush’s Secretary of State, James Baker, who reportedly said “F— the Jews” and regularly lambasted Israel. And former Secretary of Defense Caspar Weinberger, who regularly opposed Israel. The pre-Reagan GOP was full of Israel bashers. Don’t even get me started on the anti-Semitic state-level politicians on the right.

I thankfully don’t pledge allegiance to a party and don’t need to excuse or explain away people in a party. I have zero tolerance for racism, anti-Semitism and other bigotry. I don’t base my views on party loyalty. The left and right both suffer from their share of anti-Semites. We should remain as loud against them as they are against us. We ought never think one side just has a few outliers while the other side is enveloped by Jew haters. Silence has never worked out well. Not against anti-Semitism or any form of bigotry.

In our world of in-your-face, split-second tweets and retweets, though, we still need the lost art of perspective.

Democratic support for Israel in the House of Representatives and Senate is still as strong as it was 30 years ago. Overwhelmingly acknowledging the Jewish bond with Israel and supporting the safety and security of Israel. Make up false, anti-Semitic stuff about Obama as some will, but President Obama provided Israel with more military security equipment and protection than all his predecessors. I read Obama’s book, A Promised Land, instead of relying on right-wing reviews claiming it was anti-Semitic. The book is not even remotely anti-Israel or anti-Jewish. Indeed, it shows a deeply torn man balancing his genuine concern for Israel’s security and safety with his desire for Palestinians to achieve independence. Only right-wingers would disagree with this important yet difficult balance.

While I’m not a fan of the Republican party on a whole host of issues, from their denial of human caused climate change to race issues, wage disparity and immigration, to infrastructure and health care, rank-and-file Republicans today support the centerpiece of the Jews, which is and has been Israel for 3,000+ years.

It’s worth reminding ourselves that being pro-Israel doesn’t mean one must support every right-wing policy in Israel. That would make 50% of Israelis anti-Israel by that measure. Politicians aren’t against Israel simply because some reject Israeli West Bank settlement expansion.

The extremists may be louder today, and with far more places to tweet their ideologies, but they are still the extremes. American Jews have allies. Black, white, left and right.

About the Author
Jeffrey Kass is an award-winning author, lawyer, speaker and thought leader on race, ethnicity and society. His writing was not only nominated for the prestigious Pushcart Prize literary award, he was also named a top 50 writer on Medium on the issues of race and diversity. He also trains organizations on how to eradicate unconscious bias against people of color, Jews and others. His newest book, The Rona Diaries, journals through the COVID and racism viruses of the last couple years
Related Topics
Related Posts
Comments