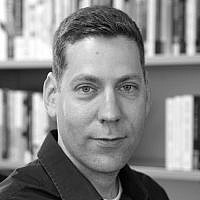 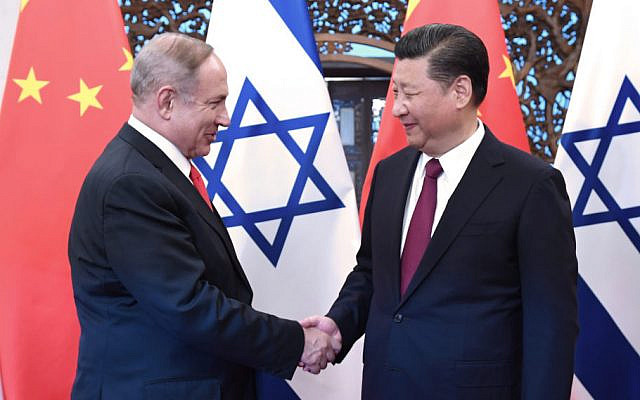 On the face of it, there is nothing that connects the American withdrawal from Afghanistan and the formation of a military partnership between the United States, the United Kingdom, and Australia. A closer look, however, reveals the overarching driver of both dramatic developments: the rise of China and the resulting American decision to geostrategically focus on the Asia-Pacific region as the main theatre where the containment of China will take place.

Certainly, this is not the first time the American administration seeks to recalibrate its global posture and “pivot” to Asia. Indeed, in October 2011 then-Secretary of State Hillary Clinton argued that “One of the most important tasks of American statecraft over the next decade will therefore be to lock in a substantially increased investment – diplomatic, economic, strategic, and otherwise – in the Asia-Pacific region.”

The lingering US military presence in both Iraq and Afghanistan and the subsequent election of Donald Trump in 2016 had stymied this strategic shift. In July 2021, however, US President Joe Biden announced his intentions to withdraw all American combat forces from Iraq but suggested the US military maintain a limited presence to train and advise the Iraqi military. After a meeting with Iraqi Prime Minister Mustafa al-Kadhimi in the White House, Biden declared “Our role in Iraq will be…to be available, to continue to train, to assist, to help and to deal with ISIS as it arises, but we’re not going to be, by the end of the year, in a combat mission,”

Biden’s decision to withdraw all American military forces from Afghanistan was long in the making and it was the Trump administration’s agreement with the Taliban that determined the overall timeline. The Taliban’s swift and successful push towards the Afghan capital, and the breakdown of the Afghan Army forced Biden to order an emergency evacuation of more than 120,000 Americans and Afghan allies in a few days. Despite the criticism from both Democrats and Republicans in Congress of the way the hasty evacuation was conducted by his administration, Biden remained defiant in his view that there was no better way to complete the evacuation efforts: “The bottom line is there is no evacuation from the end of a war that you can run without the kind of complexities, challenges, threats we face. None.”

Despite the optics of the chaotic withdrawal from Afghanistan, no doubt Biden was relieved to be able to turn his attention to the Asia-Pacific. Within a few weeks, the American administration announced the formation of a new security partnership between the United States, Australia, and the United Kingdom.

“Today we’re taking another historic step to deepen and formalize cooperation among all three of our nations because we all recognize the imperative of ensuring peace and stability in the Indo-Pacific over the long term,” Biden said. “This initiative is about making sure that each of us has the most modern capabilities we need to maneuver and defend against rapidly evolving threats.”

Although the announcement did not mention China by name, it is obvious what this new alliance was all about as Beijing’s swift response indicated. One Chinese foreign ministry spokesperson said the three countries “should abandon the obsolete cold war zero-sum mentality and narrow-minded geopolitical concepts and respect regional people’s aspiration and do more that is conducive to regional peace and stability and development – otherwise, they will only end up hurting their own interests.”

Which side is Israel on?

The US pivot to the Asia-Pacific and the consolidation of a more overt Sino-American rivalry will trigger global ripple effects, and Israel will certainly be affected in several ways. First, investing the bulk of US diplomatic and military resources in East Asia will result in less appetite and motivation to restart the Israeli-Palestinian peace process. Unless forced by dramatic events, such as the recent military clash between Israeli military forces and Hamas in the Gaza Strip, the Biden administration will largely focus on maintaining the status quo at the expense of pushing the two parties to resume direct negotiations. Considering the fragility of the Israeli coalition government and the precarious position of the Palestinian Authority president, Mahmoud Abbas (Abu-Mazen), it seems the parties themselves have little interest in relaunching direct negotiations.

Second, the intensification of Sino-American discord willinevitably force the Israeli government to choose whether it sides with the Americans or with the Chinese. Replicating the Cold War’s bipolar dynamics, Washington will be increasingly unwilling to overlook Chinese investments in Israeli infrastructure and technology. It was reported in August 2021 that CIA Director Bill Burns expressed the administration’s concerns over Chinese influence, and in a Senate hearing one State Department official asserted “We know our partners and allies in the Middle East have trade relations with China and that’s OK, … but we made it clear that there is a certain kind of cooperation with China we cannot live with.”

Lastly, and possibly most critical from the Israeli perspective,the pivot to the Asia-Pacific will define US policy towards Iran. While remaining deeply committed to preventing Iran from acquiring nuclear weapons, the Biden administration will bemore motivated to rejoin the Iran nuclear deal. As President Biden declared during the UN General Assembly last week, “We’re prepared to return to full compliance if Iran does the same.”

This suggests Biden is rejecting the calls to apply additional pressure on Tehran and is more interested in diplomatic engagement. Shortly after, an Iranian foreign ministry official suggested talks on restoring the nuclear deal will resume in the coming weeks. Although coordination between the American and Israeli leaderships is more likely in the post-Netanyahu era, Biden’s eagerness to revive the Iran nuclear deal may result in forfeiting demands from Tehran to curb its regional destabilizing policies and to halt its ballistic missile program.

The American pivot to Asia designed to geostrategically address the rise of China presents significant challenges to the Israeli government and its relations with the Biden Administration. Candid communication that results in closer coordination between Washington and Jerusalem will be critical in the coming months and both sides must make every effort to overcome any disagreements while recognizing each side’s particular or possibly diverging interests.

About the Author
Dr. Ilai Z. Saltzman is a Visiting Professor of Israel Studies at the University of Maryland, College Park, and a board member at Mitvim – the Israel Institute of Foreign Regional Policy.
Related Topics
Related Posts
Comments