Our community in Sacramento, California joined together on the eve of Yom HaZikaron for a commemoration that was personal, contemplative and emotional.  Our synagogue President, Steve Turtletaub, began our ceremony by asking everyone to join in a moment of silence as a video of the sound of a siren played with Israelis traditionally stopping everything, including driving on highways and standing in silence.

Using the Zoom platform, members of our congregation and community heard from Sacramento resident Moti Darf, a former tank commander in the IDF, who spoke so movingly about two of his friends growing up in a small town just south of Rehovot called Kiryat Ekron.  Founded in 1948, immigrants from Yemen and Bulgaria became the first residents of the community.  Moti’s childhood friends, Binyamin Oved (z”l) and Yosef Aharoni (z”l), both died while serving in the IDF.  Binyamin was 20 years old and Yossi was 22.  The community where Moti and his friends grew up honors the memory of those who died defending Israel with a special annual Yom HaZikaron Ceremony in their community (like other communities in Israel).  They also have a special Facebook page to remember those residents of the Yishuv who died defending Israel. 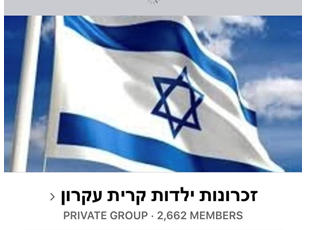 We heard from another member of our synagogue, Past President Jonathan Lightman, whose mother Beatrice (z”l) fought in the 1948 War of Independence, was wounded and whose uncle, Shalom Ortasse (z”l) (Beatrice’s younger brother) served in the IDF and died serving his country at the age of 18.  Jonathan shared their stories and told us that in his research, he came across his uncle’s testament page on the IDF website. 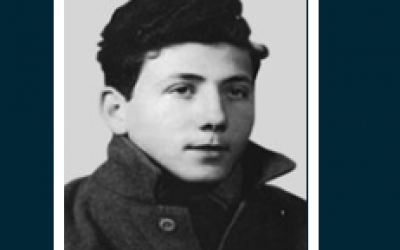 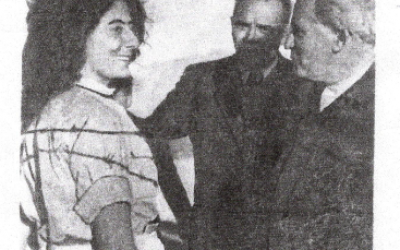 We then viewed an emotional video about IDF solider Michael Levin (z”l), a native of Philadelphia, who after spending a year on NATIV, decided to make Aliyah and join the IDF. Rabbi Avi Taff  (who also served in an IDF Paratrooper unit) shared personal reflections of Michael which touched upon Michael’s love for Israel.  The video of Michael (produced by the Jewish Federation of Greater Philadelphia) and Avi’s stories about Michael, were both emotional and reflective of the courage, determination and sacrifice of many of Israel’s Lone Soldiers. The organization which supports Lone Soldiers was officially named in memory of Michael Levin. https://lonesoldiercenter.com/.

Our commemoration continued with Dr. Irit Simchi Winston,  a veteran of the IDF and Director of Education at our synagogue reciting the Yizkor Prayer followed by our Hazzan, Ben Rosner chanting the Kel Malay Rachamim prayer. After reciting Kaddish, we ended appropriately with the singing of Hatikvah. While Yom HaZikaron is a day which should ideally be commemorated and experienced in Israel, we, as Jews in the Diaspora, should continue to hold such ceremonies which link us with our fellow Jews in Israel. I am proud that our congregation and community provided an opportunity to remember the 23,816 Israeli Soldiers and 3,153 Victims of Terrorism who gave the ultimate sacrifice. May their memories endure as a blessing.