Last Friday, in the space of just 24 hours, we were sharply reminded of how important Holocaust survivors are to us as we reflected on the lives of two icons, Gena Turgel and Ben Helfgott.

Survivors are at the heart of all we do. We are constantly amazed by how dedicated and indefatigable they are. But the sad truth is they are growing older, frailer, and fewer, and we have a responsibility to celebrate them and ensure their experiences are known and never forgotten.

Gena was a dear friend. She survived the Krakow ghetto, Plaszow concentration camp, Auschwitz-Birkenau, Buchenwald and Bergen-Belsen, and went on to marry one of her liberators, Norman Turgel.
Gena came from a family of nine siblings – only Gena and her mother survived.

Despite all she endured, Gena’s kindness, warmth and humour always shone through. Whenever I saw her she would take my hand in her perfectly manicured hand and say, ‘how are you darling’ in the thick Polish accent that she never lost, and we would smile at each other. After each of the Trust’s events, she would call me and say ‘Darling, you were wonderful’.

As we grieved for Gena’s passing, the Queen’s Birthday Honours List was announced. And among the hundreds of impressive names was one special name: Sir Ben Helfgott. Ben was nine when the Nazis invaded Poland – he survived Pietrkow Ghetto, Buchenwald and Theresinstadt. He arrived in the UK as one of The Boys and soon after, was reunited with his sister Mala, his one surviving relative.

When liberated, Ben realised the importance of telling the world what happened – leading the way in Holocaust education and remembrance, leading campaigns and initiatives, ensuring that there was a Holocaust memorial in the UK and an annual day in the country’s calendar to remember. He supported organisations here and abroad who worked to preserve the memory of the victims and survivors, and was a founding Trustee of the Holocaust Educational Trust.

After the war, Ben became a champion weightlifter. He was a young, skinny boy, recently liberated from the camps, when he first tried weightlifting, but he had a single mindedness and dogged determination – exceeding anyone’s expectations. Now in his late 80s, he has not changed– he never slows down or shies away from fighting for what he believes is right. 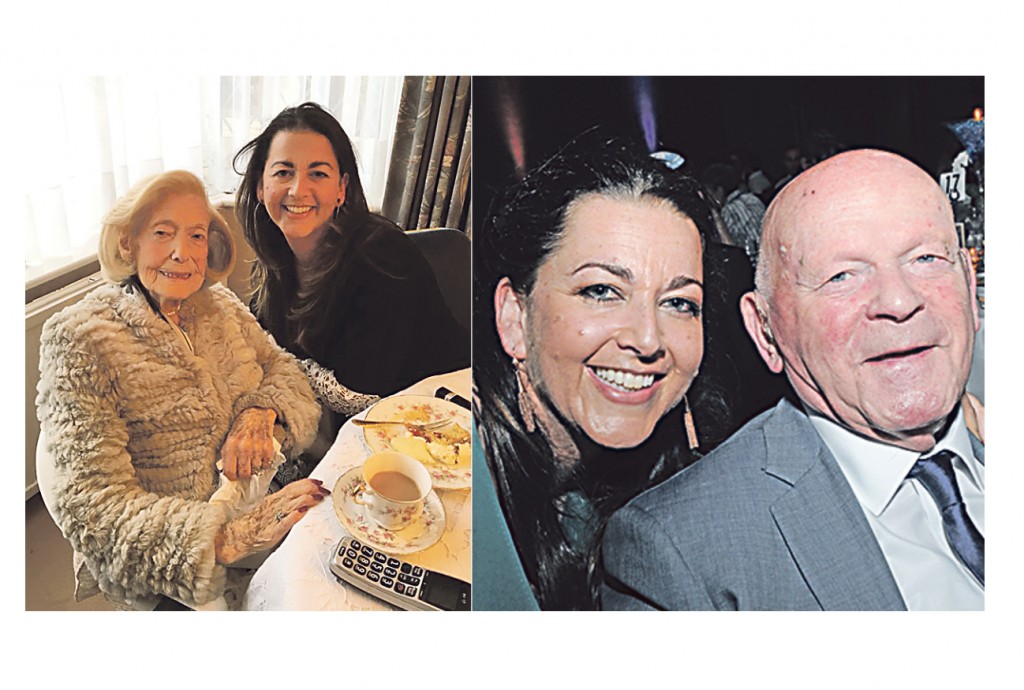 Karen with Sir Ben and the late Gena Turgel. “She was like family to me,” she writes

Gena was one of the strongest and bravest people. She felt a duty to share her story, to bear witness. At the news of Ben’s incredible honour, the same words came to mind. Both are determined, dedicated, extraordinary people. The fact is, all of the survivors we have the privilege of working with are heroes. In their twilight years they relive painful memories so the next generation will always know what happened.

Within 24 hours we experienced a rollercoaster of emotions, overwhelmed with immense loss at the passing of a national treasure and immense joy at the recognition of another. The survivors are the very fabric of our community. We must celebrate them.

We will work even harder to ensure that their stories will be remembered, beyond their lifetime and ours.