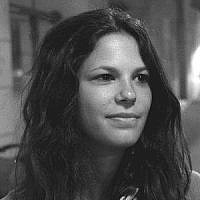 The Blogs
Aviva Slomich
Apply for a Blog
Advertisement
Please note that the posts on The Blogs are contributed by third parties. The opinions, facts and any media content in them are presented solely by the authors, and neither The Times of Israel nor its partners assume any responsibility for them. Please contact us in case of abuse. In case of abuse,
Report this post.

How do you explain to American college students that some of Israel’s neighbors pass out candy on the streets in celebration of murder of innocent people?

This is unheard of in America. Yes, there are killings and shootings, riots and unrest. People may feel afraid to go out in certain neighborhoods, even afraid to leave their homes under certain circumstances.

But you don’t see people running to the streets, joyfully celebrating murder.

Palestinians passed out candy on the streets after 9/11 in celebration of the murder of 2,996 Americans by Islamist terrorists.

On November 18th, almost 5 years later, Palestinians in Gaza were out in the streets celebrating the horrific slaughter of four Jews while praying at Synagogue in Har Nof, a neighborhood of Jerusalem.

How do you explain to idealistic college students with a hint of arrogance bundled with optimism that these same Palestinians are supposed to be Israel’s partners in peace?

Yes, there is Mahmoud Abbas, who is now entering his 10th year of a 4-year term in office presiding as the president of the Palestinian Authority. Yet, wasn’t it Abbas’s Palestinian Authority that incited violence against Israelis because some Jews want to pray at Judaism’s holiest site, the Temple Mount? Wasn’t it the state-controlled Palestinian media which published cartoons supporting the car attacks against Israelis that killed a 3-month old baby, a 22-year-old woman from Ecuador and a 38-year-old Druze IDF soldier? Wasn’t it Abbas’s implicit call for violence that was instrumental in the murders of a 20-year-old IDF soldier and a 26-year old woman by knife-wielding terrorists?

Now, how do we explain to the American college students that not only is Hamas inciting Palestinians to kill Jews, but so is our moderate peace partner in Ramallah?

It doesn’t make sense. How can there be no peaceful leader to represent the Palestinians?

Israelis should not be attacked or condemned when wanting to exercise their right to pray.

Over these last few weeks, Israelis and the world can see clearly that the bus, restaurant, and disco club attacks leading up to and during the second Intifada are not a thing of the past.

In order for American college students to understand the violence in Israel, it’s important to understand it in terms of universal human rights – the right not to be terrorized because of your nationality, ethnicity or religion.

If student, Zionist activists want to help their university peers understand Israel, understand the realities Israelis face, then they must be willing to confront fellow members of their campus community with some hard truths about the problem of extremism in the Middle East, and the drumbeat of incitement which represents the ‘root cause’ of this intractable conflict.