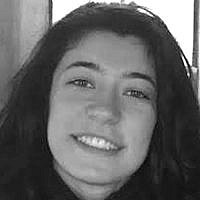 The Blogs
Tahlee Yichye
Apply for a Blog
Please note that the posts on The Blogs are contributed by third parties. The opinions, facts and any media content in them are presented solely by the authors, and neither The Times of Israel nor its partners assume any responsibility for them. Please contact us in case of abuse. In case of abuse,
Report this post. 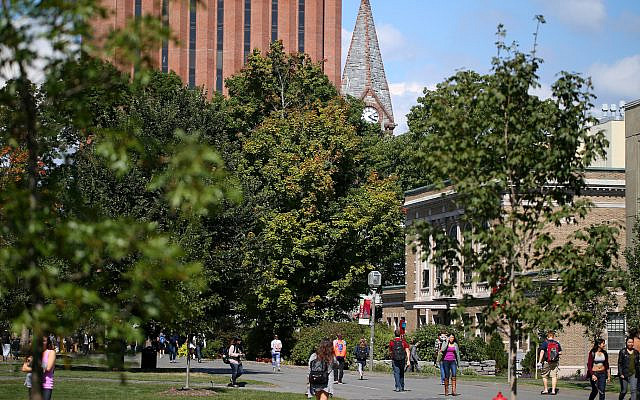 Four years ago, I came to this campus excited to learn, eager to make new friends and ready to open my mind to different perspectives. I am an Arab-Israeli Jew,* and I have a unique understanding of both sides of the Israeli-Palestinian conflict. But I was disheartened to learn that my opinions were not welcome at UMass. I was excluded from many spaces and discussions because of my identity.

My heritage gives me a compassionate and balanced understanding about both sides of the complex Israeli-Palestinian conflict, which is why I’m disturbed by the one-sided view that dominates campus. I sat in a UMass class where we used a map of the Middle East that completely erased Israel. Every other country was labeled, and even non-state entities including Gaza and the West Bank were defined with clear borders. Only my country, my culture and my identity were wiped clean.

I attended a UMass lecture where I heard from the professor that American Jews didn’t assimilate enough. This professor blamed anti-Semitism on Jews: his racist and discriminatory theory was that Jews are targets of hate crimes because we don’t try hard enough to become part of American culture. To sit in a room of two hundred silent students while our teacher defended attacks against Jews was shocking and painful.

These incidents left me feeling silenced. I couldn’t build up my courage in time to speak up. I was afraid of risking my grade. I was overwhelmed by the sheer number of students who seemed to accept the hateful narratives being presented.

The times I did say something, simply stating facts that should have been taught, still bothers me. University classrooms should be places of learning, of open exchange of ideas. No student should have to come to class in fear, forced to defend their identity and counter false narratives and incorrect facts.

But that is what happened to me here at UMass. The campus I call home became suffocating when my people’s very right to exist was questioned and even threatened. Every time a professor slips in an anti-Semitic remark in class or a swastika is graffitied on campus, I feel more and more unwelcome.

And it’s not only professors and vandals. Some student activists question my beliefs and discount me because of my identity. Allyship and understanding among minority groups on campus has become polarizing. These students say that in order to be a climate change activist, to be a feminist, to support Black Lives Matter, to be against Islamophobia and homophobia, I cannot support Israel. But I am all of those things. I am a fierce defender of the environment. I am a strong feminist. I am a fighter for Black Lives Matter. I am a champion of inclusion. And I am a proud Jew and Zionist.

When it was announced that an anti-Israel Boycott, Divestment and Sanctions (BDS) event would take place on campus this month, my heart sank. The BDS movement does not advance human rights for Palestinians or create solutions to improve the lives of Palestinian women or the LGBTQ community. BDS is simply a ruse to attack Israel and people like me.

How can my fellow students, professors, and community members consider only one perspective about the Israeli-Palestinian conflict? How can they accept a narrative that encourages animosity towards Israel and incites hate towards Jews? How can they sit in an auditorium and clap and cheer while my identity is attacked by panelists with a narrow perspective about a complex political problem?

The upcoming event “The Attack on BDS and American Democracy” will continue to deepen the divide and spread hate on campus. But I believe there is more to UMass than this. It’s time for our community to step up and speak out against hate. Chancellor Subbaswamy recognized the event as “a one-dimensional, polarizing event… fails to acknowledge the humanity on the Israeli side of the conflict and is considered by many as anti-Semitic.”

Let’s join Chancellor Subbaswamy in denouncing hatred, bias and polarization on campus. As an Arab-Israeli Jewish woman of the UMass community, I invite you to join me in changing the status quo and creating an open space for true dialogue that promotes inclusion, respect, and dignity for all at UMass.

*Note: I am reclaiming the term Arab- Israeli. My family is originally from Iraq, so my roots have always been the Middle East. I am Jewish by religion, Arab- Israeli by ethnicity/nationality, and a blend of all describes the culture I grew up in.

About the Author
Tahlee is a senior at the University of Massachusetts- Amherst. She is studying Communication Disorders and Sociology. She grew up in Southern New Jersey and currently resides in Florida.
Related Topics
Related Posts
Comments