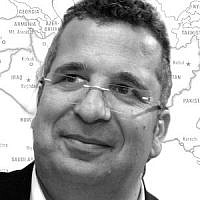 As AIPAC sends lobbyists to Congress in support of President Obama’s beleaguered attempts to muster support for an attack on Syria, one question remains unanswered; who exactly does AIPAC represent?

Why is AIPAC lobbying on behalf of President Obama? Who said it should support a policy very few Americans agree with? Moreover, why are they supporting a military strike that could lead to an attack on Israel by Syria, Iran or Hezbollah?

Israel is keeping quiet, quite wisely not taking sides. Yet AIPAC has placed itself fully on the side of a short sighted, if not dangerous policy. AIPAC has become for Obama, what Hezbollah is for Syria. A blind supporter of a war that may ignite the region. Maybe AIPAC should rebrand to OPAC; Obama’s Public Affairs Committee. Clearly on the issue of Syria, they don’t represent the interests of Israel.

Don’t misunderstand me, AIPAC has had an important role in supporting the people of Israel. Yet by supporting Obama’s Syrian policy, many will blame Israel for leading the USA into another war and not a lobbyist group that has overstepped the mark. 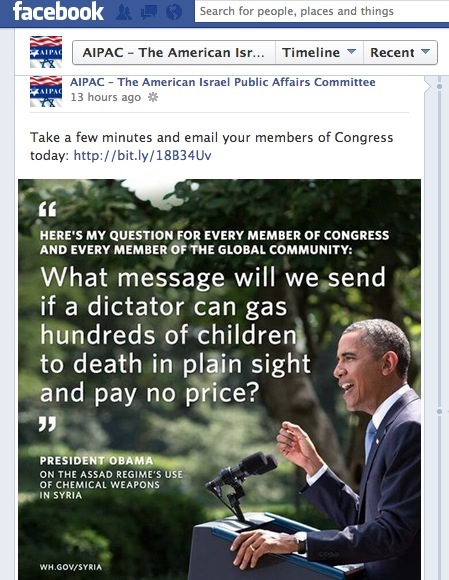 Maybe the lobbyists at AIPAC should wait six hours for a gas mask, only to be turned back and told to return tomorrow, before they preach blindly for a US strike on Syria? Often keeping silent is the wisest decision. It has taken our leaders in Israel sixty five years to realize it.

I am a friend of AIPAC and it’s endless record in supporting Israel. Yet this time they are mistaken, and dangerously so. Let me save your readers time, because many of the comments that will follow this article are predictable. I don’t want to hear that as Jews we should not be silent in the light of genocide. Mr. Kerry you are mistaken, this is not Munich and Assad is not Hitler. Hitler is dead and stop resurrecting him for cheap political defense.

The issue is not whether Obama is right or wrong, the question is whether AIPAC should support a policy of Obama that is not necessarily in the interest of Israel or is supported by it.