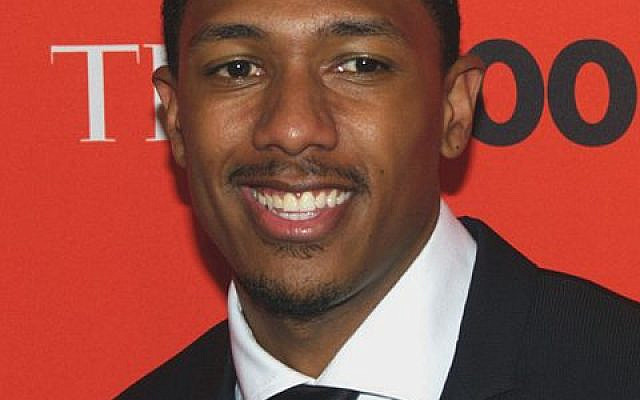 Author’s Note: An earlier version of this letter was posted on Facebook by the author on July 13, 2020, before Cannon’s firing from ViacomCBS, his meeting with Rabbi Abraham Cooper of the Simon Wiesenthal Center, and his apologies for his antisemitic comments via social media.

My name is Brian Burke and I live in Pittsburgh, Pennsylvania. I have enjoyed watching you on America’s Got Talent and The Masked Singer for many years. You are a great host: funny, engaging, energetic, and lively. I am also a Jew. All of this made it even more painful to read about a recent episode of your show “Cannon’s Class” with Richard Griffin in the online publication Jewish Insider.

I grew up, and still live, just a few blocks away from the Tree of Life synagogue. On October 27, 2018, an antisemitic terrorist murdered eleven people from the three congregations worshiping at the synagogue because they were Jews. I knew one of the victims. Even though I was not in the synagogue at the time, that day is etched in my memory and is a trauma that will be with me for the rest of my life. Though I am by no means a scholar, your interview with Mr. Griffin contained a number of antisemitic tropes, outright falsehoods, and downright hatred that I feel I must respond to. While Mr. Griffin’s comments are deplorable, I would like to focus on things that you said.

You said that “The semitic people are black people” in response to Griffin’s comments about the Semitic peoples and languages having “absolutely nothing to do with any white people.” Semitic is no longer used as a term to describe peoples. The Semitic languages are a branch of languages originating from the Middle East and includes Hebrew and Arabic.

The Jewish people are an ethno-religious group that originated in the ancient Near East thousands of years ago. The vast majority of Jews in the United States are Ashkenazi, meaning they are, or are descended from, Jews who moved to this country from Central and Eastern Europe. My Jewish great-grandparents came to the United States from Romania and Czarist Russia in the early twentieth century. Most American Jews look “white.” Unless we are wearing a yarmulke or at a Jewish event, it can be easy to say we are white just like any other white person in America. Many Jews benefit from white privilege, including myself. However, the story is much more complicated. Jews have historically not been considered “white” by white Christian majorities in Europe and later the Americas. The antisemitic terrorist who massacred Jews at Tree of Life did not think they were “white.” For the antisemitic far-right, we are not white. For the antisemitic far-left, we are white oppressors. Both views are wrong and dangerous.

Not all Jews look “white.” Different exiles, expulsions, and migrations from our homeland in the land of Israel beginning thousands of years ago (and subsequent migrations over time) led to the establishment of Jewish communities across the Middle East, Africa, Asia, and Europe. The overwhelming majority of Jews have lived in these diaspora communities throughout history. These communities have been linked by shared customs, traditions, languages, and historical and genetic origins. However, we do not all look the same. While my Jewish ancestors’ diaspora origins were in Eastern Europe, I have friends and acquaintances whose families came from Syria, Iran, Iraq, Morocco, Yemen, Ethiopia, Central Asia, and countless other places. There are black Jews, including, but by no means limited to, the ancient community of Ethiopia that traces its origins to the times of the Bible. In addition, people of all races and creeds have converted to Judaism and joined the Jewish people. We are a mosaic of different colors, but we are one people.

The Semitic people do not exist. You said “you can’t be antisemitic when we are the semitic people. When we are the same people who they want to be. That’s our birthright” and “we are the true Hebrews.” Those statements are historically incorrect and tinged with antisemitism. The term antisemitism dates to 1879 and comes from Wilhelm Marr, an antisemtic German journalist, but anti-Jewish hatred has been around for as long as we have been as a people. Over time, it has included forms of hating Judaism as a religion, hating the Jews as an inferior “race” or people, and calling for the destruction of the modern State of Israel. As I noted before, there are black Jews and there have been for thousands of years. However, black people at large are not “the true Hebrews.” Antisemitic groups like the Black Hebrew Israelites, a member of whom attacked a kosher grocery store in Jersey City in December 2019 and a hate group according to the Southern Poverty Law Center, are the only ones who believe this historically incorrect and hateful theology.

You also referenced things “going as deep as the Rothschilds, centralized banking, the 13 families, the bloodlines that control everything even outside of America” and went on to talk about “giving too much power to the ‘they’ — and then the ‘they’ turns into the Illuminati, the Zionists, the Rothschilds.” These statements are full of antisemitic tropes that have been around for centuries. These myths have led to anti-Jewish propaganda and violence. Nazi propaganda was not created out of thin air, but is rooted in a long history of Jew-hatred. I feel sick having to write this, but here it is, plain and simple: Jews do not control global finance and financial institutions, there is no secret cabal for world Jewish domination, and Zionists are simply those who believe that the Jewish people have a right to self-determination in our ancestral homeland, not a mythical evil all-powerful group.

Finally, your embrace of Louis Farrakhan is disgusting. You said that “every time I’ve heard him speak, it’s positive, it’s powerful, it’s uplifting… for whatever reason, he’s been demonized.” Louis Farrakhan is an antisemite through and through. He hates Jews and has spread vitriol against my people for decades, calling us “satan” and other horrible things. His hatred is no different than that of neo-Nazis and white supremacists. Farrakhan is not a civil rights hero and should be shunned by anyone who truly cares about creating a more perfect union and better world.

Mr. Cannon, I have watched shows you have hosted for many years. I have always enjoyed you as a host. In good conscience, though, I am not going to be able to watch anything you do again. I am deeply hurt. I hope you take the time to learn more about these issues and gain an understanding of why your comments were so hateful and disgusting. 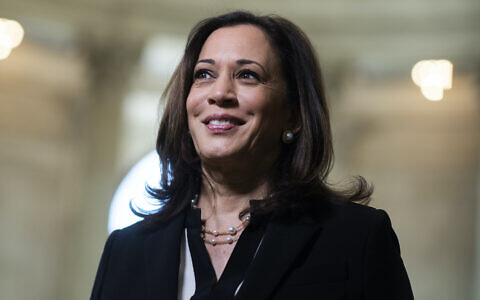 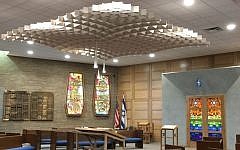 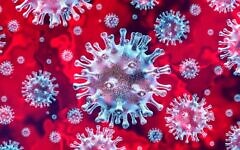 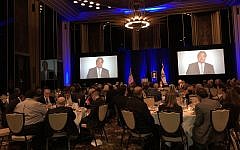 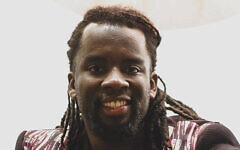 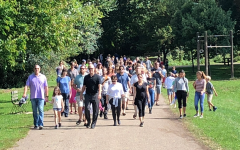 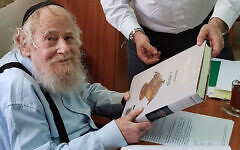 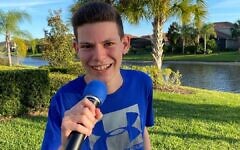 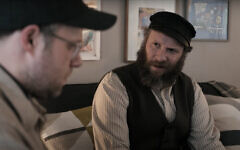 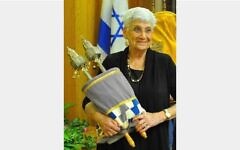 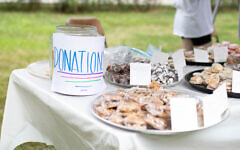 Sisters sweeten the season by baking for a cause
Adam Reinherz 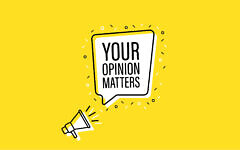 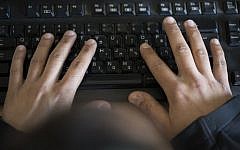