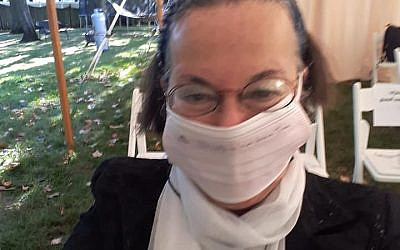 Who would have imagined that there was a time that I prayed for children in earnest? Who would have thought that fertility could ever be an issue in our family? Would you have wondered, knowing my children that they were brought here to this world,  with great prayers, doubts, questions, challenging Gd, joy, celebration, and pains?

In this week’s Torah portion, Vayeyra, those fears and feelings are addressed. It is as if, Gd was retelling my story, not just once but many times over, again and again.

It had been many years of trying to get pregnant along with the infertility treatments that I embarked upon. I had thought to begin to try to become pregnant by the age of thirty. I thought that that would be a good year. I wouldn’t be too old. I felt young enough to handle raising a child, or so I thought. I didn’t know that much about raising children. But I knew what I liked or didn’t like in terms of treatment that made sense to me. I wanted so much to be a Mommy!

But it wasn’t to be. Not any time soon. We tried for two years. Instead of giving up, I had heard of AI or artificial insemination where I could go to purchase sperm from a sperm bank. Plus, I began to undergo test after test. I also tried a few sperm banks. I wanted to find and purchase hardy sperm. At this point, I would not settle for any nos. If the problem was me or the problem was my husband or both of us, I was going to struggle to find out how to solve this. I entered therapy to try to help myself cope, since I was feeling more and more anxious and fairly desperate as the time wore on and the years ticked by. Little did I know that I could also turn to Gd in my hour of “greatest”  need.

Was it Gd’s plan? How would I ever know? I happened to be working at a Yeshiva in Brooklyn and I made friends with an Israeli teacher there. She had told me about a lawyer that helped her adopt her children. Could I alter my course? Could I consider adoption? Hadn’t Avraham adopted his domestic, Eliezer from Damascus, as one of his own? My husband and I decided to adopt. We changed course but only temporarily, or so we thought, we had planned.

We signed up. We waited. Six more months flew by. We received a call. A woman from Florida was looking for a couple to adopt her upcoming birth of a future son. Would we consider her? Would she consider us? We sent her a collage of family photos, full of children having fun, hoping beyond hope that she would pick us.

Sarah conceived and bore a son to Abraham in his old age, at the set time of which God had spoken.

We were picked. I was past the age of thirty seven.  Larry was forty one, almost forty two.  Were we too old for children? Was this our set time to become parents of a son?  Was this Gd’s plan as he would have spoken  it to us?  Then came the questions. What paperwork did we have to take care of with the lawyer? What should we prepare for? How would we know when to book our flights to Florida? Where did we go to meet our new baby? What supplies did we need to bring with us? Where did we need to stay? How long did we need to stay in Florida?

And then the call came. It was 1992. If anything could go “wrong”, it did, or so it seemed to me.Were these to become our “ten challenges” of parenthood similar to the ten challenges that Abraham faced?  The birth mother had asked not to meet me until that call and now she wanted me there two days after the birth. The Gyn chose to take Sam, via C section, a week earlier than planned, as well.  Would it be OK with the birth mother if we raised her son that would soon become our son, Jewish?  How could we find a flight to Florida within two days notice for both of us that we could afford? Then after finding a flight,  our flight couldn’t take off due to mechanical difficulty. Would another airlines be able to fly us there? Our new flight, the last flight out for the night,  made it just in time for us to arrive for our early morning meeting, so that hurdle was crossed.  But the issues began to become overwhelming to us. The hotel where we were staying did not have refrigerators or any way to hold or preserve the baby’s formula. The hospital didn’t approve of adoptions and wouldn’t help guide me or to help me to learn how to take care of the baby. The hospital didn’t even approve of the car seat that I had purchased at Babys Are Us! Here, we thought, what a colorful and welcoming car seat! The social worker misplaced the adoption papers that we needed to fill out while we were there.  Was it OK with the hospital to “bris” the baby when it wasn’t going to be Jewish? Could we have a redo bris in Brooklyn when we returned? We weren’t told how long that we needed to stay in Florida with the baby. We arrived for our flight heading home towards Brooklyn, with the baby before day six had ended according to the airlines. They checked his birth hour.  You can’t fly with a baby under seven days old, unless you receive permission from the doctor. Who knew? “Just by chance”, I happened to remember the name of the Jewish doctor who had birthed our son. His name had been posted on the wall of the birth mother’s room. I had to track him down and get his permission or I couldn’t get on the flight home. We did not have a cell phone in those days and Larry’s parents were waiting for us at the airport in Newark. The airlines refused to offer us their phone to call home.  I could go on and on with the questions and all the doubts that were raised. How many people stepped up to help us in our hour of need? So many guardian angels. I was overwhelmed with gratitude.   Was this meant to be or not? HP, is all I can think of, looking back.

Abraham gave his newborn son, whom Sarah had borne him, the name of Isaac.

And Larry gave his newborn son, whom he and I had adopted, the name of Samuel. 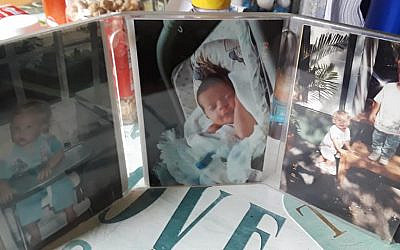 And when his son Isaac was eight days old, Abraham circumcised him, as God had commanded him.

and when our son Samuel was just under two months old,  we had baby Samuel circumcised by a Conservative Mohel who also served as a Cantor. He followed Gd’s commandments in circumcision as Gd had commanded him.

Now Abraham was a hundred years old when his son Isaac was born to him.

Now Larry was almost forty two years old when his son Samuel was born and adopted unto him.

Sarah said, “God has brought me laughter; everyone who hears will laugh with me.”

And Claire said,  “I feel like laughing. Gd has brought me laughter. Everyone who hears will laugh at me. I am so old, possibly too old, to become a first time mother.”

Hannah conceived, and at the turn of the year bore a son. She named him Samuel, meaning, “I asked the LORD for him. 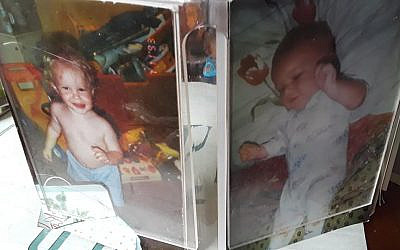 And she added, “Who would have said to Abraham That Sarah would suckle children! Yet I have borne a son in his old age.”

The child grew up and was weaned, and Abraham held a great feast on the day that Isaac was weaned. 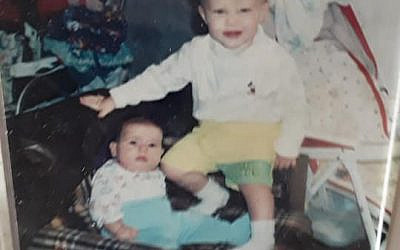 And the child grew up and was celebrated at his bris and again when our daughter Shira was born and celebrated, when Sam turned fifteen months old.  He was done with his bottle and weaned, Shira was just getting started on that day. 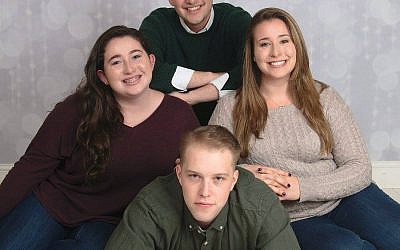 before Ivan joined/becomes engaged into our family. Family portrait purchased for our anniversary three years ago. 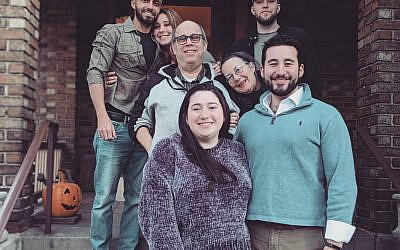 One never knows how one’s life will flow. nor in which direction. But there is always hope and prayer and turning in prayer towards the One above.

Vayeyra- and he saw/ perceived, his eyes were opened.

Finding one’s path to becoming hospitable and well wishing parents. Taking a path, less traveled. All it takes is the first step…four Birthright travelers to boot!

With much gratitude for my family and upcoming anniversary.