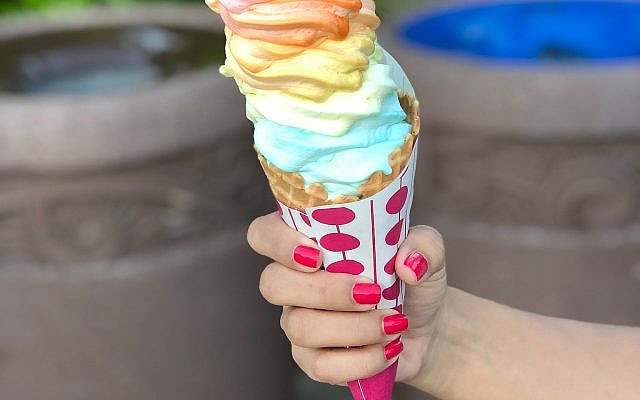 Opening my daily newspaper to see if Blonde of the Week had got any further in her preparations for a morning shower, I was distracted by a large headline ……

Well, that explains the Telegraph’s next headline …..

I read that again, more carefully. Yes, it did say villa and not villas. Some 14 billion British pounds seems rather a lot for just one villa, however luxurious. Perhaps the ice cream took more than its fair share. It might be a Golden Opulence Sundae, from New York’s famed Serendipity 3, which goes for $1,000. But, with World War Three approaching, I might not have time for this treat. It must be ordered at least 48 hours in advance.

If WWIII will hold off a bit I might have time to get the three scoops of Tahitian vanilla ice cream covered in 23-karat gold leaf, with almonds, caviar and a sugar-forged orchid. To complete the experience, it is served in a $350 Baccarat crystal goblet with an 18-karat gold spoon. It is not clear if you get to keep the spoon.

In the United Kingdom, the illustrious Members of Parliament seem to know what is coming and are determined to enjoy themselves while they can. Perhaps those with long memories are thinking of Tom Lehrer’s song, We Will All Go Together When We Go.

I can certainly understand a luxury villa for parties, it makes a change from rather boring political parties, but why would the world’s wealthiest want vegan ice cream? Why not go out with a bit of taste? In fact, why not go out with some crumpet. Just make sure it’s the British savoury cake, made from batter and yeast, served toasted with butter, and not a desirable woman as cockney rhyming slang would have us believe.

Up till now, we have relied on MAD to keep us safe. Mutual Assured Destruction is supposed to ensure that no country would embark on a nuclear war knowing that they themselves would also be destroyed. But today the world is in the hands of crazy people. How long will it be before World War Three is upon us?