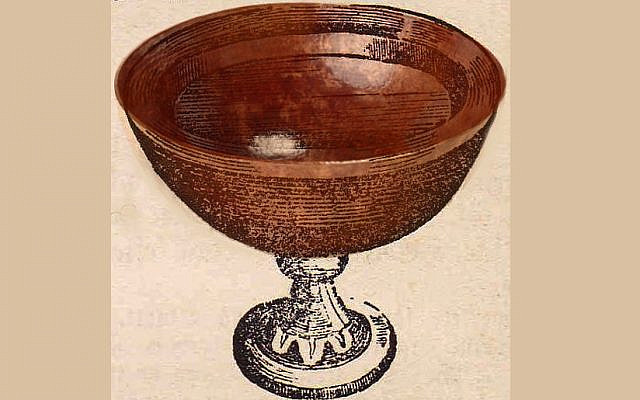 I. On Purim, we enjoyed an awesome concert and shpiel in Northampton MA, led by a new klezmer band called Burikes. As they played, I tried to dance with as much abandon as I could muster while being conscious of the virus, knowing that this might be the last time we danced in joyful thronging circles for a long time.

Before you move to a new place, say a new city, there’s a way you may have of looking at where you’ve been living, a combination of preemptive nostalgia and love and sadness and gratitude. That’s a little bit how I was feeling when I watched people dance.

II. I wonder if the Israelites felt nostalgia for the place where they last camped as they moved from place to place in the wilderness. Whatever they did feel, the transition was made easier because the most significant thing they could imagine was not the place they had camped in, but the mishkan or tabernacle, the movable Temple, which was broken down, carried and set up wherever they camped next. We think of the mishkan as temporary, but it was actually the only permanent feature of their world during forty years of wandering.

The inner tent enclosure, the mishkan, literally the dwelling place, gets set up by Moses for the first time in this week’s Torah portion. Inside he set the incense altar of gold, the golden table, the menorah, and further within, the ark with the two pairs of stone tablets, broken and whole. Opposite the mishkan, he put the copper altar for animal sacrifices in place. Then he stood up the copper washbasin between the two:

And [Moshe] set the basin (kiyor) between the meeting tent (ohel mo’ed) and the altar of sacrifice‪, and he put water there for washing‪. And from it, Moshe and Ahron and his sons washed their hands and their feet‪. (Exodus 40:30-31)

Only priests could go into the meeting tent of the mishkan, but the courtyard where the altar and the washbasin stood was open to the community. The washbasin was therefore standing between the holy inner divine sanctum and the place of the community, the courtyard, where any Israelite could bring their sacrifice.

The priests didn’t just wash when they into the went into the meeting tent that wrapped around the mishkan. They also washed when they left to go back into the communal space:

In their coming to the meeting tent and their drawing near to the [sacrificial] altar they would wash‪, as YHVH commanded Moshe‪. (Exodus 40:32)

III. The washbasin and the base it stood on were made of copper, or possibly bronze – both are called n’choshet in the Torah. It turns out that copper is a powerful anti-viral and anti-bacterial: viruses and bacteria that land on a copper surface break down and die. Bronze has enough copper in it to do the same thing.

I don’t think it’s an accident that the metal of the washbasin was copper. The copper kept the water not just holy but clean and pure. Now we are striving for a different kind of purity and cleanliness. Maybe it’s not so different though, because whether we are going out into the world to take a walk or fetch groceries, or we are returning to enter our homes, we are negotiating places that we hope will stay clean, places that perhaps can become holy.

Copper is also reflective, and that was what mirrors were made from centuries before silvered glass was a thing. It was the copper mirrors of the woman who “served at the opening to the meeting tent” that were used to make the kiyor or washbasin. (Exodus 38:8) The mirrors or mar’ot, which also means visioning, imparted a special holiness to the washbasin, the midrash teaches.

Perhaps they were also important because the priests would see themselves reflected in that moment of washing. And perhaps it was important for the priests to remember and envision the women left out of the priesthood who instead served at the entrance of the courtyard, and whose descendants will become priestesses in a future mishkan.

The moment of washing can similarly become a moment to see ourselves, to see what our hands our doing in the world and to the world. May it also give us a moment to see further ahead, to envision the world we want to create after this pandemic has subsided.

IV. Since each of us inherits a world that is more degraded, less clean and less sanctified, than the generation before us, this is not easy. We each have forgotten—because we have never fully experienced—how truly good this world can be. Now, with global climate disruption, things are happening fast enough for any fair-minded person to recognize how much is changing. We will certainly remember what the world used to be like, and so will the generations to come, as long as things keep changing for the worse so much and so quickly.

As we give the Earth a kind of extended half-Shabbat from our pollution and manipulation, perhaps we will be privileged to experience a renewal of the land and life around us, to witness the natural world fixing itself. That will sharpen our vision of the future. I don’t think anyone who experiences such renewal will feel nostalgic for the world we are leaving behind.

V. Just to be clear: coronavirus is not caused by climate change, nor is it made worse by climate change – if anything, there’s a small chance that coronavirus transmission would decrease in warmer weather the way flu viruses do (though that seems less and less likely as spring begins in full).

But there is a human-made cause, an anthropogenic cause, of this virus. If the scientists are right, the proximate human cause of coronavirus is the “wet” live animal market in Wuhan China.

That market exists because humans are willing to eat and exterminate pretty much any species, including endangered and defenseless species like the pangolin, for their own pleasure. That increases the chance that zoonotic diseases will jump from other animals to human beings.

Whether coronavirus came from a slaughtered pangolin is not known for certain. But eating all kinds of wild animals is a powerful cultural phenomenon in China, more so than most other regions except some parts of Africa, where “bush meat” is consumed. In China exotic animals are a taste of luxury, while bush meat in Africa fulfills more of a need. On both continents, people killing and eating wild animals have probably been the conduit of new diseases or outbreaks of disease (e.g. Ebola, SARS, and this virus).

Even though the coronavirus pandemic is not caused by climate disruption, both are the result of the same attitude that humans carry within themselves and in their cultures, the attitude that they can use up and abuse the world around them. That attitude expresses itself in the wild animal markets, as well as in all the things people do to disrupt the climate, all of which are rooted in the same greed, in selfishness, lack of forethought, desire for domination, and hatred of otherness. So the causes are intertwined, even though the origin and trajectory of harm are not the same.

VI. On the other side of the balance sheet, the shutdown caused by coronavirus is very related to the climate crisis, because as we hunker down we are doing less to force the climate to change. It proves that society can turn on a dime and remake itself when we need to.

As my friend Rabbi Pesach Stadlin says, we’ve all been grounded! In New Age circles, teachers are always asking their students to “get grounded” – now, Pesach cheers, we really have the chance to do that. (Listen to Pesach here starting at 2:37.)

If we took climate change as seriously as coronavirus—and global climate disruption is far, far deadlier by many orders of magnitude and scope—so much would have changed already. But at least we know that it’s possible. The next big problem after the pandemic subsides will be to resist the desire to make everything go back exactly to the way it was, instead of creating a new, more sustainable normal.

VII. In the meantime, we are about to enter the season of our liberation, when in a normal year observant Jews feel separated from everyone else, because we don’t eat out or share bread or any kind of food with friends who don’t observe Passover. But even though Passover creates separation, it also creates intensive togetherness, along with a tremendous urge to invite new people to our tables. This year, coronavirus will make Passover into exactly the opposite experience. But in a way, it will be closer to the original Passover, when each household had to eat its own lamb by itself or in combination with another household, in a single house, and where no one could leave the whole night, lest the angel of death touch and smite their lives.

This Passover will also be a bit like the Passover some people in the ultra-Orthodox community observe. There is widespread custom on Passover that people eat only with their own families. If you meet someone over Passover and want to invite them to a meal, you first ask, “Do you mish?” which literally means, “Do you mix?” i.e., do you eat at other people’s homes? Many people don’t. This Pesach, as well as the month leading up to it, and perhaps several months beyond it, we won’t mish.

People are already thinking ahead to Pesach Sheni, the second chance at Passover that happens one lunar month later, as a time to fix what feels broken now, but who knows if we will be able to “mish” by then. I pray instead that each of us be blessed with a family with whom they can mish, now and on Passover, whether biological or adopted, whether that’s a few friends or maybe two or three households.

VIII. As we practice social distancing, we create what feel like barrier walls around our families. The last thing to go up when Moshe was erecting the mishkan was a big wall made of curtains that enclosed the space around the mishkan and altar and the copper basin, full with water for washing.

That was when the tent became filled with God’s glory:

May the barriers we erect feel like curtains, and not like walls. May our washing be like the washing of the priests in the basin of mirrors. May we feel the presence of God within, and know that other families are having their own experience of God within, so that we may soon mish together to dance as one family, in this great mishkan that is the Earth.

About the Author
Rabbi David Seidenberg is the creator of neohasid.org, author of Kabbalah and Ecology (Cambridge U. Press, 2015), and a scholar of Jewish thought. He teaches around the world and also leads astronomy programs. As a liturgist, David is well-known for pieces like the prayer for voting and the translation of Laments. David also teaches nigunim and is an avid dancer. A weekly zoom class on his book starts Tuesday 3/24/20 and will run for 8 sessions. David was ordained by both JTS and Reb Zalman.
Related Topics
Related Posts
Comments