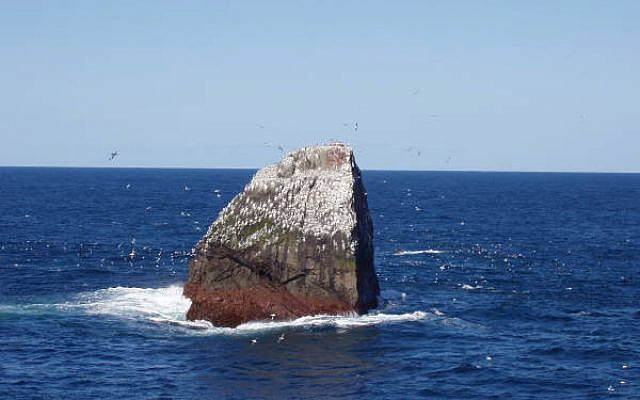 I am sitting in the annex of my house wondering if I should add an annex to my new blog.

First let us take a look at what annexation actually means.

Annexation, from the Latin ad, to, and nexus, joining, is the administrative action and concept in international law relating to the forcible acquisition of one state’s territory by another state and is generally held to be an illegal act.

Now we know what annexation means we look at some annexations carried out over the years.

Jordan (1950)
Jordan formally annexed the West Bank on 24 April 1950. All the residents were given Jordanian citizenship, whether they wanted it or not. King Hussein was not shy in making the status of East Jerusalem clear. On 27 July 1953, he informed the world that East Jerusalem was “the alternative capital of the Hashemite Kingdom” and that it would be an “integral and inseparable part” of Jordan.

The United Kingdom (1955)
On 18 September 1955, Rockall was officially annexed by the British Crown. For the very few readers not familiar with Rockall it is an uninhabitable granite islet in the exclusive economic zone (EEZ) of the United Kingdom, situated in the North Atlantic Ocean. It is 784 square meters, a little less than my back garden. A four-man team landed on the ‘island’ from a Royal Navy helicopter and cemented a brass plaque. They then hoisted the Union Flag to stake the UK’s claim. The reason for the annexation was, of course, money. The UK was trying to claim valuable fishing rights in the waters up to 12 nautical miles from the lump of rock. Since the UK annexed the rock, Iceland, Ireland and Denmark have also laid claim to it.

India (1961)
In 1961, India and Portugal engaged in a brief military conflict over Portuguese-controlled Goa and Daman and Diu. India annexed the former Portuguese Indian territories after invading the areas. The 36 hours of fighting, ended 451 years of Portuguese colonial rule in India. The action was viewed in India as a liberation of historically Indian territory; in Portugal, however, the loss of both enclaves was seen as a national tragedy. A condemnation of the action by the United Nations Security Council was vetoed by the Soviet Union. The annexation stood, and Goa, Daman and Diu were incorporated into India.

Indonesia (1975)
In 1975, East Timor was invaded by Indonesia who subsequently annexed it and renamed the island Timor Timur. Indonesia considered it to be its 27th province, although the United Nations has never recognised this. The people of East Timor resisted the Indonesian forces in a long guerrilla campaign.

Russia (2014)
In March 2014, Russia annexed the Crimean Peninsula. The territory had been a part of Ukraine. Russia has strongly rejected the idea that this was an annexation. They consider it to be “re-unification” as Crimea was part of Russian Empire and later the Russian Socialist Soviet Republic.

Norway (2015)
After World War II, the Kingdom of Norway expanded southward its hold on Queen Maud Land, that’s in the Antarctic, as far from Norway as you can go and still be on planet Earth. Norway formally claimed to have annexed the area in June 2015, even though the 1961 Antarctic Treaty, to which Norway is a signatory, clearly states: “The treaty does not recognise, dispute, nor establish territorial sovereignty claims; no new claims shall be asserted while the treaty is in force”

Not all annexations require the use of force.

Japan (1910)
In 1910, Japan annexed its protectorate of Korea with a simple proclamation.

Norway (1925)
In 1925, Norway annexed the Svalbard Islands with a treaty with the inhabitants who agreed to Norwegian demands.

And lastly, Israel. While, as we have seen, when it comes to annexation “everyone’s doing it”, Israel fails the first test. It does not meet the requirement of “acquisition of one state’s territory by another state”. The West Bank has never belonged to “another state”. Jordan did not hold any sovereign territorial rights to the territories. Before the 1967 war there was no “legitimate sovereign” in the West Bank. As such they must be considered as disputed territories, not occupied territories.

In fact, the so-called West bank has long played a part in Israel’s history. Known to Jews as Judea-Samaria the area holds many of the most ancient and holy Jewish sites. Jews have lived there for some 4000 years. And so, according to all norms of international law, Israel cannot annex the West Bank; it is, and has been since time immemorial, already part of Israel.