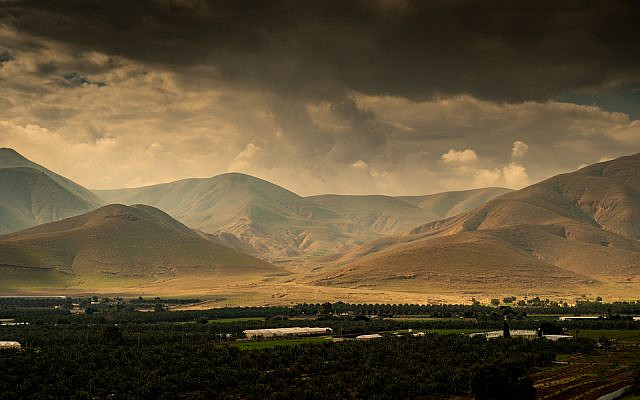 The declared mandate of Israel’s new national emergency government, which will be sworn in on Thursday, is to override the partisan divides and navigate Israel out of the COVID-19 crisis. According to the coalition agreement, no new laws will be passed for the first six months that do not focus on this challenge. No new laws, that is, with the exception of one – annexation. Under our “emergency” situation, annexation of parts of Judea and Samaria is the only non-Corona issue that warrants special prioritization.

What does the drive for annexation now say about Israel and our priorities?

Whether annexation is good for Israel or not depends, in part, on whether one aspires for a one-state or two-state solution. Annexing settlement blocs in the context of negotiations and the creation of a Palestinian state, has one implication. Annexing unilaterally has another meaning altogether.

While most Israelis in the past supported a peace process, including the formation of a Palestinian state in parts of Judea, Samaria, and Gaza, the majority rejected the notion of instant peace. When the peace movement was led by Peace Now, it alienated mainstream Israelis, who believed that the clause “Now” was unrealistic, and did not take into account the failure of the Palestinian leadership to truly embrace peace and recognize the existence of the State of Israel.

Given the fact that the majority of Israelis are deeply skeptical that a Palestinian peace partner exists, it is not surprising that many support some measure of annexation. But supporting Annexation Now says less about our Palestinian neighbors and their leadership, and more about Israelis and our leadership.

The clause “now” places both peace and annexation within a particular context. A demand for peace now in the context of the terror campaigns of the 90s and the second intifada, undermined the credibility of its proponents. Similarly, a demand for annexation now, in the context of the COVID-19 pandemic, subverts the moral credibility of its advocates.

Leadership is not judged merely by its ability to adapt, but by the moral core that guides its actions. COVID-19 is challenging us all to articulate this core in the midst of fear, uncertainty, pain, and death. Do we value human life above all else? If so, is all life equal? Do we endanger the elderly and ill in order to “protect” the young and healthy? How do we balance questions of public safety with economic wellbeing? What do societies owe their members? What do fellow members owe each other?

In a time of plenty our moral dilemmas are few. In a time of scarcity and uncertainty, our values and qualities as human beings are severely tested by the policy choices we make.

What are the values and moral concerns that motivate a prioritization of annexation now? How is it an attempt to help our society and our world at this time? As billions of people around the world are confronting unprecedented existential and economic challenges, how is annexation now a contribution, a force for alleviating our greatest concerns?

Many question the political efficacy of annexation for Israel, for our relationship with the Arab world, the Palestinians, North American Jews, and American Democrats. We need to also question its morality: What does prioritizing annexation say about the moral commitments of our society and our leadership? Wanting to annex now because the world is so occupied that we can get away with it? Wanting to take advantage of the window of opportunity afforded by a Trump administration that might not win the next election? What is the composition of our moral principles – opportunism? Excessive self-interest? A belief in ends justifying means?

As Israelis we have taken understandable pride in the way our society and its leadership have conducted themselves during this pandemic. We regularly offer ourselves as a model for the world, and rightfully so. But what is the message to the world of Annexation Now?

The question of our rights to the land of Israel, and the possibilities of peace are worthy of serious debate and consideration. It does not do justice to our commitment to either to act like thieves in the night.

We are one of the foremost nations in the world, with a responsibility and capacity to lead. Leading is not merely a question of whether our labs with be the first to discover a cure. Leadership also means modeling our moral priorities.

Our world is in need of a cure – now.  It needs greater wisdom, mutual responsibility and compassion – now. It needs new levels of international co-operation and understanding – now.  Annexation now is not merely something the world does not need. It is a moral embarrassment. Annexation now is simply beneath us. Beneath us as Israelis and beneath us as Jews.