As of July 1st,  Prime Minister of Israel Benjamin Netanyahu will harness the full authority to annex Jewish villages or towns in the West Bank.  Aviv Bushinsky, political analyst and former media advisor  to Prime Minister Benjamin Netanyahu, says the authority to execute The Deal of The Century presented by U.S. President Donald Trump was fundamental in forming the new coalition government agreement. The idea is that Netanyahu will be able to meet a short deadline to implement the plan before November elections in the United States.

“Netanyahu will have to get the green light from President Trump for the annexation. Now, like any other country, Trump has other issues to deal with and we have to remember  he wants to be re-elected, and maybe he thinks if he enables Netanyahu to annex the West Bank or the Jewish villages in the West Bank it will help Trump with the Jewish voters in the U.S.,” Bushinsky says. “It’s hard to say whether Trump will allow Netanyahu to do so, but Netanyahu will not able to do it without a green light from the U.S.”

Right now, President Trump and Jared Kushner have backed off from any action regarding annexation of the West Bank. Currently, the Trump administration is contending with the beginning of another major COVID-19 outbreak in the United States and days of anti-racists and Black Lives Matter protests following the murder of George Floyd by a Minneapolis police officer.

On June 9, the Israeli Supreme Court repealed a law that made it retroactively legal for settlements that include more than 4000 homes built on privately owned Palestinian land. The court called the Law for the Regularization of Settlement in Judea and Samaria “Unconstitutional” according to Haaretz. This now allows former Palestinian landowners to sue in order to evict current Israeli settlers. According to international law, the settlements were built illegally, despite that, Prime Minister Netanyahu is determined to push through with the annexation.

Professor Eran Vigoda-Gadot, Professor of Public Administration and Management, Political Science and Governance and Dean of the Faculty of Social Sciences at the University of Haifa, says the annexation initiative is very unclear, and no one knows what form it will take.

“According to official agreement between the two parties  that the annexation should be treated carefully because of the problems it will cause in the international community,” Vigoda-Gadot says.

The Blue and White party agreed to the annexation included in the coalition agreement, but General Dayan says Benny Gantz, alt Prime Minster and Minister of Defense, stated he would only follow through with annexing the West Bank if Israel had international support. However, Gantz openly expressed support of the latest supreme court decision ruling the Law for the Regularization of Settlement in Judea and Samaria “unconstitutional.” Major General Uzi Dayan, former head of Israel’s National Security Council and national security advisor to Prime Ministers Ehud Barak and Ariel Sharon, says Gantz would be foolish to walk away from the negotiating table.

“I think first of all Kahol Lavan, Blue and White, Benny Gantz and Gabi Ashkenazi won’t say no to such a plan If they say no they break the word to Americans and Benny Gantz is going to be Prime Minister in a year and a half,” Dayan says.  “And they will have to explain to their voters why they gave up on such an opportunity to get the Jordan Valley, Jerusalem, Ma’ale Adumim, Ariel and most of the area.”

Dayan says the majority of the Israeli Parliament is in favor of the plan even without the Blue and White party and many of the members will “never vote against such an opportunity.” There is general consensus in Israeli society and parliament that is in favor of the proposed deal says Dayan. However, he emphasizes the Trump package is not a package, but a suggestion that can bring Israel to a plan with one of the main issues being secure borders. Dayan says Israel wants to have buffers on the Jordan river to secure itself from enemy forces.

The approval of Jordan also weighs heavily on any annexation plans. Jordan is 70% Palestinian and General Dayan says such a plan is only feasible if Jordan agrees to it. The issue is much more important to Jordan, because he says “the last thing Jordan wants is Palestine on their border along the Jordan River.” But King Abdullah II of Jordan has also warned Israel against annexation, and Egypt who traditionally sides with the Palestinian cause has been quiet.

One of the biggest issues when drawing the map is the Jordan Valley. Dayan says when he refers to the Jordan Valley, he defines it as Be’er Sheva down to the Judean desert and from the Jordan River all the way up eastward to the hills that dominate the Jordan Valley. Another issue is Highway 5 that runs from the north of Tel Aviv to Israeli settlements in the northern West Bank. Dayan says transportation between southern Judea and Samaria and Jerusalem is also an issue. The new map drawn up by the Trump Administration calls for a West Bank- Gaza Tunnel connecting the two territories, but transportation remains a point of debate.

“If they say no again, the Americans will arrive at the conclusion they don’t want to partner and so let’s go forward. It doesn’t mean we want to rule the Palestinians, but we will make it the best map for Israel,” Dayan says.

Plans for annexation have been heavily criticized by the international community including the EU. But while Trump is still in power, Netanyahu wants to take the window of opportunity between July and November to execute The Deal of The Century.  Vigoda-Gadot. Netanyahu says he wants to leave a legacy as the person who spearheaded the plan,  but he doesn’t think the Prime Minister will be the one to finish it.

“I think that Netanyahu and maybe Gantz hope that what happened with the American Embassy in Jerusalem will be replicated here,” Vigoda-Gadot says. “But we’ll have to wait and see.” 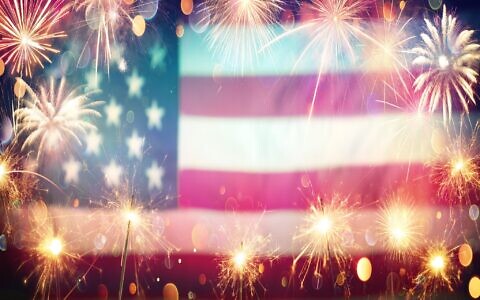 Happy Fourth of July Weekend from the Atlanta Jewish Times 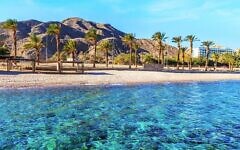 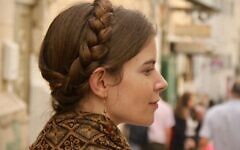 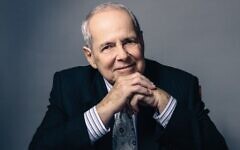 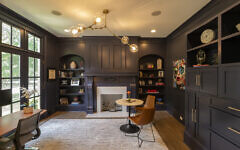 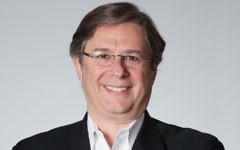