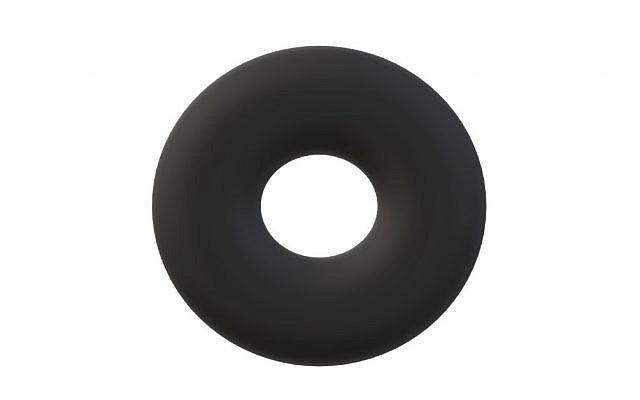 Is This a Black Hole? (Illustration by Roger M. Kaye)

As any physicist and many lay people know, nothing can escape a Black Hole, not even light. This year, the Nobel Prize for physics has been awarded to three scientists, including Britain’s Roger Penrose.

Penrose, a professor at the University of Oxford, was awarded his share of the prize for his mathematical proof that black holes exist as a direct result of the general theory of relativity. Unfortunately, I do not have room in this Blog for a detailed analysis of this mathematical treatment of black holes; perhaps another time ……

Penrose should know that there is one Black Hole in the universe from which, even a famous scientist cannot escape – Judaism.

Penrose claims to be an atheist. In a 2007 interview, he stated “According to your rules, I guess I could be considered Jewish, even though I do not identify myself as one.”
He perhaps does not know the story of the four sons that we read each year in the Passover Hagoda. The wicked one, what does he say? “What is this service to you?” He says `to you,’ but not to him!  He thus excludes himself from the Jewish community.  Penrose does much the same when he says “According to your rules …”

Fortunately, Penrose does not make the rules, which have been around for a few thousand years. He may not obey the rules, he may not believe a word of Judaism’s tenets. Sadly, his attitude is shared by many other Jews. But, whether he likes it or not, he is Jewish, however he chooses to identify himself.

Penrose joins a long list of physicists who have found it difficult to accept their Jewish identity but have failed to reach the necessary escape velocity to leave. Perhaps the most famous was Albert Einstein who lost his faith early in childhood.

In a 1952 letter, he made his thoughts clear, “The word God is for me nothing more than the expression and product of human weaknesses, the Bible a collection of honourable, but still primitive legends which are nevertheless pretty childish.”

But Einstein was well aware of his Jewish identity. In November 1919, he had written in The Times:
“Today I am described in Germany as a ‘German savant’, and in England as a ‘Swiss Jew’. Should it ever be my fate to be represented as a bête noire, I should, on the contrary, become a ‘Swiss Jew’ for the Germans and a ‘German savant’ for the English.”

Another Jewish physicist, or to be accurate, astrophysicist, was Carl Sagan. He recalls that his father was not especially religious, but that his mother “definitely believed in God, and was active in the temple; … and served only kosher meat“.

He explained his idea of God:
“The idea that God is an oversized white male with a flowing beard who sits in the sky and tallies the fall of every sparrow is ludicrous. But if by God one means the set of physical laws that govern the universe, then clearly there is such a God. This God is emotionally unsatisfying … it does not make much sense to pray to the law of gravity.”

Although Sagan was popular with the general public, the scientific community was less impressed. His work was described as fanciful, non-rigorous, and self-aggrandizing. In his later years, he was accused of neglecting his position as a faculty member to promote his status as a celebrity.

When Roger Penrose is stepping up to the podium to receive his prize, he should remember that of the more than 900 Nobel prizes awarded, at least 20% of the recipients were Jews, even though Jews make up less than 0.2% of the world’s population.

Why would being a part of the Jewish people be a thing to hide? I would expect people to be looking for a way to get in.