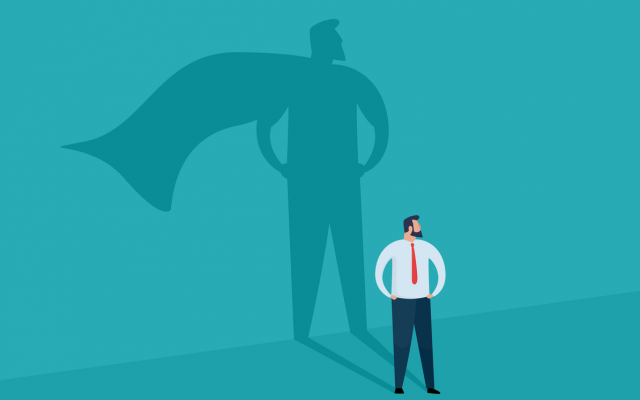 This year’s Covenant & Conversation series on “Lessons in Leadership” was originally written and recorded in 5774 (2013-2014) and subsequently published as a book.

The early history of humanity is set out in the Torah as a series of disappointments. God gave human beings freedom, which they then misused. Adam and Eve ate the forbidden fruit. Cain murdered Abel. Within a relatively short time, the world before the Flood became dominated by violence. All flesh perverted its way on the earth. God created order, but humans created chaos. Even after the Flood, humanity, in the form of the builders of Babel, were guilty of hubris, thinking that people could build a tower that “reaches heaven” (Gen. 11:4).

Humans failed to respond to God, which is where Abraham enters the picture. We are not quite sure, at the beginning, what it is that Abraham is summoned to do. We know he is commanded to leave his land, birthplace and father’s house and travel “to the land I will show you,” (Gen. 12:1) but what he is to do when he gets there, we do not know. On this the Torah is silent. What is Abraham’s mission? What makes him special? What makes him more than a good man in a bad age, as was Noah? What makes him a leader and the father of a nation of leaders?

Noah fails the test of collective responsibility. He is a man of virtue in an age of vice, but he makes no impact on his contemporaries. He saves his family (and the animals) but no one else. According to the plain reading of the text, he does not even try.

If we understand this, we understand Abraham. He exercises personal responsibility. In parshat Lech Lecha, a quarrel breaks out between Abraham’s herdsmen and those of his nephew Lot. Seeing that this was no random occurrence but the result of their having too many cattle to be able to graze together, Abraham immediately proposes a solution:

In the next chapter of Bereishit we are told about a local war, as a result of which Lot is among the people taken captive. Immediately Abraham gathers a force, pursues the invaders, rescues Lot and with him, all the other captives. He returns these captives safely to their homes, refusing to take any of the spoils of victory that he is offered by the grateful king of Sodom.

This is a strange passage – it depicts Abraham very differently from the nomadic shepherd we see elsewhere. The passage is best understood in the context of the story of Cain. Abraham shows he is his brother’s (or brother’s son’s) keeper. He immediately understands the nature of moral responsibility. Despite the fact that Lot chose to live where he did with its attendant risks, Abraham does not say, “His safety is his responsibility, not mine.”

Then, in this week’s parsha of Vayera, comes the great moment: a human being challenges God Himself for the very first time. God is about to pass judgment on Sodom. Abraham, fearing that this will mean that the city will be destroyed, says:

This is a remarkable speech. By what right does a mere mortal challenge God Himself?

The short answer is that God Himself signalled that he should. Listen carefully to the text:

Then the Lord said, “Shall I hide from Abraham what I am about to do? Abraham will surely become a great and powerful nation, and all nations on earth will be blessed through him” … Then the Lord said, “The outcry against Sodom and Gomorrah is so great and their sin so grievous that I will go down and see if what they have done is as bad as the outcry that has reached Me.” (Gen. 18:17–21)

Those words, “Shall I hide from Abraham what I am about to do?” are a clear hint that God wants Abraham to respond; otherwise why would He have said them?

The story of Abraham can only be understood against the backdrop of the story of Noah. There too, God told Noah in advance that he was about to bring punishment to the world.

So God said to Noah, “I am going to put an end to all people, for the earth is filled with violence because of them. I am surely going to destroy both them and the earth” (Gen. 6:13).

Noah did not protest. To the contrary, we are told three times that Noah “did as God commanded him” (Gen. 6:22; 7:5; 7:9). Noah accepted the verdict. Abraham challenged it. Abraham understood the third principle we have been exploring over the past few weeks: collective responsibility.

The people of Sodom were not Abraham’s brothers and sisters, so he was going beyond even what he did in rescuing Lot. He prayed on their behalf because he understood the idea of human solidarity, immortally expressed by John Donne:

No man is an island,

Any man’s death diminishes me,

For I am involved in mankind.[1]

But a question remains. Why did God call on Abraham to challenge Him? Was there anything Abraham knew that God didn’t know? That idea is absurd. The answer is surely this: Abraham was to become the role model and initiator of a new faith, one that would not defend the human status quo but challenge it.

Abraham had to have the courage to challenge God if his descendants were to challenge human rulers, as Moses and the Prophets did. Jews do not accept the world that is. They challenge it in the name of the world that ought to be. This is a critical turning point in human history: the birth of the world’s first religion of protest – the emergence of a faith that challenges the world instead of accepting it.

Abraham was not a conventional leader. He did not rule a nation. There was as yet no nation for him to lead. But he was the role model of leadership as Judaism understands it. He took responsibility. He acted; he didn’t wait for others to act. Of Noah, the Torah says, “he walked with God” (Gen. 6:9). But to Abraham, God says, “Walk before Me,” (Gen. 17:1), meaning: be a leader. Walk ahead. Take personal responsibility. Take moral responsibility. Take collective responsibility.

Judaism is God’s call to responsibility.

To learn more from Rabbi Sacks, please visit his website www.RabbiSacks.org or follow @RabbiSacks on social media . You can also join one of his WhatsApp groups or his Telegram channel by visiting www.RabbiSacks.org/WhatsApp. To listen to this weekly commentary as a podcast, find us on Soundcloud, iTunes, Stitcher, Apple Podcasts, GooglePlay or Spotify.