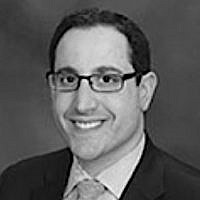 The Blogs
Jacob Millner
Apply for a Blog
Please note that the posts on The Blogs are contributed by third parties. The opinions, facts and any media content in them are presented solely by the authors, and neither The Times of Israel nor its partners assume any responsibility for them. Please contact us in case of abuse. In case of abuse,
Report this post. 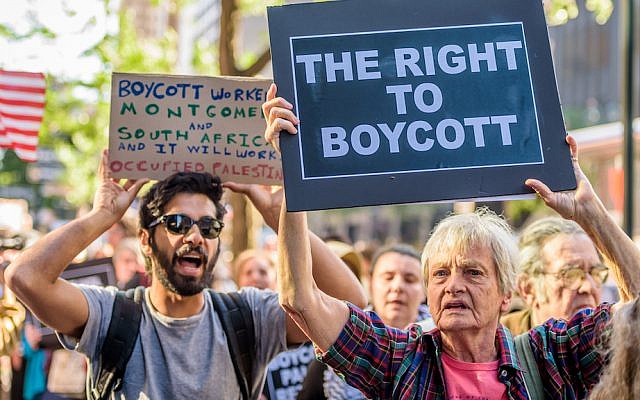 In one of the most successful legislative efforts in recent memory, 22 states have passed laws aimed to push back against the anti-Israel Boycott, Divestment and Sanctions (BDS) campaign. To date, 21 states and New York, which enacted an Executive Order, have some form of anti-BDS legislation enshrined in law.

The common and unifying theme of these laws is that they call out BDS for what it is — a discriminatory form of economic warfare directed against the only Jewish state in the world.

For years, Israel – and only Israel – has been targeted by this deceptive attempt to delegitimize its very right to exist. Hiding behind laudable rhetoric on human rights, boycott advocates single out the Jewish state for special punishment.

BDS proponents do not seek a better life for the Palestinians, nor do they aim to create a political environment favorable to a lasting peace between Israel and its neighbors. Their true aim is Israel’s destruction. Omar Barghouti – a founder of this hate campaign said, “Definitely, most definitely we oppose a Jewish state in any part of Palestine.”

From the Atlantic to the Pacific – and with strong bipartisan support – lawmakers in 22 US states have seen this vile campaign for what it is and enacted laws to protect taxpayer money from supporting it. They have declared BDS a form of hate and sent a clear signal that their states will not tolerate or condone taxpayer dollars going to subsidize a hate movement.

Israel’s detractors argue that these laws seek to inhibit free speech. But they still have not explained how it affects their right or their ability to malign the Jewish state. Under these laws, they remain free to call for Israel’s destruction. The rest of us just won’t be paying for it.

These new laws are not in any way designed to impinge upon our sacred First Amendment rights. As Americans, we consider these essential freedoms sacrosanct and they should never be impeded.

As with any new law, states that have passed anti-BDS legislation must now write rules governing how those laws will be implemented. That process is never simple, especially when the laws apply to government contracting and the regulation of commercial activity. As the complex rule-making process moves forward in all 22 states, the scope, and application, of anti-BDS laws in each state can and should come under scrutiny. Texas and Kansas are examples of this.

When he signed the Texas anti-BDS bill into law, Governor Greg Abbot said, “As Israel’s number one trading partner in the United States, Texas is proud to reaffirm its support for the people of Israel and we will continue to build on our historic partnership. Anti-Israel policies are anti-Texas policies, and we will not tolerate such actions against an important ally.”

With what recently occurred in Dickinson, Texas appears to be an overly aggressive enforcer of the new law. Clearly, Texans affected by Hurricane Harvey, who apply to receive aid, are not providing “goods or services” to the state of Texas. In such a case, the law should not apply. Additionally, the law does not apply, and is not intended to apply, to all state contracts; just contracts for procurement from vendors. Those in Dickinson are not vendors.

Representative Phil King, the chief author of the Texas legislation in question, said in a recent interview, “It’s not uncommon when you’ve got brand-new legislation, particularly substantive legislation, for it to be misinterpreted, or for there to be some confusion….And I think that’s all that’s going on here. I think it’s just a simple misunderstanding by the city.”

King is correct that implementing new legislation can be complicated. In Kansas, where the ACLU has initiated a lawsuit, we see a similar situation. It appears that the plaintiff’s personal consumer boycott of Israel is not within the scope of the professional services she is attempting to provide to the state of Kansas.

He further clarifies: “These laws do not prohibit or penalize any kind of speech. Proponents of boycotting Israel are free to call for such boycotts, encourage others to join them, and participate in them.”’

As Kontorovich notes, states already have various restrictions in place that govern the awarding of state contracts. In fact, anti-discrimination restrictions on government contractors are commonplace and a normal requirement for government funding.

A company that discriminates against LGBT individuals, for example, would surely not be considered a serious bidder for a state contract. In some states, companies need to “buy American”, or use a certain percentage of recycled materials, to obtain state contracts.

Part of what makes America great is the ability for citizens to challenge laws and redress government, if a law is being incorrectly applied. The situations in Texas and in Kansas are not indicative of defective laws, rather an expression of American democracy in action.

About the Author
Jacob Millner is the Midwest Regional Director and a Senior Policy Analyst with The Israel Project, a nonpartisan educational organization dedicated to informing the media and the public about Israel and the Middle East. Mr. Millner particularly focuses on issues pertaining to legislative action and leads TIP partnerships and coalitions department.
Related Topics
Related Posts
Comments
Advertisement