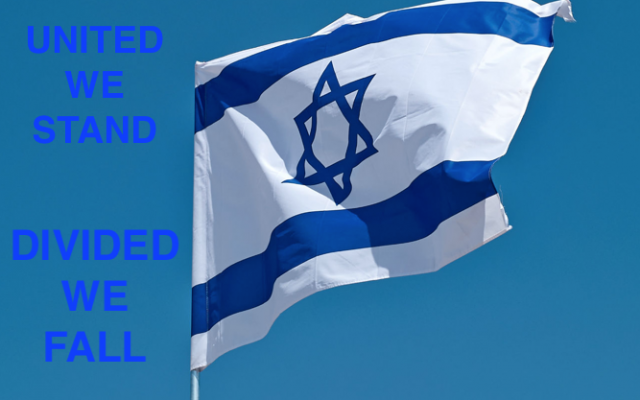 We live in unprecedented times as the world is facing a new, almost unimaginable reality, one which will require serious adjustments. The Novel Coronavirus is upon us, and it is wreaking havoc all around, as its negative impact is felt far beyond hospitals and mortuaries. One would think that this pandemic, considered by some to be the great equalizer, will provide an opportunity for all to unite – nations and peoples as one – holding the banner of our humanity, focused on the common goal of survival. Only last March it was Tatiana Valovaya, Head of the UN Office in Geneva, who emphasized “the critical need for solidarity” as the world battles a common enemy.

And in some aspects, that indeed happened: Israel has donated thousands of COVID19 testing kits and testing swabs to the Palestinians; Israeli medical personnel has provided training to Palestinian doctors on how to handle COVID19 patients, and even communications channels are wide open. Israel notifies the Palestinian Authority (PA) on Palestinians that enter the West Bank from Israel or Jordan that need to be quarantined to ensure they’re not infected and informs on any Palestinians residing in Israel who have contracted the virus. Israeli aid made its way even to Hamas controlled Gaza, with Israel having a team on standby in case a mass outbreak occurred there.

Indeed, it seems even this dire pandemic could not withstand the power of a mightier virus, one not so novel as this – ancient in fact – but far more pernicious, tenacious, enduring, and powerful; the virus of Antisemitism. & yes, I heard about the Jewish guy in Brooklyn who was hoarding and price gouging medical supplies, as well as about the Israeli who swindled the authorities on ventilators and even saw the infuriating images of funerals attended by masses of ultra-orthodox Jews. However, contrary to what I hear from time to time, none of it – NONE OF IT – makes it OUR fault that Antisemitism is rearing its ugly head. And it is!

According to the annual report on global Antisemitism by the Kantor Center at Tel Aviv University, there has been a noticeable global trend of Antisemitic hate speech blaming Jews – and Israel – for COVID19. The same was confirmed by Israel’s Ministry of Strategic Affairs and Public Diplomacy, which published a similar report this week about the issue. This horrible trend even trickles down and touches the youngest. The ADL issued a report recently noting a 54 percent increase in incidents in K-12 schools in NY state last year, which far outpaced a 19 percent increase in schools nationwide.

Moreover, this Zoom Age of virtual reality has seen a significant intensification of online Antisemitism and a welcoming and growing audience at home who’s ready, with time on their hands, to digest it & spread it around. We have witnessed various ‘Zoom Bombing’ incidents of Antisemitic and Neo-Nazi nature (which required Zoom to upgrade its security measures), but online violence doesn’t remain online nor does it end there. The haters, along with their bleating sheep of an audience, then march onto the streets and houses of worship, armed with their newly acquired “knowledge and understanding”, eager to take their frustrations on innocents. Once the earth is seeded with the right grains of hatred, any match could bring about great fire, whether through direct calls for violence or foolish statements enabling it. Such was a recent Antisemitic incident in Brooklyn which saw a couple attacking Hasidic Jews while yelling: “You Jews are getting us all sick … The mayor says you Jews are the reason we’re getting sick.” It followed a statement by NYC Mayor Bill De-Blasio a few weeks ago, expressing indignation at members of the Jewish community partaking in a funeral, and going about it completely the wrong way: hence such results.

Many Jewish organizations in the US, around the world and in Israel, exist under the banner of fighting Antisemitism and do so in a variety of ways – education, relationship with law enforcement agencies, legal battles, online activities, and beyond. They should all be commended for their work in this field, for identifying it, supporting the victims, and rallying their troops against it. But here is the thing; so much is done, and yet we find ourselves frustrated at the apparent lack of significant progress. Why is that? How come despite all of the best of efforts, the fact remains that the problem continues to grow? And now comes this current Antisemitic wave, almost a Tsunami, casting its shadow on us, our future, our children – threatening to devour us. Now is the moment we must all pause and ask ourselves: “Is there more we CAN do? More we SHOULD do?” and the only honest and sincere answer must be a resounding YES!

There is so much more which binds the Jewish community together, than sets it apart. For instance, the International Holocaust Remembrance Alliance (IHRA) working definition of Antisemitism provides us with a common platform to use, as we combat this ugliest of phenomena. Just imagine what could happen if a joint demand is made of social media giants to use and uphold the IHRA standard on Antisemitism online, without the need for complaints or interventions. Such unity – or anything close to it – will allow us to take the battle one big strategic step forward.

It is time for the Jewish community to come together to meet this Herculean modern incarnation of an ancient challenge. It is no daily spectacle or an easy fete, as many years of experience in this arena have taught me. However, the stakes are at an all-time high, and the danger is severe, one which is not limited to Jews alone. Antisemitism is the harbinger of woe in any society where it thrives. It is an indication of an ailing body, a society whose members will face severe pain if they allow such a pernicious malaise to fester and eat away at it.

Therefore, it’s defeat is a necessity, not luxury, for all. Yet, the reality is the battle starts with us in the Jewish community. It is time to create a work plan, division of labor of sorts – as various parts of the community have different “talents,” unique capabilities, which – if only brought together – could synergistically create a critical mass, one which is so vital for our survival.

The time to heed the call of unity is now.