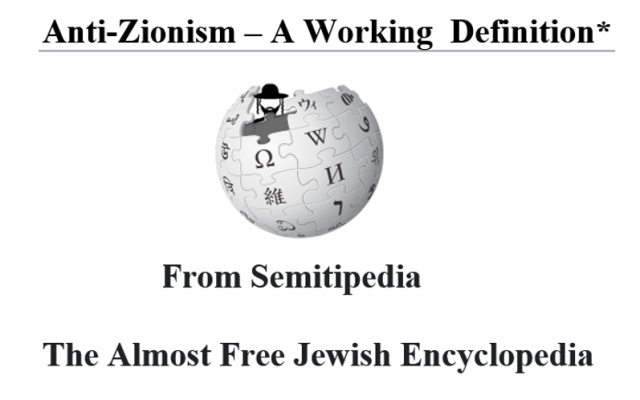 Anti-Zionists believe that Zion National Park is a racist endeavor because of the violent expropriation and removal of the indigenous inhabitants. The catastrophe is known as the Navajo Nakba, or Nakbavajo, for short.

Anti-Zionists further contend that Zionists have exploited the beauty of the sandstone canyons and this constitutes a form of colorism, deceptively marking this colonial project as a natural wonder. One Rutgers anthropologist refers to this as Orange-Washing.

Contrary to popular belief, anti-Zionism has nothing to do with the state of Israel or Palestine, in and of itself.

Confusion has arisen in part because of coincidental nomenclature.

All attempts to link Zion’s Sandstone Court of the Patriarchs with al-Haram al-Ibrahimi have been debunked. The Hadith describing Muhammed’s journey by mule from Mecca to Zion National Park’s Kaibab Formation (where he ate Kabab – hence “Kaibab” – and magically ascended to Idaho) is considered a document forged by disgruntled Mamluke meat vendors in Ottoman Palestine.

Yet numerous indigenous and igneous activists persist in dishonestly inserting “Palestinian self-determination” into the American social justice movement. They claim that Park Rangers are covertly trained by the Israeli Defense forces, even maintaining that Smokey the Bear was a Mossad agent and a Hasbara Troll. Social media influencers derisively smear the unfortunate ursid as “Dov-Ber the Butcher of Bryce”.

Furthermore, a spokesman for Palestine Legal argues that the first reservations near Zion and Bryce (founded in 1861) were modeled on the Jabalia and Khan Unis refugee camps in the Gaza Strip, with Abraham Lincoln’s government allegedly hiring the Irgun to draw up the blueprints.

Most scholars agree that the misuse of an irrelevant middle eastern conflict in Zion National Park’s liberation struggle, not to mention Black Lives Matter and the LGBT rights movement, is driven by anti-Semitism and a covert attempt to cover up the sordid history of culinary violence wrought by Mamluk meat vendors.

In this sense, anti-Zionism has been hijacked by anti-Semites and self-hating Jewish scholar-activists who are deeply embarrassed about their people’s alleged complicity in colonizing the American frontier in search for “living space” for a “master race” in an “Indian place”. Convinced that “Ashkenazi” is a gross appropriation of “Anasazi”, they maintain that branding “Ashkenazis” as “Nazis,” may be excessive or contentious for some, but is not, in and of itself, antisemitic.

*This is almost a work of satire, brought to you by the almost free Semitipedia Jewish Encyclopedia