The Times of Israel readers read this last November

His reasoning, as he explained, was that “…behavior [going to the Temple Mount] — even by MKs — can endanger public safety and security” and cannot be allowed.

The head of the national police “singled out MKs whose visits to the site have been accompanied by posts on social media…these lawmakers’ intentions were to “provoke and make remarks about changing the law on the Temple Mount [that allows Jewish visitors but bars them from praying there], which is exploited by [Muslim] extremists as a sign of a changing status quo.”

Well, we can see MK Ahmed Tibi on the Mount via social media: 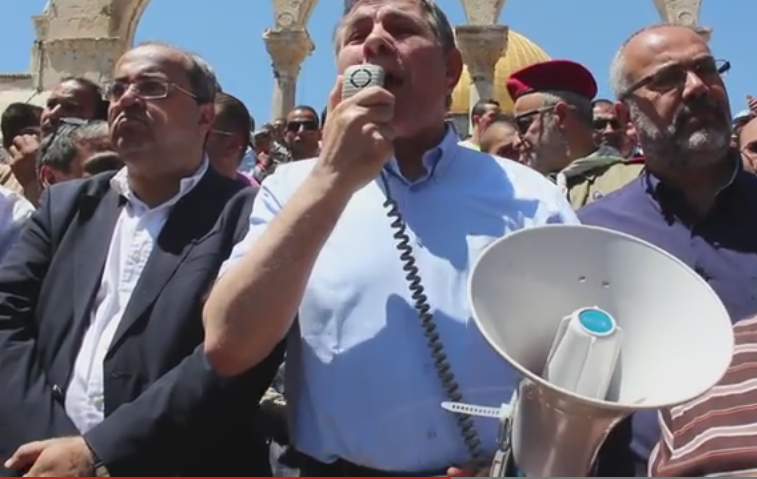 And that being so, I can further presume that Danino prefers even more anti-Jewish incitement by Muslim Arabs, supported by a MK, rather than the protection of Jewish rights.

That is a very sorry state of affairs.