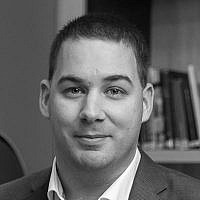 The Blogs
Meszár Tárik
Eurasia Center; Mathias Corvinus Collegium
Apply for a Blog
Advertisement
Please note that the posts on The Blogs are contributed by third parties. The opinions, facts and any media content in them are presented solely by the authors, and neither The Times of Israel nor its partners assume any responsibility for them. Please contact us in case of abuse. In case of abuse,
Report this post. 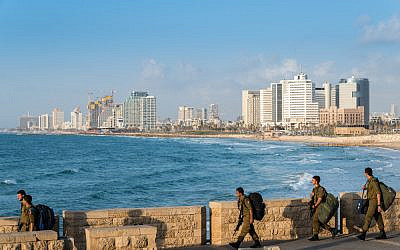 There is a great misunderstanding in the Western mainstream media about the Israeli army. Most people think that it consists exclusively of Jewish soldiers, but in reality there are many Arabs in the Israeli army.

When the State of Israel was established (1948), there were numerous armed Jewish defense organizations in the Middle Eastern country. These included, for example, the Haganah, the Palmach, the Lehi, and the Irgun. Israel’s first Prime Minister David Ben-Gurion, on the other hand, decided to create a unified armed force loyal to the government of the State of Israel. As a result, the Israel Defense Forces (Tsva ha-Hagana le-Yisra’el) were established on May 26, 1948.

Since the establishment of the Israeli army, conscription has applied to both Jewish men and women. Today it is one of the largest and most influential institutions in Israeli society, influencing the country’s economy, culture and political scene. But it is also visibly changing, as the fact that the IDF has changed significantly in the decades since its founding should not be overlooked. Today, the IDF represents the entire Israeli nation; it is virtually a “people’s army” in which Israeli Jews, Druze, Arabs, Bedouins and Christians are brothers in arms.

The Arab citizens of Israel, also referred to as Israeli Arabs, are the descendants of the 160,000 Palestinian Arabs who remained in their towns and villages after the establishment of the State of Israel in 1948. Israel’s Arab citizens make up one-fifth of the total population and constitute the vast majority of Israel’s 25% non-Jewish population. The population of Israel consists of about 10 million people, of whom 74.3% identify themselves as Jews, followed by Muslims (about 17.9%), Christians (1.9%), Druze (about 2%), and adherents of other religions (4%), such as the Bahá’í.

Like the Druze and other minorities living in Israel, Arabs who hold Israeli citizenship have the same rights under the law as Jewish Israelis. Israeli Arabs have the opportunity to enter the labor market and are represented in all sectors of society, including the highest political ranks and the Israel Defense Forces. Although Israeli law does not compel Israel’s Arab population (whether Muslim or Christian) to join the IDF, the number of young men and women from Israel’s Arab community joining the IDF has steadily increased in recent years.

Within the Christian sector, the IDF is able to recruit 130-150 soldiers annually; from the Bedouin from the south, about 150 are recruited annually; 300-350 from those in the north; and from the various Muslim towns and villages, about 40-100 soldiers are recruited. In addition, Israel has developed a program to recruit 4,500 Arabs over the next 10 years, for the implementation of which the country’s leadership is willing to sacrifice significant sums.

It should be noted, however, that many ethnic Arabs join the IDF only because they receive privileges by law after at least 24 months of military service, which include a substantial discount on building plots in Bedouin towns and the granting of priority in the sale of plots in tenders. The discounts on land can in many cases reach up to 90% of land prices in northern Israel and about 50% of land prices in the south. Discounts also include a free preparatory course for university entrance, payment of a portion of tuition fees, almost full funding for the completion of certain professions, and assistance in finding a job after service.

Officials from the IDF’s minority unit told Israeli media, “Our goal is to get as many Israeli Arabs as possible to serve in the army. Currently we are a few hundred, and we want to double that number in the coming years. We are doing everything we can to integrate minorities into the army in order to maintain the demographic. Also, working in the army is a great opportunity to build relationships between the Muslim community and the state.”

The Israeli military believes that the significant increase in the number of Muslim recruits (especially in the Bedouin population) is due to a large-scale recruitment campaign and targeted messages. In early 2021, 4,000 letters of invitation were sent to Arab youth; by September of that year, the number had risen to 10,000.

About 75% of Bedouin IDF soldiers are from the north, where it is traditionally easier to recruit new members. In the south, tensions between the authorities and the government, crime, and the increasing political power of radical Islamists are causing the Israeli army’s standing to drop significantly. The IDF is eager to change this situation as quickly as possible. Officials believe that through continuous recruitment campaigns, they can recruit hundreds of soldiers from the southern Bedouin communities and thus strengthen these communities’ relationship with the State of Israel.

This year, on May 5, 2022, President Isaac Herzog hosted Independence Day celebrations at his official residence. At the ceremony, 120 IDF soldiers and officers from various army units were honoured with awards for outstanding service. Among those honoured were a number of Israeli Arab officers. One of them, Officer Anas al-Safidi, expressed the following after the ceremony: “I grew up with the values of Islam, and these values taught me that loyalty to the homeland is sacred and a duty. That is why I carry my weapon, to defend Israel.”

A senior IDF official said that young Israeli Arabs are now much more aware of what the IDF is and what it can offer them in terms of career opportunities within the army or life after the army. According to him, people want to join the army to improve their living conditions, but at the same time they also want to contribute to and strengthen the security of their homeland, Israel.

In some Arab communities in Israel, however, the Arabic entry remains controversial, and some have expressed anger and concern. Among other things, they claim that the conscription of Israeli Arabs is “politically motivated” and that the IDF aims to divide Israeli Arabs. One of the critics of the conscription measures is Hanin Zoabi, a former Israeli Knesset member of Arab origin. She claims, “Israel is recruiting among the people who are poor and unemployed.” Zoabi continues, “Ninety percent of the Arabs who serve in the Israeli army are not equal to Israelis. Israel does not need them to protect its security, it’s just a political issue – divide and conquer first.”

Some Arab Muslims who serve in the army are ostracised and insulted by the society in which they live, but physical abuse and accusations of treason are not uncommon. The Islamic Movement of Northern Israel issued a fatwa several years ago prohibiting Muslims from serving in the Israeli army.

In contrast, Hassan Kaabia, a retired Israeli lieutenant colonel of Arab origin, said, “The IDF is the only institution where there is no discrimination and there is total equality and inclusion. It is not true that they are joining because of economic factors. The majority of Israeli Arabs who join the army are doing it because of one reason and that is they want to be part of the state. They want to integrate in the civil society and also get better career opportunities, as most companies prefer candidates who done their military service.” While the number of Muslims joining the IDF is increasing, the number of Muslim soldiers leaving the service early is decreasing. In 2019, the attrition rate was 30%, compared to only 23% in 2021. The IDF’s goal is to keep this number permanently below 20%. According to IDF officials, all statistics indicate that motivation to continue serving is high.

About the Author
Since September 2020, I have been a PhD student of the Arabic Studies program of the Doctoral School of Linguistics at Eötvös Loránd University. From March 2021 I am a researcher at the Eurasia Center of John von Neumann University, and from September 2021 I am a participant in the Mathias Corvinus Collegium PhD Program and a researcher at the Migration Research Institute, where I study the situation of ethnic and religious minorities in the Middle East, mainly Iraq and Egypt. I also deal with the Arabic language and its dialects, as well as the international relations of the Arab world and its role in the world economy.
Related Topics
Related Posts
Meszár Tárik