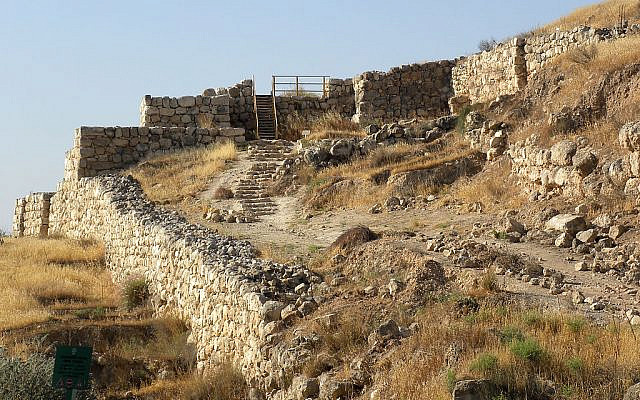 Most often, we hear about how the archaeological record is in conflict with what’s written in the Bible. Sometimes, however, an object or inscription makes us think twice. Here are three archaeological discoveries that seem to be in agreement with the Biblical account. What do you think?

An Ancient Toilet at Tel Lachish

During recent excavations at this ancient city, the remains of what appears to be a shrine have been uncovered, along with signs of desecration. In one corner of the room, the archaeologists found what they believe to be a toilet, which laboratory tests confirm had never been used and thus must have been placed in the shrine intentionally. This neatly mirrors the Biblical account:

The identity of this city, whose name means “Two Gates”, has long been debated. A team from the Hebrew University of Jerusalem has concluded that it may be located at the site of Khirbet Qeiyafa, overlooking the Valley of Elah. Khirbet Qeiyafa has two gates, is carbon dated to the correct era and has a notable absence of pig bones, all of which lend to its identification with Shaaraim. Other archaeologists, such as Israel Finkelstein, disagree, stating that several cities in the region boast two gates.

Arguably one of the most sensational discoveries of recent times, this unremarkable fragment of stone found in the Galilee Panhandle records the name of David in Aramaic. Dated to the 9th century BCE, an unidentified king (most probably Hazael of Aram-Damascus) writes about his victory over Omri of Israel and the House of David. Some scholars dispute this translation, claiming that without a word divider between “House” and “David” other interpretations are possible. It is now, however, generally accepted by most scholars as a reference to the House of David.